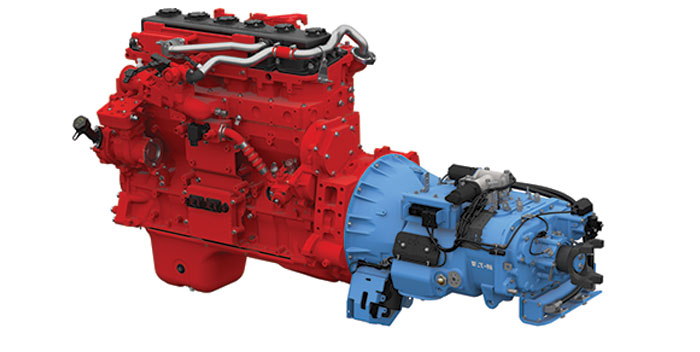 A joint venture between ACT Research Co. and Rhein Associates has yielded a new study, the N.A. On-Highway Commercial Vehicle Engine Outlook report. ACT’s foray into engine data analysis fills a void, but may leave readers of the report with questions about the type of data analyzed, what prompted ACT to start producing the report, and who can benefit from the information. For the answer to those and other engine questions, I spoke with Steve Tam, ACT’s vice president for the commercial vehicle sector.

“We’ve been bouncing around the idea of doing a report like this for quite some time,” Tam said, adding that the report is a product of the companies’ first opportunity to start gathering the engine data.

In terms of what data is analyzed, Tam explained that it is primarily shipments of engines for the heavy-duty market in North America. He added that the report will also cover engine-related news that transpired since the last report. Lastly, this will not be an OEM-versus-OEM comparison; the numbers will reflect the types of engines sold, such as premium versus non-premium (premium being those above 10 liters), without touching on how many any particular engine manufacturer is selling.

The first of these engine outlook reports was released in late June, and came bearing news that diesel’s dominance over the engine market was likely to decline by 2021. However, Tam said this takeaway may have misled readers into thinking this decrease will be more substantial than it’s likely to be.

“Right now diesel engines account for about 98.5% of the power in the Class 8 market. By the time we get to 2021, that’s probably going to be around 97.5%,” he said. “It’s going to give up 1% of its share but clearly maintain its dominance. And that 1% is probably going to natural gas and other alternative fuel engines.”

One of the biggest concerns of the engine industry is the upcoming Greenhouse Gas (GHG) 2017 regulations. Engine manufacturers have been working to meet emission and fuel economy requirements, which include onboard diagnostics requirements with enhanced monitors to ensure that exhaust tailpipe emissions stay within EPA limits. Along the way, these enhancements evolved with the addition of sophisticated onboard technologies, which not only control emissions, but also improve fuel economy, monitor engine and driver performance and provide a level of communication and information that helps fleets manage costs.

When combining improved aerodynamics, lighter weight or lower rolling resistance, fleets are running much more efficient and environmentally friendly trucks these days. “The industry’s already made quite a bit of progress, both at the truck and the engine level, toward meeting the standard,” Tam said.

For those looking for more engine data and analysis, ACT’s report with be published quarterly.