Our industry is beginning to learn about AGM power and care

Although not a new technology, Absorbed Glass Mat (AGM) batteries are new to the trucking industry, and there has been more than a little confusion surrounding their introduced into the market. AGM batteries promise longer life and greater capacity in the same size for starting (intermittent high-drain) and deep-cycle (long duration, low-drain) dual-purpose applications. However, they are more sensitive to overcharging and they also cost more. Whether AGM batteries are right to spec’ as new or for replacement depends on a fleet’s understanding of their benefits and limitations and its commitment to the technology in order to reap the rewards of less maintenance and lower cost of ownership.

Background
Traditional lead-acid batteries have been of the flooded cell type, in which a large volume of diluted acid (electrolyte) fills the cell cavity around and over the top of the positive and negative plates.

In AGM construction the electrolyte is completely absorbed in non-woven spun glass micro-fiber mats that act as separators and insulators between the positive and negative plates. The separators hold the electrolyte in place like a partially saturated sponge all the way to the top of the plates. Since the plates are not entirely saturated with acid, the description “starved acid” batteries has also been applied to AGMs, says Kalyan Jana, business development manager – specialty markets for Enersys, which offers the Odyssey brand of heavy-duty batteries. AGM batteries were invented in the early 1970s and introduced in 1985 for military aircraft, telecommunications battery backup systems, alarms and traffic signals.

In praise of AGMs
According to Doyle Choate, Director U.S. heavy-duty aftermarket sales, Exide Technologies, which markets the RoadForce AGM-200 battery, the AGM configuration allows for maximum utilization of the space available within the battery case through the use of taller plates. Since the case size is standard for a given group size, greater space utilization allows an increase in the cranking amps or reserve –– or both –– versus a flooded battery the same size. And it makes AGMs a drop-in replacement for flooded cell batteries of the same group.

Since some AGMs also can handle discharge down to 80% of capacity up to 400 or more cycles, they are often spec’ed for battery-powered anti-idling solutions or as dual-purpose batteries because they can cope with deep-cycle or hotel loads in addition to starting duties. They start at a higher voltage, and can recharge to a useable point up to 40% faster than conventional flooded batteries.

AGM batteries designed for deep-cycle use are ideal for external power sources like battery powered lift gates, HVAC, or APU equipment, Coleman adds. Since these loads are relatively low compared to engine cranking, the designs can be optimized for high capacity and long life. John Miller, Exide’s senior director, global product development, also points out that the vibration resistance of AGM batteries is as much as 14 times that of a comparable conventional flooded type. The AGM design provides increased insurance against both catastrophic and chronic vibration failures because the plates are compressed tightly together, sealed and under pressure.

Additionally, water never needs to be added –– and can’t be –– to replenish the electrolyte in AGM batteries. Normally closed relief valves allow an oxygen recombination cycle that suppresses the gassing and water loss that normally occurs when flooded batteries are charged, says Coleman. Since an AGM battery absorbs all free flowing electrolyte with its glass mat design, it is spill-proof and leak-proof and can be mounted in any position except inverted. This allows more options for housing the batteries on the vehicle. No spilling reduces corrosion of cables, battery boxes and other nearby equipment, saving expense, adds Miller.

AGM and flooded batteries perform similarly in hot climate use, Coleman explains. However, AGMs will be subject to shortened life in higher temperature environments. “We advise maximum operating temperatures below 122 degrees F to realize the beneficial life offered by AGM,” says Miller.

At the other extreme, AGM batteries are highly resistant to freezing conditions and offer longer life in colder climates. “Their lower electrical resistance provides higher discharge rate for quick power, especially helpful in cold weather starts,” according to Miller. Their initial higher current flow also is an advantage for AGM batteries in cold weather starting conditions, he notes. Odyssey AGMs, with their thin plate, pure lead (TTPL) technology, can work in extreme temperatures, from -40 degrees to 160 degrees F, says Jana.

The downside
With so many advantages, what’s not to like about AGM batteries? Bruce Purkey, president of Purkey’s Fleet Electric Inc., says, “AGM batteries are the next quantum leap we have to make as an industry, but they won’t fix all your problems.” He cautions, “You have to pay attention to what you’re doing.” The reason is because AGMs are sensitive to overcharging. Acid-starved by design, there is no extra electrolyte to spare when the battery heats up during charging, and no way to replace the fluid once it has boiled off.

Moreover, he says, many common roll-around shop chargers may produce severe battery damage from overcharging within only a few hours. Chargers designed to safely recharge AGMs can cost more than $1,000, which is a major expense if units are required in multiple shop locations. Also, battery testers may not be compatible with AGMs, or software changes may be necessary to read them properly. In some cases, new test equipment may be required.

Darry Stuart, president and CEO of DWS Fleet Management Services, agrees that many shops not only will need new chargers, but new training for their technicians. “AGM is a new technology that has its place, but you can’t charge AGM batteries the same way you have been charging flooded cell batteries.” You may need a new charger, he says, or a different procedure, but certainly better supervision of the charging process.

More densely packed with lead and with heavier cases to hold the internal pressure, a Group 31 AGM battery typically weighs 5 to 8 lbs. more than a comparable flooded cell battery, according to Miller.

Another disadvantage is that AGMs cost 50% to 150% more than comparable flooded cell batteries. The manufacture of AGM batteries involves additional processing steps and more expensive materials than traditional flooded cell batteries, making them more costly to buy. However, the life-cycle costs, such as longer life, less maintenance and less down time, could more than offset the initial acquisition cost, says Miller. With four AGM batteries per tractor, the extra cost adds up fast. But in many applications, a properly selected AGM battery pack will last longer than flooded batteries — often by more than enough to offset the premium price, says Coleman. In some applications, a smaller lighter AGM battery pack can match the life of a larger flooded pack.

Another issue affecting AGMs is what some fleets perceive as a disparity in warranty. If a flooded cell battery comes with an 18-month warranty, a similarly rated AGM might be warranted only for 24 months. Some fleets ask, “Why is double the price not equal double the warranty period?”

AGMs as a trend
Whether you want them or not, AGM batteries are here and interest is increasing. Electrical demand is growing during both key-on and key-off engine cycles. No-idling is a reality, whether caused by legislation, regulation, high fuel costs, or just the desire for organizations to adopt green practices, says Miller. AGMs, with their higher voltage and dual-purpose applications, have an edge. “You can’t get much more out of a flooded cell,” adds Purkey. “What’s killing batteries these days are loads that continue when the engine is off.” He explains that a typical fleet tractor may draw 72 to 75 amps from intermittent loads (such as starting, ABS brakes and the like), but the cumulative drain of loads that never go away can also cause problems. “An array of hotel loads –– 3 amps all the time for a GPS tracker, a little refrigerator drawing 4 amps –– can easily drain a battery over a weekend from total amp-hours used.”

OEMs are making the move to include AGMs in their standard offerings. The Daimler Truck Freightliner brands, which are equipped with DD15 engines and powered HVAC systems, come with AGM batteries standard because they meet the greater demand for cold-cranking reserve.

The lack of choice in whether to spec AGMs or not riles Carl Tapp, vice president of maintenance for P.A.M. Transport Inc. He feels an OEM imposed AGMs on him in a recent tractor purchase; he was surprised to find AGMs installed “unspecified” without a change order. He’s a believer in the technology, and that “AGMs may well be the future as well as a truckload carrier’s answer to battery problems.”

But he can’t understand why training has lagged so far behind the introduction of AGMs to fleets. As he sees it, “The problem is there has been no pre-work. Fleets and dealers aren’t equipped to identify, test, charge, or trained to handle AGMs safely. We knew more about EGR and DPFs for years before the products reached the market.”

According to Miller, “As with everything else in life, batteries have no silver bullet; no single product type is a panacea for all applications. In general, AGM offers multiple advantages in today’s operating environment.”

The speed of AGMs’ widespread appearance in the marketplace may depend as much on educating customers on their proper care as much as the benefits they can offer. As a final thought, Purkey notes that AGM is a different battery, but still a battery. “If charged enough, a battery works well. If not, it’s still just another dead battery.” 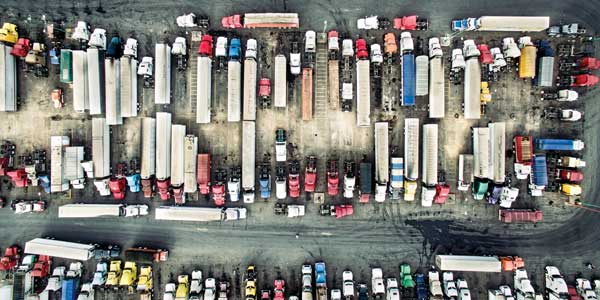 The Vantage Max Drive, an EPA Smartway verified drive position retread for linehaul applications on single and tandem axle tractors has been rolled out by Oliver Rubber.

Currently, every Stertil-Koni vehicle lift model in production and previously certified under the old standard (ANSI/ALI ALCTV-2006) has now been recertified to the new ANSI/ALI ALCTV-2011 standard.