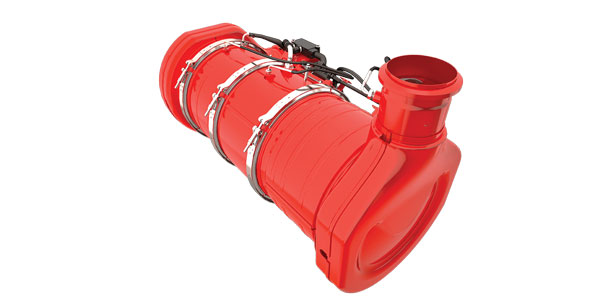 According to the manufacturers, the accumulation of a decade-plus of knowledge has informed the designs of new aftertreatment systems, and they are much improved compared to their earlier counterparts.

Aftertreatment systems (ATS), which were originally implemented as part of the ongoing effort to reduce greenhouse gases in engines, have acquired a reputation as something of a maintenance headache, especially in the earlier part of the decade when they were still brand new. I can see you nodding your head along to that description; but, according to the manufacturers, the accumulation of a decade-plus of knowledge has informed the designs of new ATS, and they are much improved compared to their earlier counterparts.

According to Simon Guest, director of marketing, product planning and product management with Cummins Emission Solutions, the improved ATS can largely be chalked up to the fact that manufacturer engineering teams have more experience with the systems.

“By leveraging our technical knowledge of aftertreatments from 2007 to 2016 and with reduced need for new-to-the-industry technology in 2017, Cummins worked to redevelop and refine the DPF, SCR and controls architecture,” Guest said, noting that specific examples can be seen in Cummins’ Single Module Aftertreatment System, which is in Cummins’ engine systems as well as those of other engine manufacturers.

There are three components to the engine aftertreatment system: the diesel particulate filter (DPF), the diesel oxidation catalyst (DOC) and the selective catalytic reduction (SCR). The DPF, in particular, has been a pain point for fleets in the past, but the entire ATS has to be looked at and dealt with as a unit.

According to the manufacturers, the use of single module or one-box aftertreatment systems has led to many improvements.

“Single module was designed to be smaller and lighter than its predecessors for several reasons, including reduced proliferation, which enables improved system level control while delivering ease of serviceability for components,” Cummins’ Guest said. “This system uses Cummins Emission Solutions UL2 Urea Dosing System, a liquid-only dosing system, which in combination with a new body mixer technology has increased conversion efficiency and reduced potential failure modes. Also, though not visible on the outside, improvements in tuning and controls have reduced the occurrence of faults.”

Another improvement for ATS systems is reduced need for regenerations, including parked regenerations—which means more time on the road for your trucks.

“In many operating conditions, these systems are self-cleaning, reducing the need for regenerations,” Navistar’s Nachtman said. “In many cases, parked regenerations have become a thing of the past.”

Detroit’s most recent aftertreatment system was released in 2016 to meet GHG ’17 requirements.

“With this update, we were able to extend diesel particulate filter replacement intervals and improve the SCR to increase efficiency at lower temperatures,” Daniels said. “The DOC was improved to allow for lower temperatures needed during dosing. These improvements help the system clean exhaust better at lower RPMs.”

Daniels also pointed to features geared toward vocational applications, including an auto-elevate feature that eliminates hydrocarbon buildup in the ATS by temporarily increasing exhaust temperatures by slowly ramping up RPMs while idling for a short period of time.

“For the mid-range market where we offer our Detroit DD5 and DD8 engines,” he went on, “we have a standard feature called Variable Cam Phasing [VCP], which opens exhaust valves in the engine earlier in the operating cycle to pass heat down to the ATS to keep temperatures at optimal levels. This significantly reduces the amount of parked regens needed and, in some cases, eliminates them.”

The future holds even more improvements for ATS and other engine components, according to Cummins’ Guest.

“Complementing our development approach, the introduction of telematics has fueled proactive and reactive reliability improvements. With faster detection of issues and their symptoms, we can proactively develop fixes and better engineer future systems,” he said.

So what else can fleets do to mitigate downtime in their engines?

“Proper upfront spec’ing and working with our experts to configure the truck to a specific application goes a long way in improving ATS reliability,” DTNA’s Daniels said. “The best things for the ATS are heat and pressure, because everything from cruise speed to the rear axle ratio can have an impact on optimizing these. Picking the right engine and power rating for their application is another way to mitigate issues. Detroit has several options that can be configured by updating parameters to manage idle time, turn on Auto-Elevate, and manage how the engine performs in PTO operations.”

“It is important that fleet operators address faults as they occur; waiting can cause progressive damage,” Cummins’ Guest said. “They should work through fault trees correctly and take a system level approach. If several faults were tripped there could be an interaction or a symptom of a larger issue, hence it is necessary to have awareness and take immediate action.”

You can’t forget about preventative maintenance with any truck component—it can reduce downtime and stop bigger issues from developing.

For ATS, the main thing to know is that the DEF filter requires replacement after some 300,000 miles. (Note: This number applies to Cummins’ system; check your own manufacturer recommendations for the correct replacement interval.)

When it comes to the DEF filter, DTNA’s Daniels warned that fleets should follow OEM guidelines and source a remanufactured filter, rather than having it cleaned by a third party; not following the OEM’s recommendations can lead to failures of the aftertreatment devices.

For a look at the aftermarket perspective on aftertreatment system, take a look at our story below.

A guide to today's aftertreatment systems: How they're improving and how to maintain them