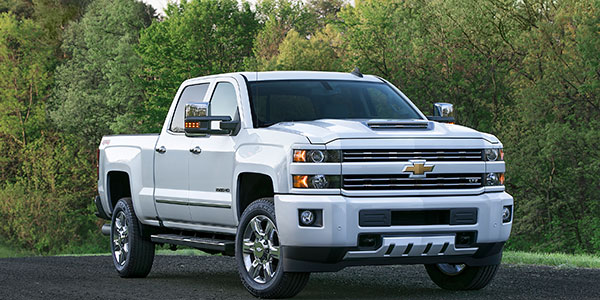 It is clear that growth in the use of alternative fuel and electric vehicles by fleets continues to expand. At the same time, an ongoing concern about the availability of a fueling and charging infrastructure is still giving some fleets a reason to hold off on deploying the latest offerings from a range of manufacturers.

Late last year, however, the federal government took a step that it hopes will help alleviate that issue: the U.S. Department of Transportation’s Federal Highway Administration (FHWA) announced the first of a nationwide set of alternative fuel corridors in November. Initially, 55 routes spanning nearly 85,000 miles in 35 states will serve as the basis for a national network of fueling and charging stations for natural gas, propane, hydrogen and electric vehicles.

This news comes as manufacturers continue to offer more alternative fuel choices. For example, including 2017 and 2018 models, Chevrolet and GMC will have more than 25 cars, trucks and vans that use alternate fuels or electric propulsion in their product lines.

To streamline the ordering and delivery process for fleets, PSI was also named General Motors Fleet’s preferred upfitter for CNG and LPG trucks. The provider of turnkey alternative fuel powertrain solutions will install fuel systems and other hardware and ship the vehicles directly to Chevrolet and GMC dealers in 50 states.

Chevrolet also announced it will offer CNG and LPG versions of its 3500 and 4500 model low cab forward trucks. The new Class 3 though 5 models in GVWRs up to 19,500 lbs. are available in regular and crew cab styles with 6.0-liter V-8 gas, 3.0-liter turbo-diesel or 5.2-liter turbo-diesel engines. 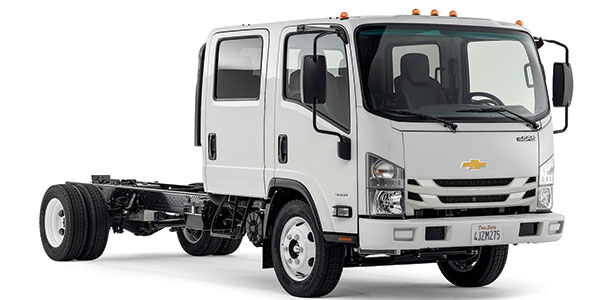 Other recent additions to the expanded lineup of alternative fuel trucks in GM Fleet’s portfolio are biodiesel (B20) capable models. Included are a Duramax 2.8-liter diesel for Chevrolet Express and GMC Savana vans and an all-new 6.6-liter Duramax diesel engine for Chevrolet Silverado HD and GMC Sierra HD pickups.

“Expanding choice is the key to helping more commercial and government fleets reduce their fuel consumption, fuel costs and emissions using alternative fuels versus traditional gasoline,” said Ed Peper, the U.S. vice president of GM Fleet. “There are no ‘one size fits all’ solutions for fleet managers.”

In the future, those choices may also include fuel cell electric vehicles. Last October, General Motors and the U.S. Army Tank Automotive Research, Development and Engineering Center (TARDEC) revealed a Chevrolet Colorado-based fuel cell electric pick up being developed under an agreement between TARDEC and GM signed in 2015.

Starting this year, the Army will use the vehicle to assess and demonstrate the capabilities of fuel cell electric propulsion and power generation systems, including quieter mobility, exportable power, low-end torque and water generation. While neither GM nor TARDEC released vehicle specifics, they noted that fuel cell propulsion has characteristics that can be valuable in both military and commercial applications.

“This project is another example of how fuel cells can play a role,” said Charlie Freese, executive director of GM’s global fuel cell activities. “We need to continue pursuing these opportunities along with our plans for production of a commercial fuel cell system in the 2020 time frame.”

Meanwhile, alternative fuels are already playing a growing role in helping the U.S. meet its 2015 pledge to reduce greenhouse gas (GHG) emissions by 80% or more by 2050.

Fueling choices: Fleets' use of alternative fuels continues to increase