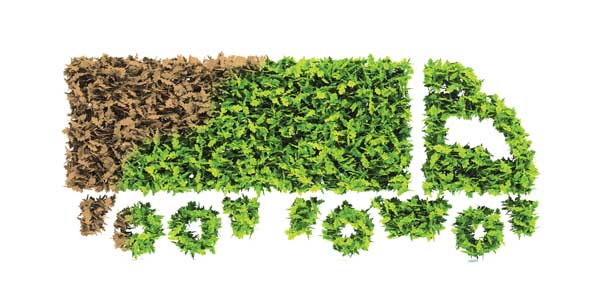 Recent years have seen a burgeoning interest in alternative fuels, from natural gas to fully electric trucks, in the trucking world. On the surface, it seems that much of the impetus for adoption of electric and zero emissions vehicles comes from government grants. Last year, for example, the Environmental Protection Agency (EPA) offered $26 million in grant funding for fleets to reduce diesel emissions. The EPA’s Phase 2 Greenhouse Gas rules also rewarded fleets that made a switch to cleaner fuels such as natural gas.

That could all be changing.

The Trump administration’s clear de-emphasis of environmental issues makes it easy to speculate that alternative fuel incentives will no longer be offered. President Trump’s proposed budget for 2018 would cut EPA funding by 31%, and the new head of the EPA, Scott Pruitt, has sued the agency on multiple occasions in the past while representing fossil fuel companies. There has also been talk that the new administration could do away with the Phase 2 regulations altogether, thus removing incentives for fleets to make a switch to alternative fuels. So what happens if the government stops incentivizing the use of cleaner energy?

We posed that question to Jim Castelaz, chief executive officer of electric powertrain makers Motiv Power Systems. Castelaz first wanted to dispel any misconceptions about the importance these laws have for adoption of alternative energy.

“The EPA and federal regulations and incentives have never been a driving force behind the adoption of alt fuels, especially of electric; that effort has been led, really for the past decade, by states like California and municipalities like New York and Chicago. Most fleets that are looking at electrification are not really looking at federal-level politics,” he said.

It’s at the state level where the alternative fuels action is still happening.

“We see California, in particular, increasing the amount of money for projects involving electrification and zero-emissions vehicles,” Castelaz said.

California has been a leader in this field, going above and beyond federal requirements, with regulations and awards from the California Air Resources Board, in particular, incentivizing the use of cleaner energy. Soon after the Trump became President-Elect, California Lt. Gov. Gavin Newsom told the New Republic that “the state has identified all the ways we can expect the Trump administration to assault our environmental rules and regulations. We have mitigation strategies—plans A, B, and C—and we are preparing a very aggressive counter-effort.”

It’s clear that California isn’t changing its alt fuels tune any time soon, but plenty of states will not be so aggressive in maintaining their environmental standards—will fleets in such states be affected by federal rule changes?

“It’s hard to imagine that there would be federal rules that would penalize cleaner fuel use,” Castelaz pointed out. “I don’t think they should be banking on federal incentives anytime soon for clean trucks and buses, but I don’t think it’s going to get any worse for those states.

“The markets that do have incentives are starting to see those prices come down, and as they come down, that’s going to open up things for non-incentive markets,” he added. “The more states that have incentives, the faster this market will grow and the sooner we can start to introduce the next generation of vehicle technology.”

All in all, regulations may change, but there are certain applications in which the use of alternative fuel sources will continue to seem attractive. Pickup-and-delivery applications, especially in cramped cities, are suited for electric trucks and other alt fuel sources to potentially provide a positive ROI. Recent news from the medium-duty market bears this out: Mitsubishi Fuso recently announced the eCanter all-electric truck; while Freightliner Custom Chassis Corp. (FCCC), Clean Energy Fuels Corp. and Green Alternative Systems partnered to provide a natural gas fueling system on FCCC’s CNG MT-45/55 chassis. There may not be a surge of natural gas or electric trucks on the roads anytime soon, but they will continue to have their place in the industry.

Advertisement
In this article:Alternative Fuels

Alternative fuels in the age of Trump