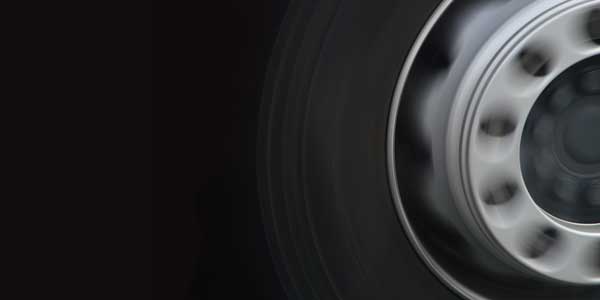 Recently, an established fleet maintenance manager—let’s call him Zackary—asked me to attend a regional meeting one of his vice presidents was having with his newly formed regional maintenance staff. I have great respect for Zackary and his success working with pervious fleets. The difference this time was that he had little control because his current employer is a large decentralized fleet. So in my opinion, he and his team will be like a school of salmon swimming upstream. They will lay eggs, and then DIE. But fleet problems need solutions—and that’s what we’re here for.

A big focus was on tires. Zackary had also invited a Tier 1 tire manufacturer, which included their team of cost reduction experts (even though none ever managed any fleets).

This fleet’s number one CSA score infractions are tires, with 8,000 trailers on the road and only two shops in their system and 80% of the work performed en route. Prior to Zackary’s arrival, the finance group decided to engage in an exclusive en-route tire program though one truck stop group’s network with the tire manufacture in question suggesting its helping to control the costs. The power units were primarily lease operators with on only 20% of the power and in the control of the decentralized companies.

Some of the basics put in place were: competitive cost for new tires and recap tires (Zackary thought). The recaps purchased on the road were cap and casings, with the casing later credited against the sale (good accounting here…), if the casing passed their criteria (that’s some cost control…). Additionally, the new tires were shallow replacement trailer tires (never mind what happens if no shallow recaps were available).

And if you’re starting to question the tire manufacturer, let me assure you that it was a Tier 1 supplier and a good brand in my opinion.

During the meeting, the focus of all attendees (except for me) was on data: collecting air pressures; tread depth data; sharing data via Bluetooth; analyzing data; distributing data; budgeting data. Clearly, too much coffee was available, which energized more demands for data, data, data. There was more: adjusting air pressure data, rotating tires data, tire matching data—all procedures offered as suggestions by salespeople. (You know, the guys who don’t do the work.)

It led to quite an exchange: fleet vs. sales, cost vs. perfect-world procedures. The exchange became lively, to say the least.

However, they were not wrong to focus on data, theoretically. So I asked each one of the focus groups: If given the chair of responsibility, recognizing that the majority of the basic data provided already by CSA infractions were tires, low pressures and—the number one cause—less than 2/32nds, then we already have the data, and the tire MFG had all the sales data of tires purchased, then what is their under-60-seconds, gut reaction decision on how would they approach the 85% plus CSA score?

The three reps said they would get more data, inspect the fleet’s 30-plus locations, drop yards, etc.

One of the experts replied, after great caffeinated debate, that it looks like we need to replace more tires at PM inspections. It took three hours to finally get out of someone in how to attack the problem as opposed to collecting more data and come up with an action plan.

“How about the fleet guys walking the yard?” I asked. “How long would it take to determine if new tires were needed and change the program? Then you could go to the high cost locations, bite the bullet and buy high quality tires to lower en-route repairs and lower costs working on CSA scores. Costs are through the roof buying them on the road anyways.”

The gentleman who suggested tires installed at PM explained that with a fleet in Pittsburgh had cut its cost by 34% and lowered their CSA score.

In summary, they already had data, wanting more data can paralyze a solution before its even started. How much data do you need? What you need is to do something. You can spend three months later and still be no closer to a simple solution. In this case, part of the issue was an internal edict from the finance group to curtail spending until the end of the year, which energized the decentralized leaders’ control because they wanted their year-end bonus (breeding salmons…).

When it comes down to it: Go fix the issues, quickly. Start with the basics: check the yards and install new tires quickly; put on tires at PM inspections if they will not run till the next PM. Do not wait for the last tire rotation—trade some 32nds for a lower CSA score and equipment uptime. As the New England Patriots’ motto goes, “Do your job.”