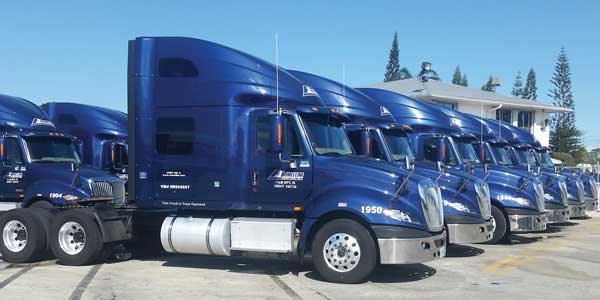 Now in his 50th year in the trucking business, Jeff Drury could easily sit back and talk at length about the many changes he’s seen when it comes to trucks. For the vice president of risk management, safety and human resources at Armellini Express Lines, however, there’s no time for reflection.

“Today, it’s all about safety and drivers,” Drury says. “In the current operating environment, our commitment to putting safer drivers in safer trucks has to be stronger than ever.”

Now headquartered in Palm City, Fla., Armellini Express Lines was founded in 1945 to truck cut flowers from New Jersey to floral markets in the Northeast. Managed by three generations of the Armellini family, the company is the largest transporter of fresh cut flowers in the U.S. and a provider of nationwide, scheduled LTL and on-demand truckload services for temperature-controlled shipments. 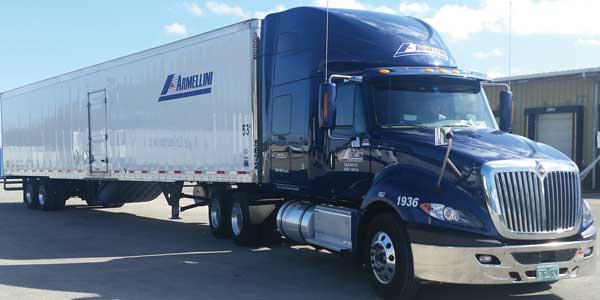 For Drury, the latest tractors and trailers in the Armellini fleet are a clear indication of the company’s willingness to invest in safety. “Our culture is about safety from top to bottom,” he says. “We know we’re making the right choices and realizing a return on investment in safety technologies and programs because we’re experiencing lower accident and breakdown costs.”

Armellini began equipping its trucks with Bendix ESP in 2010, and retrofitted its entire fleet with the video technology that later became the AutoVue Lane Departure Warning (LDW) System from Bendix CVS. The Wingman Fusion system uses a camera powered by the Mobileye System-on-Chip EyeQ processor.

Trailer specs at Armellini now include the Bendix TABS-6 Advanced trailer roll stability system. TABS-6 Advanced combines ABS with sensors that monitor stability, and can automatically trigger trailer braking when conditions that may lead to a rollover are detected.

The carrier’s transition to air disc brakes began about five years ago, and today, tractors and trailers at Armellini are spec’d with Bendix ADB22X air disc brakes.

“We first bought some tractors with air disc brakes in 2012, and then on another 35 trucks soon afterward,” Drury reports. “It wasn’t long before we decided to go with disc brakes on all new tractors, and three years ago, we added disc brakes on all the trailers too. Combined with active safety systems—such as those addressing collision mitigation and stability—air disc brakes help optimize safety performance in both tractor and trailer applications.

“The difference in performance, in brake life, and in serviceability with air disc brakes is also noticeable,” Drury continues. “Drivers like them because they stop the vehicle faster, and they don’t get hot and fade. The maintenance team likes air disc brakes because they last longer between relines, which lowers costs, and they’re easy to service.”

Looking ahead, Drury says that Armellini also plans to put the information gathered from its newest trucks to use by employing the SafetyDirect by Bendix CVS solution. “Linked to onboard safety technologies that wirelessly and automatically transmit real-time driver performance data and event-based information, including video, SafetyDirect will give us information we can use to assess trends and develop targeted driver training,” he says. 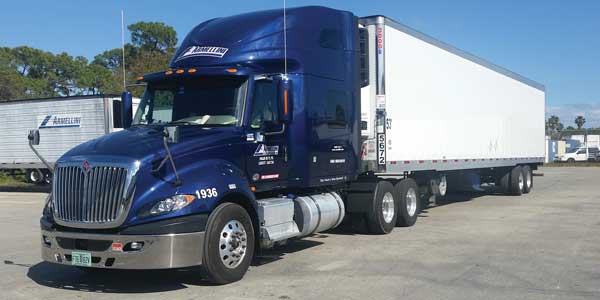 “We train our drivers on all of the safety technologies we’re spec’ing,” Drury adds, “and to overcome any concerns they may have about the new systems and solutions. It’s now part of our extensive driver orientation process. We also review safety technologies during regular driver meetings.”

Drury also reports that Armellini is having measurable success with the Pro-Tread online driver training system from Instructional Technologies Inc. (ITI). Included is a selection of more than 140 Pro-Tread lessons.

“One thing that makes Pro-Tread effective for us is ITI’s learning strategy,” Drury relates. “The instructional method requires drivers to master each subject before moving to the next. That has proven to improve safety in our operation, which we recognize with quarterly safety incentives and bonuses.”

Safety at Armellini begins before a driver is hired, Drury also notes. “We address risk management in the driver hiring process by vetting drivers based on background check information from Tenstreet Xchange employment verification software,” he explains. “We also have our own recruiters and our safety department perform background checks and verify all references.”

The Armellini approach to safety also extends to vehicle maintenance operations, Drury points out. “We have three shops with about 26 technicians, including our main facility in Palm City, Florida,” he says. “The staff is highly trained to inspect and service all of our safety technologies and has the full capability to maintain and repair power units, trailers and refrigeration units so our equipment runs safely, efficiently and reliably.

“All of those things make a difference,” Drury adds. “If we think it will improve safety, we’re going to try it. We’re always expanding our comprehensive approach to safety, whether it’s about technology, training or other programs. As a result, we’re putting safer drivers in safer trucks.”