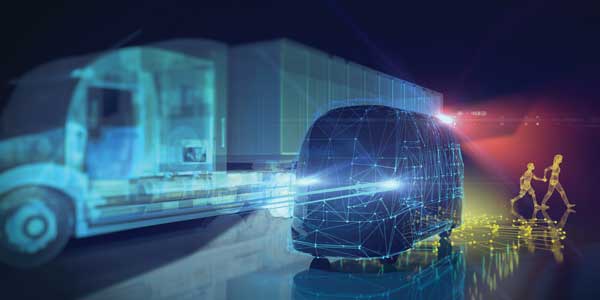 Our industry has been buzzing about automated trucks for several years now, including examining and addressing all the benefits and pitfalls. While our initial introduction to the technology seemed like an encounter with the distant future, like most innovations, the more we have talked about them and refined them, the closer they have come to reality. Automated commercial vehicles promise highly sophisticated safety features that not only increase fuel efficiency, but also lessen driver fatigue and reduce on-road congestion and air pollution.

As onboard technology developments for automated vehicles continue to amaze, I wanted to take a look at some of the basic components to get an idea of how multiple systems need to be developed and programmed together to work. At the recent North American Commercial Vehicle Show (NACV), Jon Morrison, president of the WABCO Americas business unit, stated that braking systems are the backbone of autonomous technology.

“In the future, we’ll be spending time talking to fleets about steering because steering is still something where there is a choice of steering from various OEMs,” Morrison said. “I’ve already spoken to fleets about active steering, and the OnLaneAssist, which is something that’s really even a step beyond that, in terms of replacing warning-only lane departure now with an active system, which corrects the trajectory of the vehicle. We’re definitely going to be spending a lot of time educating fleets about this.”

Morrison said that the good news is that active steering is already an established technology in cars.

“The features of active steering have both been in passenger car applications for years,” he said. “Now we’re merging it with the Shepherd gear and then putting it into commercial vehicle applications. Then, for OnLaneAssist, we’re using the lane departure camera that’s already been released and is out there.

“It’s not a gigantic leap, from the standpoint of technological advancement; rather, it’s combining technologies that have been established, either in commercial vehicle or in automotive, and adapting it to the commercial vehicle world. Then we go through our validation process in order to be able to release it. It’s not simple, but I think it’s a functionality that fleets are going to be able to take advantage of sooner rather than later.”

He went on to say that the company is going to be working on educating fleets on the benefits and working with fleet OEM partners on developing ways to bring in added features to provide benefits for fleets and their drivers.

While this merged technology is not yet available, Morrison said that WABCO’s goal is to launch it before the end of the decade—which is approaching fast.

“Our vision would be a launch between 2019-2020, at which time we would see it in commercial applications going forward,” Morrison elaborated. “Again, some of the other features, for example, road crown compensation, wind damping, things like that, these are active steering features that are available today in the passenger car world. We bring those into trucking. They would provide a tremendous opportunity to reduce driver fatigue, in addition to the safety benefits.”