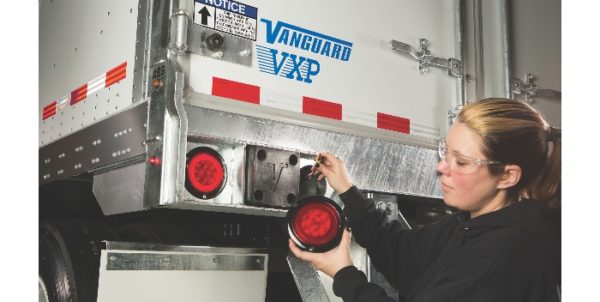 Compliance, Safety, Accountability (CSA) lighting violations or safety concerns often result from intermittent flickering of lights, diodes being out on LED lights, voltage drop on double or triple trailer configurations and non-functioning lights on the trailer.

“Just one inoperable lamp can make a law enforcement official suspect that the vehicle, the driver and the fleet may have deeper issues,” says Brett Johnson, president and chief executive officer of Optronics International. “Once authorities become interested in a vehicle’s operational status, a CSA infraction is far more likely. When a lamp is out, the vehicle can be more conspicuous to authorities thanks to that lamp’s absence. Consequently, everyone has a lot riding on the operational integrity of a simple $5 light.”

And an individual lamp may not be the whole problem, but may point to a larger issue with the vehicle’s power delivery system. Depending on the circumstances, it is generally much more efficient to maintain an existing electrical system than it is to repair or replace one. Regardless of the ambient environmental temperature, corrosion loves moisture. Whenever and wherever moisture gains access to a vehicle’s electrical and power delivery system, corrosion is bound to follow. The slightest breach in a system’s cables, wiring junction boxes and constituent component allows the corrosive process to begin in earnest.

“Cracked or damaged cables, wires, connectors, lamp housings and lenses are easy to spot,” Johnson notes. “However, the moisture that causes corrosion will likely have already entered the system by the time a problem has been visually identified.”

Time may heal some wounds, but not so for vehicle electrical systems, according to Johnson. The cables, wiring and lighting components on commercial vehicles are constantly exposed to harsh environmental conditions. Sustained and repetitive traumas cause systems to age less than gracefully, making them increasingly more vulnerable to failure due to corrosion. Fleets operating vehicles in particularly challenging climates must factor this in when working with drivers and maintenance crews. They should communicate to drivers that they have an obligation to examine and verify that a lighting and electrical system is in a safe operational condition before the get behind the wheel of a commercial vehicle.

The modular power delivery systems that come standard on most modern trailers should deliver years of service if properly maintained. Sadly, electrical and lighting systems won’t take care of themselves and may even have built-in weaknesses that could ultimately lead to system failure, CSA violations and a loss of asset value.

“Corrosive factors are ready to start acting on a system as soon as it’s installed,” Johnson says. “Fleets that have made corrosion prevention a priority will often have maintenance staffs install adhesive-lined heat-shrink tubing on all electrical connectors as soon as a vehicle is in their possession.”

He recommends examining each vehicle’s electrical system, particularly in high-moisture and impact-prone areas, such as above and behind tires, to identify any unprotected wiring or connectors. Vulnerable portions of the system should be augmented with protective coverings like boots, plastic looms, moldings or tubing. The extra protection will not only help resist liquid moisture and the effects of ice accumulation, but will lessen system damage from gravel and road debris as well. 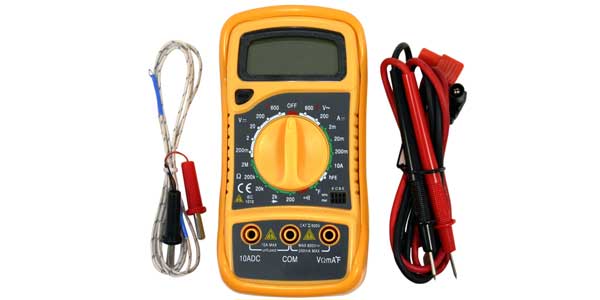 “Tractor OEMs have done a great multiplexing design job, which indicates if a light is out either inside or outside of the cab. Trailer lights, however, need to be tested in a different way,” says Bruce Purkey, founder and chief creative engineer of Purkeys.

Typically, trailers are tested in the shop using a professional or homemade system that provides power to the six power wires on the trailer and provides a good ground via the seven-way nosebox on the front of the trailer. The technician hooks up the power supply system to the seven-way nosebox on the front of the trailer, then walks around the trailer and looks to see if the lights are all functioning as designed. “While there is nothing wrong with this approach,” Purkey says, “it is limited as to what is tested. It simply shows that if the correct power [volts and amps] is applied to the circuits, the lights will work, at least in the shop. What is often forgotten is that the tractor must supply the correct power to the trailer via the seven-way cord during actual vehicle operation.

“To ensure all lights function as designed, both the tractor and the seven-way cord need to be tested under load. Often, fleets test with an LED light tester, which only indicates that there is power available to a specific pin in the seven-way cord.”

One way to keep these systems in good condition is to make sure the seven-way connections between the tractor and trailer are kept clean. He recommends rotating the seven-way cable during every PM so that the cable wears evenly and both ends get “scrubbed.”

Andrew Liuzzo, marketing communications specialist at Truck-Lite, notes that trouble-shooing onboard electrical and exterior lighting problems to ensure vehicle safety begins with a thorough inspection before the trip, focusing particularly on marker lighting, as non-functioning lamps may appear to be lit on a sunny day.

“We recommend looking for signs of field repair in the lighting electrical system, as the system’s performance correlates directly with the integrity of the wire harness,” he says. “Using a multi-meter to get to the root of an electrical system failure is much more efficient, reliable and cost-effective than swapping individual parts and ensures that the same failure won’t happen again.”

He adds that any field repairs should be conducted with proper procedures such as removing any corroded wire and using dual-wall, heat-shrinkable covering over any splices. The use of dielectric grease or spray with a corrosion inhibitor is a great way to improve a wiring system’s resistance to corrosion.

“Converting to an LED lighting system is perhaps the most surefire way to avoid CSA violations,” Liuzzo says. “Operating with an exponentially longer lifespan and a fraction of the current draw compared to incandescent lightings, an LED system is far less likely to fail or otherwise compromise a vehicle’s electrical system.” 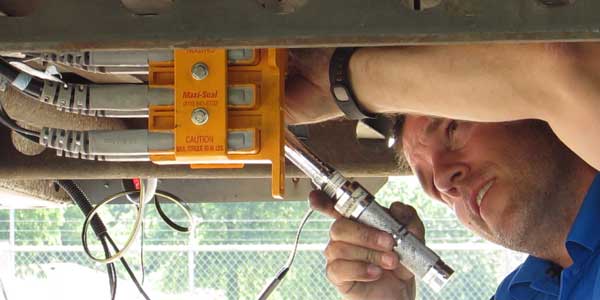 “For exterior lighting on a fleet’s trailer equipment, pre-trip inspections and regular preventative maintenance is always recommended,” Mark Assenmacher, director of marketing at Peterson Mfg. Co., says. “Inspect all connections for proper fit and observe that all lights are functioning properly.”

When using a sealed, modular trailer electrical system with no lighting issues, do not open up any modular connections at the distribution module or Weather Pack connections, he recommends. If there is a problem, Assenmacher advises you to start at the point of the problem and refer to Peterson’s Defender trouble shooting guide for the best maintenance practices to keep a fleet’s warranty intact.

“If a fleet specs a premium, sealed LED electrical system for their trailers the chances are it will come with weather-resistant connectors such as AMP-style, Packard, Deutsch or sealed molded bullets,” he adds, noting that not all electrical systems are created equal. “By spec’ing a fully sealed system of LED lights with sealed connectors and quality cable harnessing, a fleet will reduce their risk of potential CSA violations and problems later.

“Buying a premium sealed system for trailers may cost the fleet a marginal premium up front, but over the life of the trailer, the cost of ownership will be lower due to less maintenance, reduced down time, possible CSA violations, extended warranty, etc.”

Whether you operate a fleet of tractors, off-road utility vehicles, heavy-duty trucks, light-duty trucks or vans, trailers or even passenger vehicles, investing in LED lamps will return significant savings, according to Grote. With minimal downtime, less money spent on replacement lamps and less time spent checking and replacing lamps, your fleet will operate more effectively.

No matter what industry you serve, your fleet has four strategic goals: High profitability, high productivity, low downtime and low cost of doing business. Lamp performance, Grote says, plays a bigger role in those four goals than you might think. A single burned out lamp can lead to lost productivity, unexpected costs and increased downtime. Ongoing replacement of those lamps leads to further costs over the life of the trailer or vehicle. In the U.S., CSA infractions for lamp failure drive up operating budgets. Grote recommends that fleets look closely at the ROI value of LEDs to understand the long-term savings over the lifetime of a LED lighting system.

Lights aren’t the only connections to keep clean. Maintaining your lift gate connections is also imperative.

Eyink also notes that battery capacity is reduced in the cold; substantially so at extremely low temperatures.

You may decide that choosing a DC-to-DC charging system with temperature compensation is a solid solution. Eyink says that in the colder months, supplemental shore power battery charging may be the answer for some fleets that load at a building overnight and then set outside in the cold until the next morning’s delivery begins, if AC power is available at the dock. 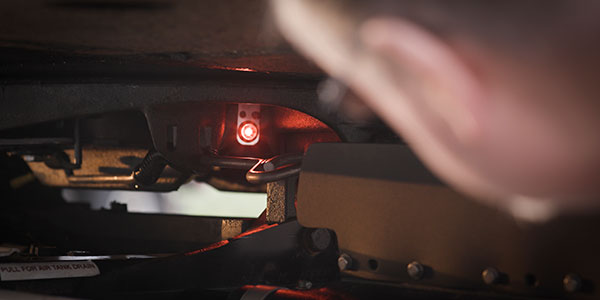 SAF-Holland touts ELI-te, its automatic lighting system built to ensure a proper coupling of the fifth wheel and trailer. The Electronic Lock Indicator technology-enhanced ELI-te Fifth Wheel Coupling Assistant is available as an integrated option on the Holland FW35 series fifth wheels. According to SAF-Holland, the ELI-te fifth wheel was designed to assist drivers with inspections, to bring greater awareness to a trailer mis-coupling issue.

When a trailer kingpin is properly coupled to an ELI-te equipped fifth wheel, four white LED lights automatically illuminate the kingpin and lockjaws to improve visibility. A failed coupling attempt triggers daytime-visible red flashing warning LED lights on both sides of the fifth wheel to alert drivers that the vehicle is not ready for motion.

Redeker also explains that the system’s sealed one-piece electrical harness is a one-connector assembly that requires only a low-current connection to the vehicle electrical power. For converter dolly applications, the electrical connection is designed to be compatible with ABS status signals. 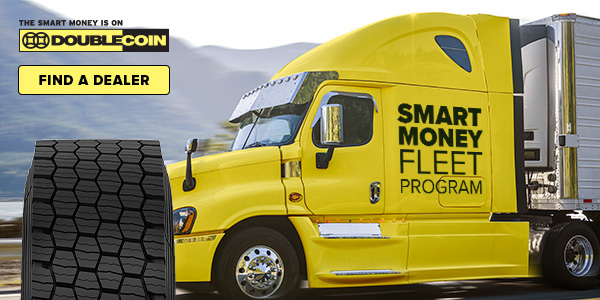