AxleTech and the coming expansion of electrified solutions 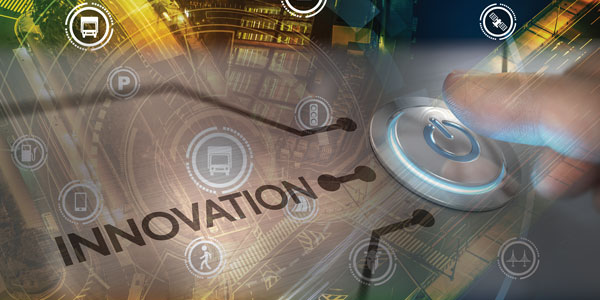 First came the electric trucks; both production models (Fuso eCanter) and concepts (Cummins, Telsa, Nikola and Kenworth). Now, the electrified components segment is charged with launch energy. At the Technology and Maintenance Council (TMC) Annual Meeting and Transportation Technology Exhibition, electrified solutions took center stage with Hyliion’s HE Drive Axle taking home the Jim Winsor Technical Achievement Award, Meritor displaying its electric axle and Great Dane and ConMet exhibiting the PreSet Plus Electric Hub, a regenerative braking technology that uses the electric drive system to capture the energy that is created when the brakes are applied, and uses that energy to supplement the drive power.

You’ll see fresh names along side tried-and-true truck suppliers as more electric truck equipment is brought to market. AxleTech, a company that has made a name for itself delivering solutions in the off-road and military segments, aims to make a splash in the Class 6 through 8 electric vehicle market in the fourth quarter, launching a suite of electrified products for these vehicles in 4×4, 6×2, and 6×4 configurations and beyond.

“In the past few years, we’ve seen an opportunity to be a leader in the Class 8 electric truck, e-axle and drivetrain technology segments,” said Bill Gryzenia, AxleTech’s chief executive officer, who returned to AxleTech in 2015 after serving as vice president and general manager of Dana Holding Corp.’s global on- and off-highway aftermarket businesses. Gryzenia explained that AxleTech has grown its global engineering team more than 70% in the past three years and has been snatching up patents ever since.

“We’ve secured more patents in the past 12 months than we have in the past 10 years across a variety of platforms,” he said, adding that many of those patents relate to Class 8 electrified truck products. In terms of targeted applications, Gryzenia explained that regional haul, delivery and drayage applications are a short-term reality, but the goal is long-haul, fully electric and range extended technologies.

“You have the believers and you have the disbelievers,” he said. “If you look at the math in the case of bus applications—the war is over. You’re going to see buses converting to electrification. And the math comes down to the cost of the battery. We haven’t quite gotten there with batteries when it comes to Class 8 long haul trucks, but for shorter distances, the math is already starting to work. When you look at the total cost of ownership with the truck in those applications, it starts to make sense. You’re seeing a lot of the largest fleets knocking on the door of the OEMs that we’re working with and they can’t wait to get their hand on electric vehicles. They see it as a way to save money.”

New players in the market mean a new way of looking at solutions. Mary Petrovich, AxleTech’s executive chairman, said that the company’s clean sheet design puts the drivetrain configuration between the wheels, including the electric motors and components, to leave plenty of room for the batteries.

“It’s an East-West concept compared with a North-South concept,” Gryzenia visualized. “Historically, the drivetrain on a truck is setup in a North-South arrangement with the engine, transmission, driveshaft and axle. An electric truck with an East-West drivetrain arrangement allows us to get all necessary components between the wheels. We’ve brought in experts in other fields such as thermal management to round out our skill set and offer a complete e-axle package.”

Many electric vehicle and component suppliers tout reduced maintenance as a total cost of ownership bullet point, and Gryzenia echoed those statements.

“You’re pulling out the engine, drive shaft and transmission and replacing them with an e-axle. Fewer parts means less maintenance,” he said. While the Class 8 OEM space is new ground for AxleTech, the aftermarket is not. The company has long served the Class 8 aftermarket, and that experience has informed its e-axle design.

“We’re being very careful in not inventing too many new parts,” Gryzenia explained. “When we have the chance to utilize existing wheel hubs. We incorporated those into our design, and used common parts in our electrified design. Our goal is to maintain the vehicle’s original structure with our electric powertrain system. We’re trying to make it easier for fleet technicians to service our electrified solutions and make sure that we’re speaking their language.”

Fleet Equipment will bring you more from AxleTech as the company readies its products for launch.