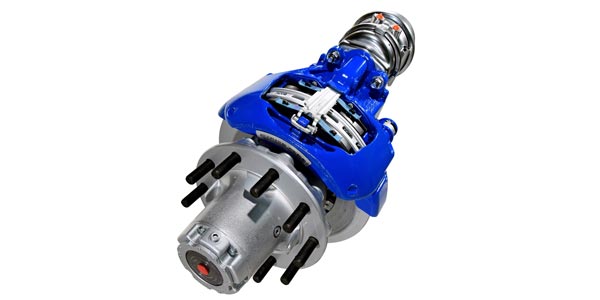 “Thanks to a new adjustment mechanism that’s engineered for increased vibration robustness while improving the running clearance between the friction and rotor, the new ADB22X improves pad life and reduces residual brake drag, which results in extended service life,” said Keith McComsey, director of marketing and customer solutions, wheel-end, at Bendix Spicer Foundation Brake (BSFB). “The adjustment mechanism is a proven piece of technology that we originally implemented with the trailer-specific Bendix ADB22X-LT, and its success, combined with positive feedback from fleets using the trailer air disc brake, made it an obvious choice for building on the success of the ADB22X family.”

The ADB22X is also now coupled with Bendix’s longest-life air disc brake (ADB) friction—the Bendix BX276 air disc brake pad – without sacrificing any performance, the company said. The BX276 model, which includes an additional 2 millimeters of thickness compared with its predecessor (the BX275), delivers an 8% increase in wearable volume, according to Bendix. In developing the BX276, Bendix says it also reformulated the friction to achieve an improved wear rate, resulting in a pad with up to 40% reduction in wear rate than its predecessor.

RELATED: What you need to know about air disc brakes as they increase in popularity.