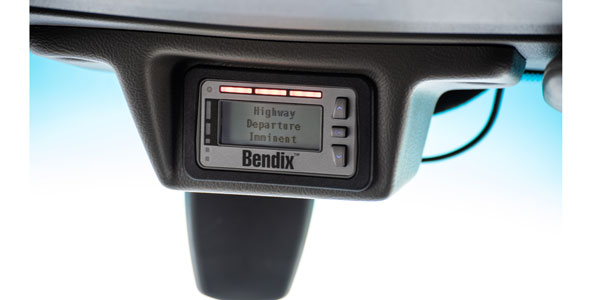 Bendix Commercial Vehicle Systems has announced a new generation of both its Wingman Fusion safety system and its BlindSpotter technology.

According to Bendix, the upgrades to Wingman Fusion consist of software upgrades, not a hardware change, so fleets using the current generation of Wingman Fusion will be able to upgrade some of the features to the next generation. The upgraded system is available now and will be offered by several major truck OEMs—Peterbilt, Kenworth, Volvo, Mack and International, specifically—in 2019.

Features of the newly upgraded Wingman Fusion include the following:

According to Bendix, the next-generation enhancements enable Fusion to now provide full braking power on the tractor, compared with the two-thirds power previously possible, along with pulsing air back to the trailer to provide trailer braking, whether or not the trailer has an ABS/TRSP unit. Combined with improved sensor and data analysis, this means that in many emergency situations, the system can reduce a vehicle’s speed by as much as 50 MPH. 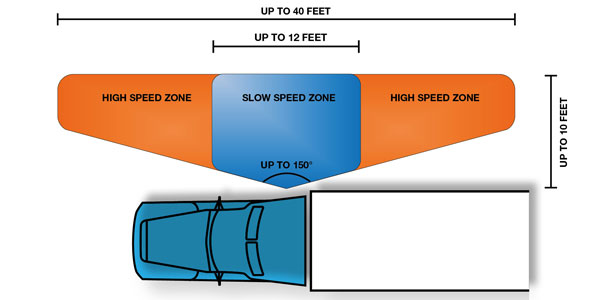 Bendix also announced upgrades to its BlindSpotter technology, which now has the ability to integrate with Wingman Fusion.

BlindSpotter uses a new side-mounted radar unit—typically installed on the passenger side of the vehicle but also available for driver-side mounting—to alert drivers to vehicles or objects in adjacent lanes. When connected to the vehicle’s J1939 CAN (controller area network), its new radar operates over a significantly wider field of view than the previous version, allowing it to “see” farther toward both the front and back of a combination or single-unit vehicle—up to 2.5 times farther in each direction compared to the previous generation of BlindSpotter, as seen in Bendix’s graphic above. Bendix noted that the new BlindSpotter maintains the look, size, position, and mounting hardware of its radar and in-cab display units, making it easy to upgrade from the current version or retrofit the entire kit.

Bendix also teased its forthcoming Intellipark system, which was announced last year and is now in the stage of installing on fleets for the final stages of testing for a 2019 launch.