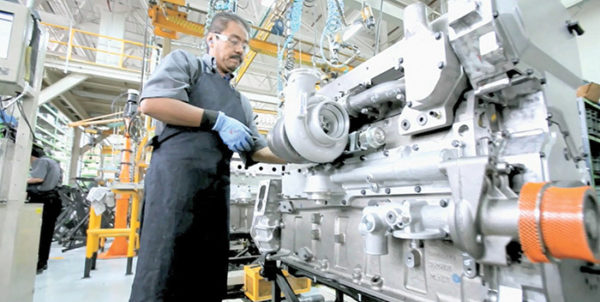 Class 8 truck orders are effectively booked for the remainder of the year. OEMs are at capacity and that means you’re going to need to breathe some new life into your tractors to pounce on the current carrier-favorable environment. So let’s turn our attention to remanufactured equipment and components. For many fleets, reman options, particularly in engines, have proven successful in meeting performance expectations. Before we dive into the reman details, we’re going to bust a few myths.

Despite terms like remanufactured, rebuilt and refurbished being used ubiquitously in casual conversation, there is a big difference between each of them.

“Fleets should be aware that rebuilt does not equal remanufactured, and that the term ‘reman engine’ gets used rather liberally,” said Clay Gaillard, ReCon engine product manager for Cummins Inc. ReCon is Cummins’s product line of remanufactured engines, long blocks and short blocks. “It’s important to know if all of the components in an engine are genuine OE parts, that the engine is built to the manufacturer’s original tolerances, and that it was dyno tested to ensure that it meets the required performance specifications.”

Galliard noted that Cummins ReCon does not simply tear an engine down and build it back up.

“When a core is torn down, it is disassembled to the last nut and bolt, and it loses all identity as a complete engine,” he said. “Parts that are never remanufactured—hoses, gaskets, etc.—or are obviously beyond repair are immediately scrapped, and the rest are sorted for further scrutiny and possible recovery. An engine that has had a catastrophic failure, a ventilated block or the like, may have many of its base components scrapped, but it’s very likely that at least some part of the engine is salvageable.”

“This is different than repair and return, or refurbished processes,” he said. “All reman products are validated by Navistar engineers, fully tested, and include durability in-vehicle testing. Navistar offers same warranty and functionality as OEM products at lower cost. If quality issues do arise, Navistar has a dedicated reman development team that employs comprehensive processes to correct any quality issues.”

“While many non-genuine aftermarket parts look the same as genuine, they are not typically designed to the same rigorous standards as an OEM component,” cautioned Richard Marcis, business development manager for Daimler Trucks North America (DTNA). “Components like turbochargers, fuel systems and aftertreatment devices have become increasingly complex and are critical to engine operation and performance. Detroit Reman’s access to blueprints, specifications and engineering updates allow us to remanufacture parts to like new conditions.”

Clearly there is more value in remanufactured equipment and components than simply refurbished options. While warranties and OEM support should come standard with reman equipment, it’s important to set performance expectations.

Myth 2: It’s like dropping a brand new engine into the truck

Not quite, but close. The engines rolling off the OEM lines right now will be far more operationally efficient than remanufactured engines. However, remanufacturing can add years of productivity to an already well-worn engine platform and has its perks.

“Reman engines and products are the same or better than OEM quality since all the updates and improvements are incorporated into the reman design,” Reiter said. “A truck that is in good mechanical condition and is planned to be in service for several more years can see its life cycle increased significantly by replacing the engine. The remanufacturing process also helps reduce the impact of overall product cost because reman reuses most of the existing components, reducing possible exposure to market volatility related to material costs.”

“Virtually every engine core has some value,” Cummins’ Gaillard said, noting that the value of a damaged core would be less than a core in sound condition. “When ReCon engines are assembled at the other end of the factory, remanufactured parts are used whenever they are available, and the rest of the parts will be new. A given ReCon engine is typically 40% to 60% new components, by part count.”

Both Gaillard and Reiter noted that remanufacturing offers extended life out of the engine, in most cases resetting the life of expectancy of the engine after the reman process, allowing for a second or even third life, as long as the truck chassis and other components hold up. 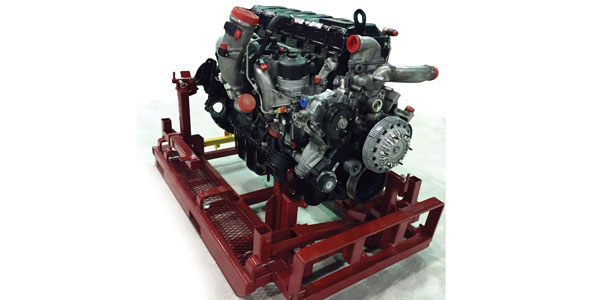 Not being able to get your hands on a brand new truck is a pretty good reason to consider remanufacturing if you’re having engine-related problems. Consider how new trucks are updated today: Engine and powertrain components often see refreshes sooner than cabs. If your tractors are sound and keeping your drivers happy, but your engines are strained, then remanufacturing can offer a cost-effective solution. In some cases, the price of a reman engine can be 20% to 30% less than a new one. Multiply that savings over any number of trucks and you see the appeal.

“Reman uptime is backed by a comprehensive OEM-backed warranty; it is the same warranty offered on new products, but at a lower cost which contributes to lower total cost of ownership,” Reiter said. “We strive to make have reman quality the same as, if not better than, new OEM products.”

Speed could also be a check mark in the “pro” column for reman.

“Because Cummins stocks so many ReCon models, equipment can get back to work fast,” Gaillard said. “A faster turnaround can save days versus an overhaul or non-factory reman, which can result in thousands of dollars in revenue that would have otherwise been missed, not to mention help keep the confidence of the fleet’s customers.”

While the most common reason to turn to reman is to boost productivity, reman may also be an option to leverage your truck lifecycles and pump some added value into assets that are going to turn around soon. Given that Class 8 OEMs have reached capacity, it’s reasonable to assume that values in the secondary market could rise. Investing in a reman engine to turn your truck into a better buying proposition for the second owner could pay dividends if you time the market right.

“Actual ROI will vary greatly by application, age of equipment, etc.,” Gaillard cautioned, “but a Cummins ReCon will almost always make a piece of equipment more valuable because a ReCon—all things being equal—has the same life expectancy of the new engine that was installed at the OE factory.”

DTNA’s Marcis noted that the flexibility offered by a replacement reman engine that can restore the original performance back to the truck provides a strong ROI cost position.

“Electronically controlled heavy-duty diesel engines, the first of which was the Series 60 in 1987, allowed for common hardware engines to have a wide range of performance options,” he said. “New and remanufactured Detroit engines continue to offer this same flexibility today, which certainly adds to the value of trucks in the aftermarket.”

There’s one last question that needs addressed: When wouldn’t you want to consider investing in a reman engine? This will likely come down to an engine case-by-case basis. Navistar’s Reiter listed a couple of cases:

For more on remanufacturing, read our story on reman ECMs here.

Columns: COVID-19 fuels the digital acceleration of the aftermarket