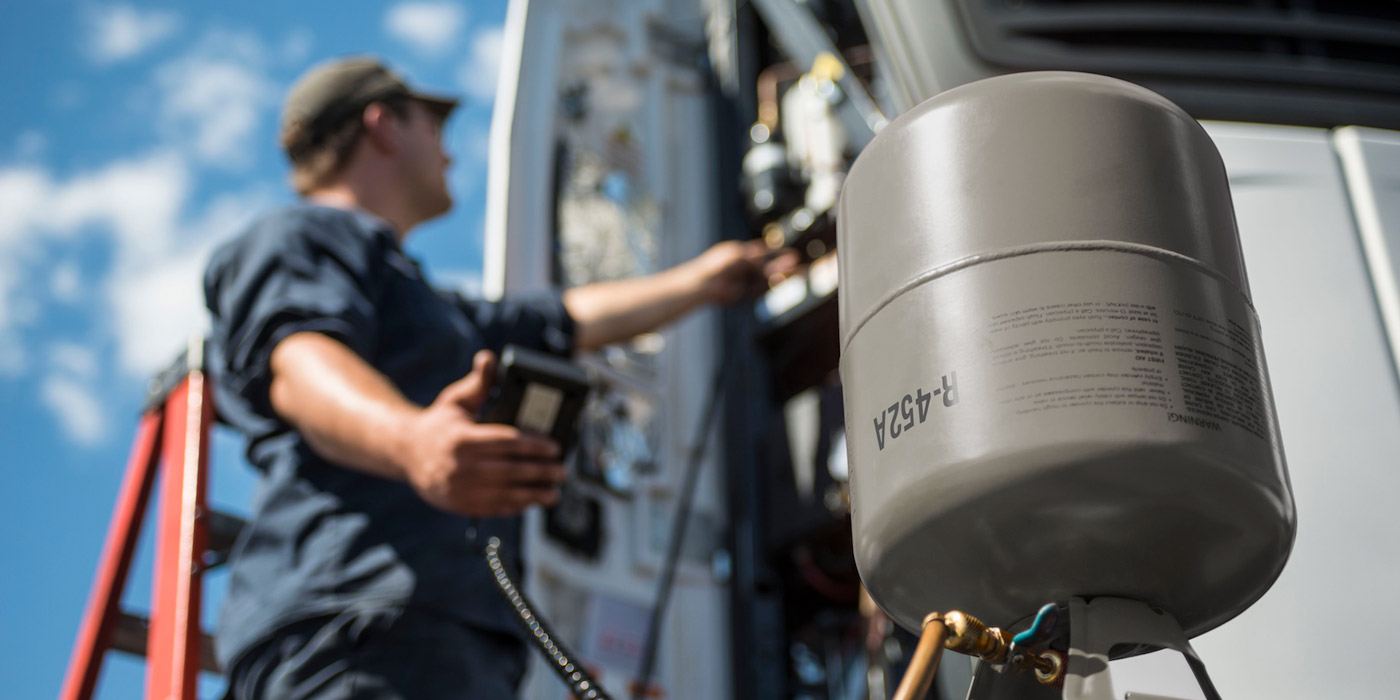 The California Air Resource Board (CARB) has proposed prohibiting high GWP refrigerants on new transport refrigeration equipment starting in 2022. Additionally, Canada has banned high GWP refrigerants for new transport refrigeration starting in 2025, in keeping with its plans to reduce greenhouse gas emissions in accordance with the Kigali Agreement of the Montreal Protocol. In the U.S., the Environmental Protection Agency has approved the use of R-452A for transport applications but has not prohibited continued use of R-404A.

While there are currently no retrofit regulations proposed, Carrier Transicold units already in service can take advantage of R-452A. For Carrier units with an electronic expansion valve, converting requires only an operating software update, the company says. On Carrier Transicold truck units and older trailer units that use a mechanical expansion valve, the valve will require a manual adjustment or replacement, depending on the model, the company adds.

Advertisement
In this article:Reefer, Trailers