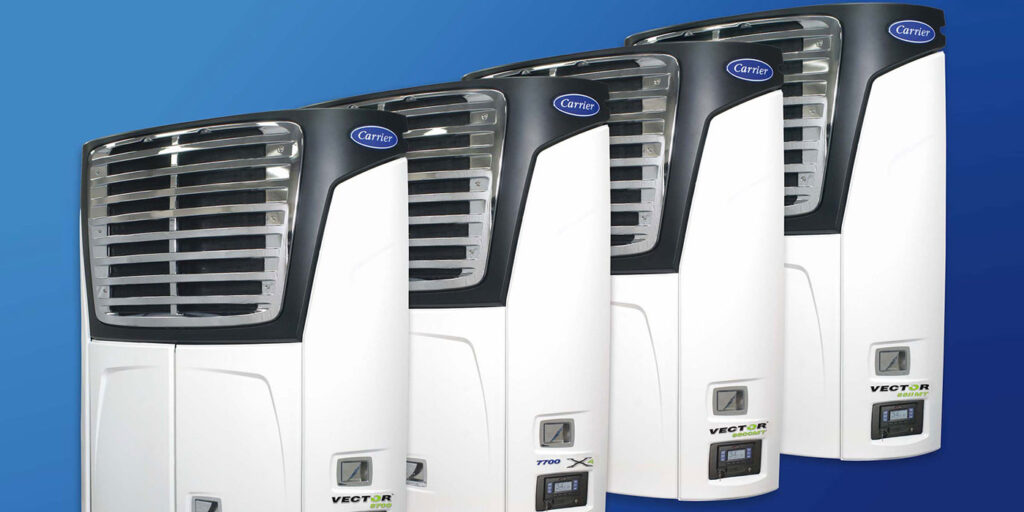 All four models also use R-452A, a CARB-compliant, new-generation refrigerant with a global warming potential 45% lower than that of the traditional TRU refrigerant, R-404A. Additionally, all are equipped with Carrier Transicold’s telematics solution for remote monitoring of temperatures, location, movement and system operating performance. To help maintain battery charge supporting the unit and
its telematics system, Carrier Transicold now also offers its TRU-Mount solar panel as a
factory-installed option.