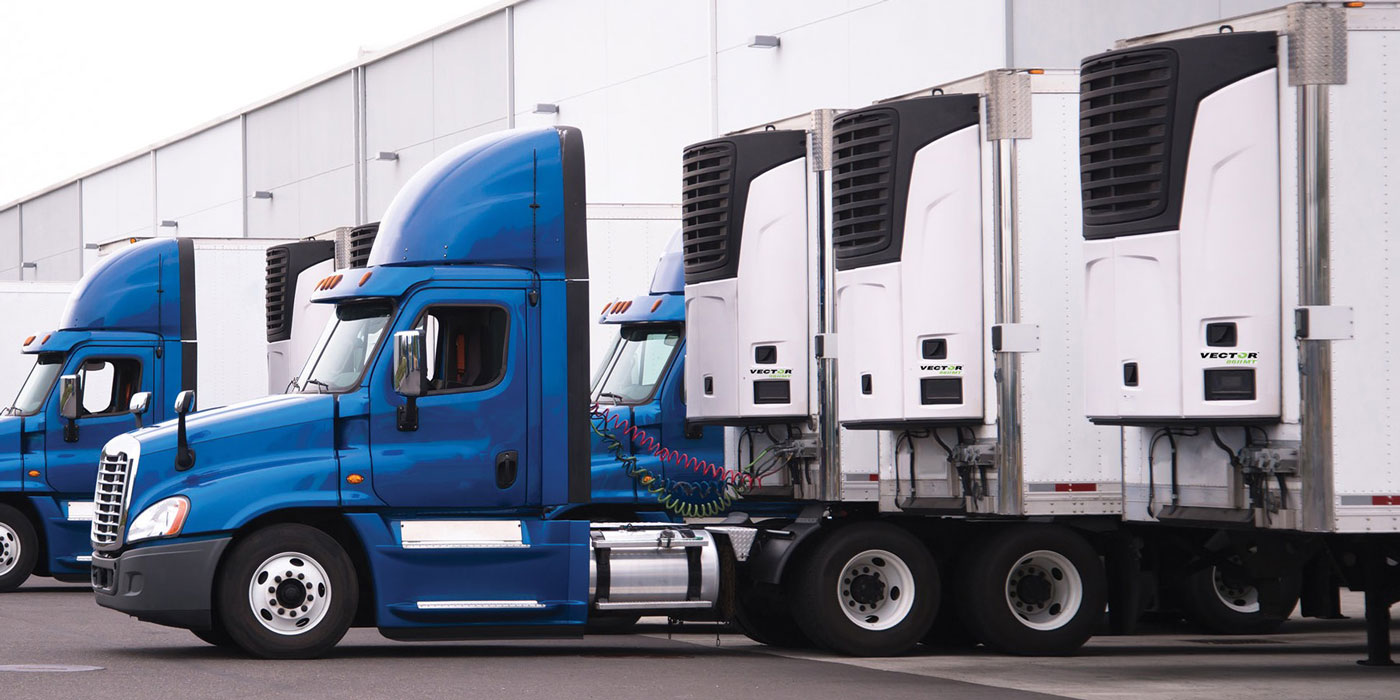 Introduced in limited production in 2019, the Vector 8611MT unit incorporates dual evaporators and fans into a single unit for two-zone cooling, with side-by-side compartments for perishable and frozen goods.

The Vector 8611MT unit uses E-Drive technology, the company says in which the diesel engine runs a 21 kVA generator that powers the all-electric refrigeration system. Vector units have built-in electric standby capability, so when parked for loading, unloading or staging, they can be operated via a separate power source.

Vector unit architecture eliminates most refrigerant valves and significantly
reduces the number of braze joints and potential refrigerant leak points compared to mechanically interconnected competitive models, the company says. The Vector 8611MT unit has independent air control, optimizing airflow and pulldown to both zones. If heating is required, the unit offers consistent electric heat, rather gas. This reduces system complexity and enables the unit to shut down the compressor and other refrigeration components during heating, resulting in fuel savings.

The unit provides 55,000 BTU of cooling per hour at a setpoint of 35 degrees
Fahrenheit and excels at freezing temperatures. For customers wishing to add a third refrigerated compartment, the system is pre-configured to enable easy installation of a remote evaporator from Carrier Transicold.