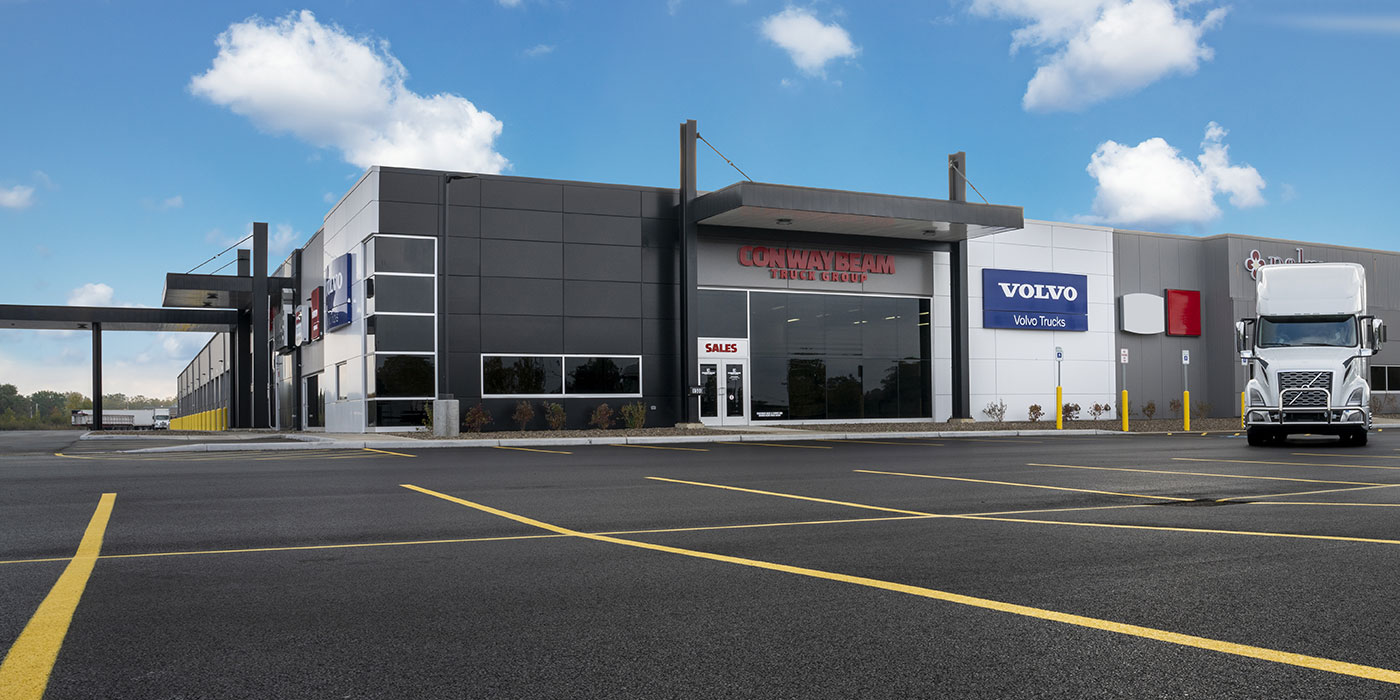 The facility is located on 25 acres at 1500 North America Drive. It features 51 service bays, including three compressed natural gas bays, a separate wash bay and an overhead crane. With 10,000 square feet of parts warehouse space, the dealership now offers approximately $1 million in parts inventory, the OEMs say. The group invested $16.2 million in this expansion of its presence in western New York.

In addition to expanding in size after previously leasing a smaller facility in the area, the new location also features several enhanced driver amenities, the company says. These include a covered service canopy for check-in, short- and long-term parking spaces available to rent, lighting and cameras for added security, and two designated office areas available to lease. There is also a driver’s lounge with reclining theater seats, a work station, and bathroom and shower facilities, among other upgrades.

Navistar's next step toward trucking sustainability