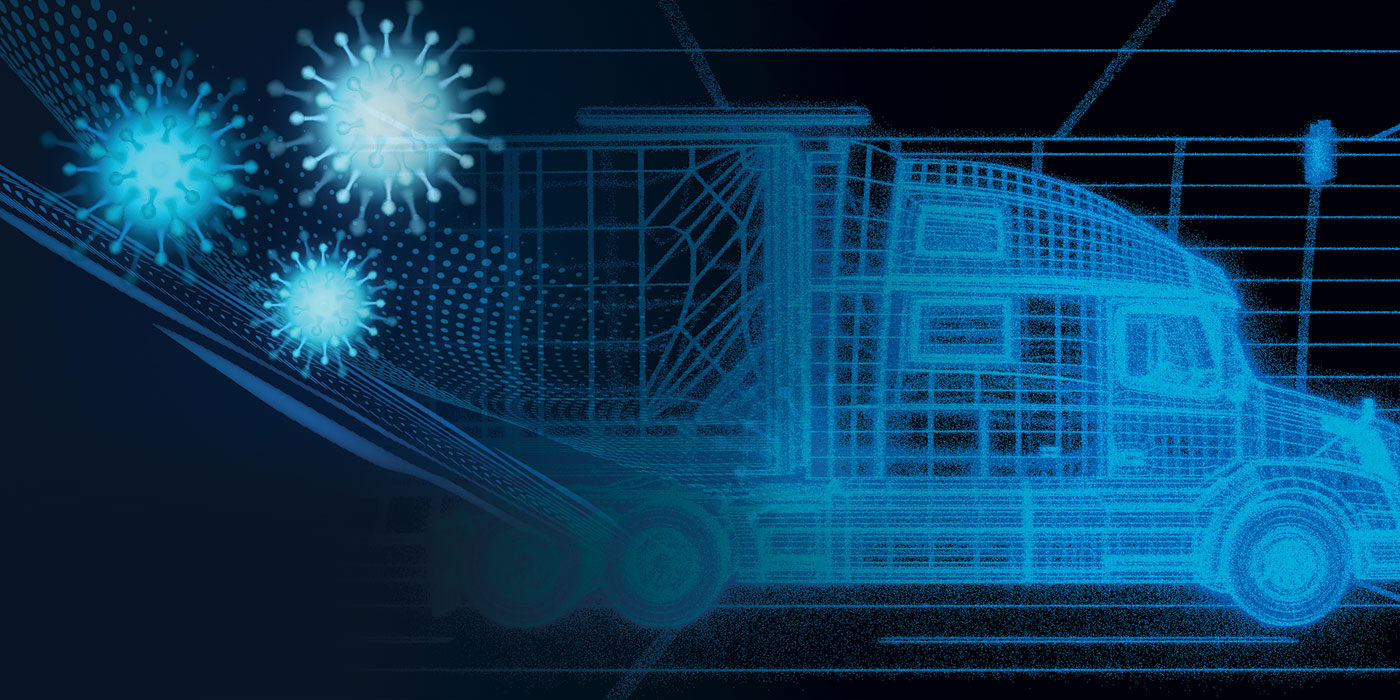 Every industry has been affected in some way or another by the current Coronavirus crisis, and trucking is no different; though as an essential service, trucks have been able to continue to run their routes and shops have continued to fix said trucks. While they might not face the same challenges as, say, restaurants, fleets do face an uncertain economic present and future.

Once the dust settles, hopefully with a relatively positive outcome for public health, we’ll have to reckon with the impact this has had on the economy, which has already been severe, from shutdowns of a wide variety of businesses to record unemployment numbers.

So let’s look toward the rest of the year. How will your fleet be affected? It depends on what segment you’re in and what you’re hauling; in short, whether your customers have been forced to postpone or cancel their shipments or projects.

“If you’re a flatbed fleet, it’s going to be an extremely tough year,” says Don Ake, vice president of commercial vehicles for FTR. “If you’re a refrigerated fleet, it’s not going to be a good year, but it should not be traumatic. And it’s kind of hard to generalize about dry vans because it’s going to depend on what you would haul and on what section of the country you’re in.”

According to Ake, as of March 26, FTR has total truck loadings falling 4% in 2020, when they were previously projected to rise 1.3% before this crisis hit. Freight is not projected to show any growth until the second quarter of 2021.

As for truck orders, March orders according to both ACT and FTR sunk to fewer than 8,000 units. Ake says that FTR is projecting orders under 10,000 for each of the next few months until things start to stabilize and fleets feel comfortable ordering.

The closest reference point we have for our current economic conditions would be the Great Recession of 2008, though it is, for obvious reasons, not a clean comparison. This may prove to be either a good thing or a bad thing. The bad: this is a much harder hit to our economic systems; more of a sharp shock than a gradual downturn, and it’s reaching levels it never even approached in 2008. The good: This isn’t like 2008 where the crash was largely caused by bad business practices by major banks; we can point to a specific, external cause of this economic shock, and whenever that cause is resolved, there’s a chance things return to some semblance of normal.

“It’s not a business cycle event, it’s an artificial event, and that means that looking at how this is going to be resolved, the Great Recession is not a useful comparison,” Bill Witte, an economist for FTR, said on a recent webinar.

The simple truth is that we don’t know how things are going to play out yet, and that’s creating a lot of uncertainty and causing many businesses and consumers to adopt a “wait-and-see” approach.

“There are too many unknown unknowns right now,” said Tim Denoyer, vice president and senior analyst for ACT Research. “It’s just changing so fast that one of the prefaces you have to put on any conversation about economics right now is that there’s such a broad range of outcomes that the confidence in any forecast is necessarily not very good.”

We don’t really know how things are going to resolve themselves. All we can do is hope things turn out okay for public health, and keep on trucking in the future.

Note: You can listen to our recent podcast with Tim Denoyer and Don Ake here.

The Coronavirus and trucking