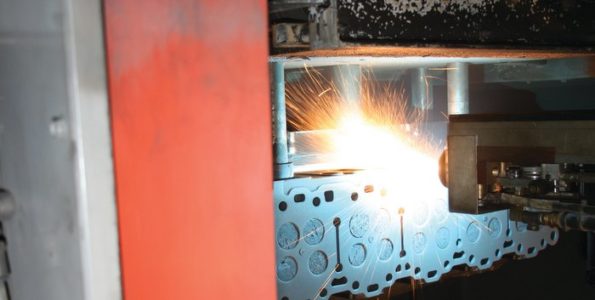 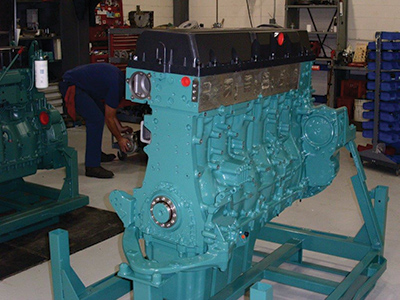 “The most important element of any remanufacturing process starts with core,” Navistar’s Pond explains. “We do all we can to corral engine cores that may become a reman program. Our most popular remanufactured engine parts include fuel injectors, turbochargers, high-pressure oil pumps, aftertreatment devices, and engine assemblies.”

Cummins’ Zwicker gives a walkthrough of the reman process:

“Upon arrival at the factory, returned cores enter our remanufacturing process designed to create ReCon products for use in lasting, reliable equipment repairs,” he begins. “Every component is completely disassembled and cleaned, using sophisticated cleaning technology designed to remove debris without removing metal. Once clean, parts are inspected, using high-tech equipment and processes to ensure every part meets Cummins’ exacting standards. A thousandth of an inch in variation from the standard may be all that separates a good part from a bad part.”
Zwicker goes on to say that after going through the cleaning and inspection process, the parts that don’t meet Cummins’ standards are evaluated to determine whether they can be salvaged or need to be scrapped. Any worn parts, he says, are replaced exclusively with new genuine Cummins parts.

“While Cummins’ goal is to reuse parts where possible, we will not compromise on quality,” he continued. “Components are reassembled in a factory setting, where trained Cummins technicians follow documented and fail-safe processes. Whenever possible, the latest design changes, material improvements and performance upgrades approved by Cummins new product research and development engineers are incorporated into ReCon products. ReCon components and engines give you real value for your money and are an environmentally responsible choice.
Zwicker points out that remanufacturing a part using the old product as a core uses up to 85% less energy and natural resources than producing the same part new, adding that “Cummins remanufacturing processes guarantee the highest-quality parts because they are completely restored and qualified in a factory environment.” 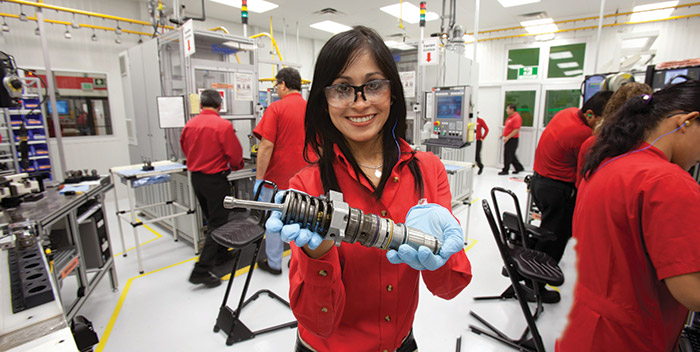 That technology continues to move at an exponential rate is true in basically every field, and remanufacturing is no exception. So what can future reman buyers expect to see that might not be available today?

“Engine changes such as aftertreatment systems have made remanufacturing more complex,” Detroit’s Ballard says. “As changes become more frequent in the industry, it becomes increasingly difficult and takes much more time to find correct core components. In general, the shorter the lifecycle of an engine, the less desirable it is from a remanufacturing standpoint.

“However,” she continues, “the changes themselves do not change our remanufacturing process. Our process remains the same, no matter the age or model of an engine.”

Cummins’ Zwicker sees reman parts becoming an even bigger part of the truck market in years to come.

“As customers continue to streamline their businesses, it drives further acceptance of remanufactured products because of the value it can bring them to the point that they are becoming the preferred choice over newer products,” he says. “One recent example is the bill signed by President Obama in late 2015 mandating the federal fleet spec remanufactured products over new products—a stamp of approval at the highest level.”

“Cummins offers the same warranty on ReCon engines and components as current products such as the ISX15, which offers a two-year, 250,000-mile warranty—same as buying new,” Zwicker says. In most cases, he adds, extended coverage plans can be purchased as well, which can extend the total coverage period to up to five years.