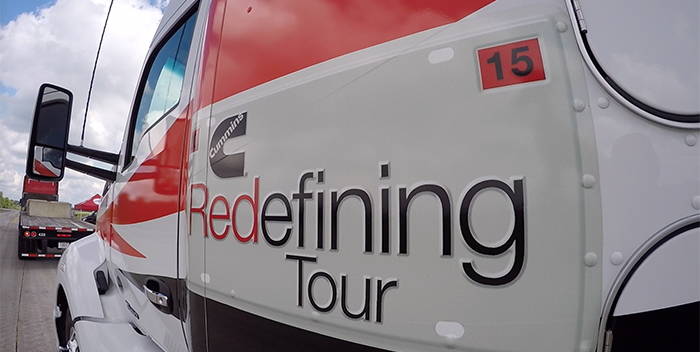 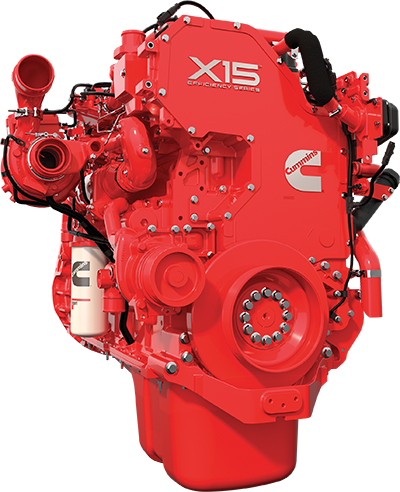 With 2017 looming large, Cummins became the first heavy-duty diesel manufacturer to launch its next generation of big-bore engines at a press event at the Transportation Research Center’s test track and facilities outside of Columbus, Ohio.

Cummins gave journalists a sneak-peek at its X15 engines late last year, with the company’s director of on-highway communications, Mario Sanchez-Lara, noting that the company was well ahead of schedule in terms of engineering and obtaining all necessary Environmental Protection Agency emissions certifications required to put the new engines into production.

At the formal launch, Sanchez-Lara and a host of Cummins engineers and executives debuted the new X15 engines, which will be offered in two versions with power specs ranging from 400 to 605 HP and 1,450 to 2,050 lb.-ft. of torque. Additionally, the engines will be offered in two highly specialized performance versions to serve the widely varying requirements of truck fleets in North America today: The X15 Efficiency Series engine platform features design modifications with high fuel economy as a priority, while its sister engine, the X15 Performance Series has been engineered to provide high horsepower and low-end torque for fleets that are more focused on brute strength to get their work done.

Noting, however, that the company still sees the need for a stout medium-bore diesel among fleets today, Lori Thompson, vice president of marketing for Cummins, also introduced the new X12 diesel, which she says has the highest horsepower-to-weight ratio of any engine in its class today.

Srikanth Padmanabhan, president of Cummins Engine Business, noted that the new X15 engines are an evolutionary design that was made possible by building on the company’s existing big-bore engine family. Instead of starting from a blank sheet of paper, Cummins engineers were able to look at individual engine systems and find ways to enhance both efficiency and performance in each one. Systems such as the oil cooling system, water pump, and turbochargers were carefully examined and redesigned. The result was a series of small efficiency improvements for each redesigned system or component combined with all new features such as an optimized compression ratio, air handling system and cam profile. Taken as a whole, these improved or redesigned systems ultimately yielded a new engine platform that Thompson says can be up to 20 percent more fuel efficient that previous Cummins big bore engines that can offer fleets up to $7,500 in annual fuel savings per truck.

Cummins also took another important step forward by adding standard Connected Calibration capability to each X15 engine. This over-the-air calibration and upgrade system will allow fleet managers to review, approve and transmit engine coding calibrations and upgrades to a single truck, or an entire fleet with click of a mouse, no matter where the trucks are located.

On one of several test tracks that ring TRC’s 4,500-acre Ohio research center, I was able to take an X15 Efficiency-equipped Kenworth T680 around for several laps to see for myself how the new engine handled at highway speeds. The evening before, Cummins engineers had run a similarly-equipped tractor-trailer loaded at 62,000 lbs. on a four-hour run around the same track, yielding an impressive 9.3 mpg during the run. 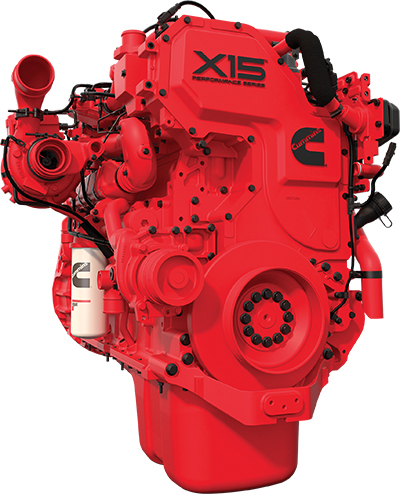 For an engine designed to be fuel efficient, I was impressed from the outset with the ample low-end power it cranked out to get us rolling. With a Cummins, Eaton SmartAdvantage powertrain, utilizing an automated manual transmission (AMT), essentially running the show, the Kenworth accelerated to highway cruise speeds quickly with no jerking or acceleration lags on the way to a comfortable cruise with 1,200 RPM showing rock-steady on the tachometer. Throughout the power curve, the engine was astoundingly quiet for a big-bore diesel. I’ve always been impressed by Cummins’ fully-integrated exhaust brake system and the improved version on the X15 engines didn’t disappoint, either, aggressively and quickly taking the truck down from highway speeds to an eventual low-speed crawl without and brake pedal engagement at all.

All told, Cummins power devotees will find a lot to like with these powerful new diesels, which either refined, or built upon the company’s existing hardware and design philosophy to meet upcoming Greenhouse Gas Emission regulations while still delivering the power and efficiency fleets depend upon to work hard every day. Additionally, The X12 aims to redefine medium-bore power with a high power-to-weight. All three engines are integrated with the revolutionary Single Module aftertreatment. Up to 60% smaller and 40% lighter than modular aftertreatment systems, the Single Module is capable of taking DPF ash cleaning events to as much as 800,000 miles on the X15.

This article was contributed by industry veteran Jack Roberts. He can be reached at [email protected].