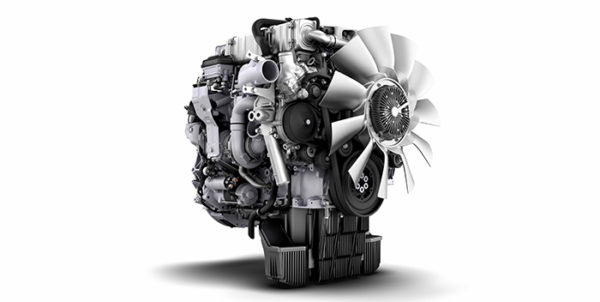 Daimler Trucks North America (DTNA)  announced that it will begin production of Freightliner M2106 trucks equipped with the DD5 engine beginning in October. The DD5 is the newest Detroit engine to be released, and was first announced in late 2014. Detroit also announced that the DD5 engine has received EPA certification, meaning that it has met the 2017 greenhouse gas and fuel efficiency standards as well as all on-board diagnostic and near-zero criteria pollutant standards.

“Once again our global powertrain engineering and vehicle integration teams have worked together in uncompromising manner to deliver a  total vehicle solution specific to our markets that will deliver real cost of ownership benefits to our customers,” Richard Howard, DTNA’s senior vice president of sales and marketing.

Watch: An inside look at the DD5 production facility.

The engine will first be offered in 210 HP with 575-lb./ft. torque and 230 HP with 660-lb./ft. torque ratings, and will come with the Detroit Connect Virtual Technician remote diagnostics system.

Features of the DD5, according to Detroit, include its extended oil and fuel filter change intervals up to 45,000 miles, an expected B10 life of 400,000 miles, and variable cam phasing, which provides Detroit the ability to optimize thermal management under low engine load conditions and improve the overall performance of the aftertreatment system, the company said.

“We are backing it with a three-year, 250,000-mile engine and aftertreatment system warranty,” Kary Schaefer, general manager of marketing and strategy for DTNA. “The Freightliner M2106 is a preferred choice today by customers in the medium-duty market segment and combined with the fuel efficiency, durability and reliability of the DD5.”

Advertisement
In this article:Daimler Trucks, Detroit