Daimler Trucks North America (DTNA) has announced the proprietary Detroit ePowertrain to power the upcoming Freightliner eCascadia and Freightliner eM2. The company says it is part of Daimler Trucks’ global platform strategy to establish a uniform basic architecture for its line-up of battery-electric vehicles.

Initially, the Detroit ePowertrain will offer an eAxle design operating at 400 volts and be offered in two variants suitable for a variety of commercial vehicle applications. The single-motor design is rated at 180 HP, delivering maximum torque of up to 11,500 lb-ft. of torque, while the dual-motor design offers up to 360 HP and 23,000 lb-ft. of torque. The Detroit ePowertrain will be mated to the choice of three battery offerings for the eCascadia and eM2, including a 210 kilowatt-hour (kWh) version, a 315 kWh version, and a 475 kWh version. Battery packs are comprised of arrays of lithium-Ion prismatic cells. In Detroit’s first ePowertrain offerings, the maximum range specifications will exceed 230 miles on a full charge for the medium-duty eM2 and 250 miles for the Class 8 eCascadia tractor.

Also included in DTNA’s announcement are plans for a $20 million investment in the Detroit manufacturing facility located in Detroit, Mich., which will serve as the North American source of Detroit ePowertrain components.

Initial production of the Detroit ePowertrain is expected to begin in late 2021. The start of production for both Freightliner models begins in 2022. 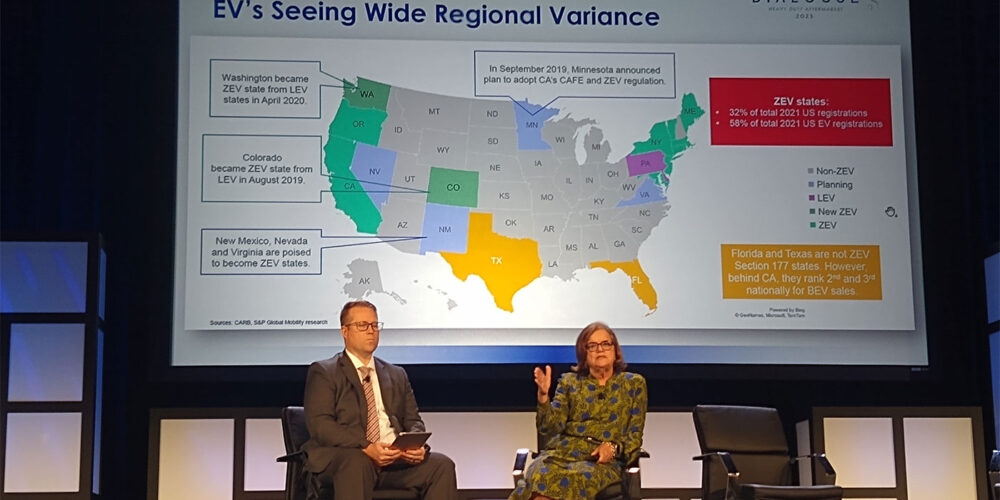