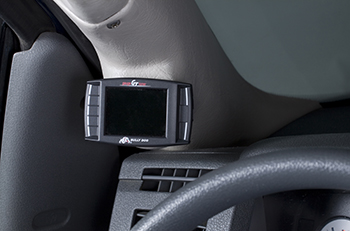 Owners of a large number of trucks are already enjoying improved performance and economy by installing an engine programmer. But installing a programmer isn’t as easy as dropping in a magical chip.

“I have seen a notable increase in fuel economy with the gauge tuner unit we have; about 15%,” said Joe Parks, general manager of Romulus, Michigan-based Pilot Transport—a division of United Road Services Inc.

1.  What exactly are these things and how do they work?

Whether known as programmers, engine performance tuners, chips or gauge tuners, these small electronic devices are used to manage and optimize engine performance on diesel trucks. The term “chip” references the silicon integrated circuit at the heart of the device. “Programmer” refers to the ability to go beyond the vehicle’s firmware to adjust the engine’s “tune” to the specific needs of the driver. Some models offer a “gauge” that the driver can view while driving to see exactly how the device is helping.

Purchased as an aftermarket item, a programmable tuner is essentially a single-purpose mini-computer that includes an on-dash or window-mounted monitor and control panel, along with the necessary leads to connect with the stock engine control module.

These devices operate by monitoring turbo boost pressure, engine RPMs, coolant temperature, airflow, fuel rail pressure and other operating considerations such as trailer load and then balancing these parameters by changing the electronic tuning characteristics of the engine management system to yield optimized performance.

2.  Do they increase miles-per-gallon?

“These tuners boost power and torque, but improved fuel mileage is the main advantage; up to more miles per gallon,” said Dave Brown of Piedmont Peterbilt LLC in Greensboro, N.C. “Our customers who have installed the tuners tell us there’s a 90-day payback on them.”

For a fleet like that of Pilot Transport, which operates several trucks, the savings add up quickly, according to Bully Dog Technicians.

“Right now, our fuel costs are about 72 cents per mile,” said Joe Parks. “We mounted a Bully Dog programmer on one truck and saved about 8 cents a mile. Since we run about 600,000 miles a month, potentially the monthly savings could be huge [$0.08 x 600,000 = $48,000]. In the particular model tractor that we have, it would be worth the expense to mount these units in all the trucks with that engine.”

Some of the latest gauge tuners even have a built-in driving coach that offers tips that help develop positive driving habits to improve fuel economy. According to Edmunds, driving habits can increase economy by up to 37%.

3.  Do they improve speed and acceleration?

Using a programmer, it’s possible to increase diesel engine performance up to 120 HP and 240 lb./ft. of torque on a diesel truck depending upon the model, said Bully Dog Technologies.

Programmers extract this power by adjusting the operating conditions of the engine toward increased performance. Perhaps adding a little more valve lift at high RPMs for maximum top-end speed, or a little less lift to maximize torque when more pulling power is called for. Part of the beauty of using programmable tuners is that each driver is able to modify his or her own performance needs according desired operating conditions by choosing from available tunes, noted Bully Dog Technologies. The “driving coach” function can also provide feedback to optimize performance.

“The Bully Dog unit helps newer drivers by telling them where your power is at and when to shift,” said Pilot Transport’s Parks. “We’re definitely seeing a performance boost. The driver said he’s pulling hills better.”

“I’ve had people who’ve been driving for years, who told me they were good drivers, but they’ve come back later and told me that it has actually educated them,” said Piedmont Peterbilt’s Brown.

4.  If programmers are so good, why don’t truck manufacturers put them in first?

To stay competitive, original equipment manufacturers (OEMs) often produce only a few engine designs, which are used in a wide range of models and platforms, allowing them to sell trucks in a greater number of markets. This saves them money, but at the expense of creating an optimized engine management system for every application, according to Bully Dog Technologies.

5.  Do they decrease maintenance costs?

Today’s programmable tuners have advanced to the point where they even provide safety alerts and allow users to read and erase diagnostic trouble codes (DTCs). This way, owner/operators can run their own diagnostic check to find out what the “check engine” light means and then erase the codes themselves—helping to cut down on expensive service calls to the dealer.

6.  Can they monitor engine function and prevent damage?

For example, if the engine coolant or oil starts to overheat, the gauge tuner can automatically recognize the condition. The device can also alert the driver with a message on the panel display that notifies the driver what is happening and why. This helps the driver evaluate if it’s a critical situation requiring immediate repair, or if he can complete his run and get the problem resolved later.

“The Bully Dog units, for one, supply real-time coolant temperature, as opposed to the OEM gauges which often only alert you after the engine is already overheating,” said Piedmont Peterbilt’s Brown. “Other real-time monitoring features help the drivers visualize performance at any time.” 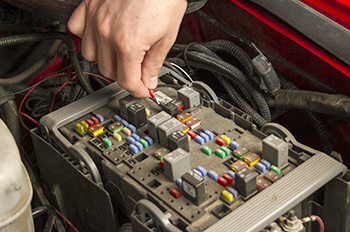 Until the advent of engine tuners, the factory engine control modules remained inaccessible to all but the dealer and well equipped independent shops.

However, today’s gauge tuners can be installed quickly and easily by attaching leads from the control panel to the engine’s control module via the six or nine pin data port, added Bully Dog Technologies. Some models don’t even need access to the Internet. Instead, they come pre-loaded with truck model/engine specific software—much like a new computer that includes drivers for popular printers. After selecting the desired version, the tuner monitor prompts the do-it-yourselfer through the procedure, ensuring that everything goes smoothly.

“We sell the Bully Dog tuners because anybody with only a little knowledge of computers can sit in their cab and install one,” said Brown. “With older tuning options you had to take the engine control module off and send it somewhere else to have it worked on, which meant extra downtime. But with the newer designs you just plug it in and follow the prompts on the screen.”

Like everything else, you get what you pay for; the more expensive units providing more features. Prices on the Internet range anywhere from $2,800 on up to $3,000. Retail distributors charge about the same.

That may seem like a lot up-front, but consider that it’s way cheaper than buying a different truck; adding hardware to the existing one; or repairing damage caused by an engine malfunction that could have been avoided. The 30-day guarantee offered by some manufacturers mitigates any second thoughts about giving these devices a try.

That kind of quick payback prompts any truck operator to consider installing one of these gauge tuners, programmers, chips, or whatever else you wish to call them. 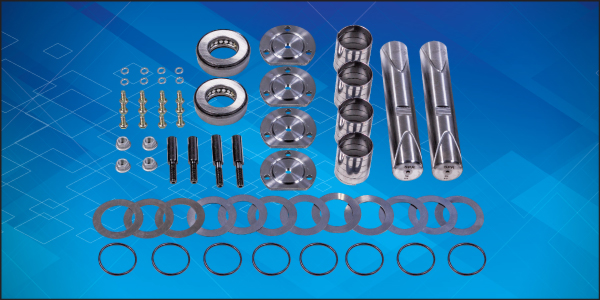