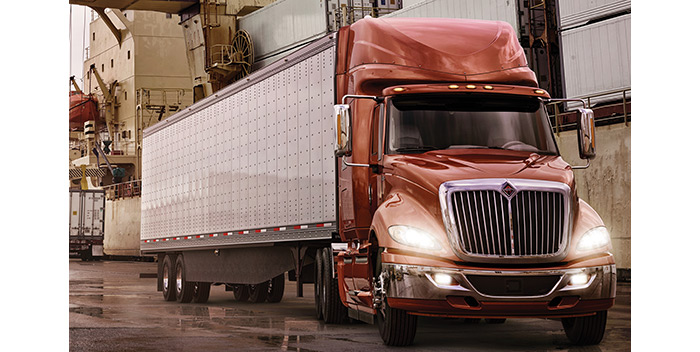 Fuel efficiency and total cost of ownership typically top the charts of topics here at Fleet Equipment. On the other hand, you can spec the most efficient, cost-effective trucks possible, but it’s no use if you don’t have anyone to drive them. Just take a look at the American Trucking Associations’ latest driver turnover numbers. Even though turnover at large truckload fleets fell 13 points in the first quarter, it still rests at an unsettling 89%—the lowest it has been since the second quarter of 2015. It’s the same scary story at smaller fleets—carriers with less than $30 million in annual revenue—turnover dipped one point to 88%, the lowest point since the third quarter of 2015. And less-than-truckload (LTL) fleets aren’t faring much better, as turnover dropped three points to 8%, the lowest point since the second quarter of 2013.

“Many customers tell us that their number one challenge is driver retention,” said Denny Mooney, International Trucks’ senior vice president of global product development. “They say that, due to the driver shortage, they are increasingly hard-pressed to keep all of their trucks operating. Fleets are losing many drivers who are experiencing challenges with the lifestyle. So, they are looking to make that lifestyle more appealing and are also looking to open up truck driving to people who might not have thought about it in the past. For example, it’s just common sense to eliminate the challenge of having to learn how to drive a manual transmission. Today’s automated manual transmissions are expanding the driver pool.”

With an aim to craft equipment that meets the fleets’ demands and drivers’ expectations, International launched its DriverFirst initiative, a research-based program that looks at how their customers and their drivers respond to the comfort, safety, productivity and efficiency aspects of the vehicles.

“We gathered input directly from drivers who took part in driver clinics, as well as fleet customers’ feedback and studies of driver trends,” Mooney explained. “The key takeaway from all this research was that drivers want trucks that are designed to do the job. They really aren’t looking for something automotive or futuristic for its own sake. They just want something comfortable and functional, with a design that helps them do their job better and more easily.”

Mooney was quick to point out that it’s no easy task to sum up a group as diverse as truck drivers. Based on International’s research, drivers are practical business people, who definitely enjoy a truck’s creature comforts, but are focused on equipment that get the work done quickly, efficiently and safely.

“Drivers aren’t shy about expressing their appreciation for things like disc brakes, which are much easier to drive and maintain than drum brakes,” Mooney related, pointing to a component that isn’t often thought of as a driver retention spec. “Other improvements they tell us they want are things like putting key engine controls on the steering column, or clustering data displays to make vital information easier to access.

“To end the driver shortage, we need to help them expand the pool of qualified drivers. We also need to lower the barriers to entering the profession, and make truck driving more attractive,” he continued. “So instead of focusing on eliminating the driver, I’d argue that the industry needs to focus on helping the driver—a person who is a precious resource. We can start that process by making sure we are building vehicles that drivers actively want to drive.”

Advertisement
In this article:International Trucks, Navistar

Driving retention: How the right equipment can keep the right drivers in the seats