Dive into electric truck details as you would with any equipment 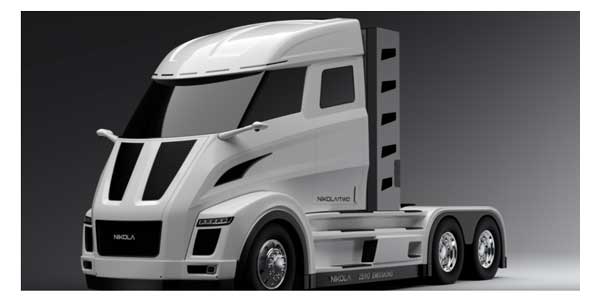 Electrification! The buzz of that word is quickly drowning out the reality of the technology. It’s easy to talk about it in terms of generalities, but it’s important to understand that the excitement around electrification is because it has real-world, money-saving applications that will impact your fleet in the next two to three years.

Let’s get hyperbole out of the way: Is it going to completely replace diesel in your fleet tomorrow? No. However, electrification—fully electric and range-extended hybrid electric trucks—is going to give diesel a run for its money.

“Electrification will never work unless you can beat diesel in every category,” said Trevor Milton, chief executive officer of Nikola, which unveiled the fully electric, hydrogen-powered Class 8 Nikola One and Two last fall and is quickly moving into full production, with the first testing units due to be in the market by the fourth quarter of this year. “For our truck, hydrogen power is the only way to beat a diesel in every category. The biggest challenge in bringing the Nikola One and Two to market is helping people understand what electrification can really do—there’s a lot of misinformation out there.”

And there’s a good example of the confusion around the technology. Electrified trucks will have as deep and complicated terminology as today’s range of diesel powertrains. In the case of the Nikola One and Two, Milton explained that his trucks are “hydrogen-electric trucks.” It’s not quite fair to call them hydrogen-electric hybrids because “hybrid” implies that an electric drive system is supplemented by a gas or diesel engine to extend the range. Nikola hydrogen-electric trucks fuel a hydrogen fuel cell that then powers the fully electric drive powertrain.

Nikola has partnered with Ryder System to provide the service support network for its trucks. The truck is fully warrantied, serviced and maintained by Ryder. Ryder is currently being trained on all of the systems—the service and diagnostics—as well as setting up a parts infrastructure. In terms of preventative maintenance checks, there are intervals at 100,000 miles with a major maintenance check up at 500,000 miles in which Ryder technicians would pull out the batteries, fuel cells and do a deep-dive maintenance check.

“There are no more oil changes. There’s no more emissions equipment,” Milton said, noting that those bullet points make up the majority of diesel maintenance. “You also save your brakes. Our brakes are lasting two million miles thanks to regenerative braking through the electric motors.”

The passion in Milton’s voice bleeds through the specs, and his excitement is contagious. For fleet managers having these discussions it can feel like a “too good to be true” pitch, but it’s important to remember that, as with any truck equipment, the value will be driven by your application. Stay focused on what you do, but keep an open mind when evaluating new tools to get the job done—the results of your own testing might surprise you.