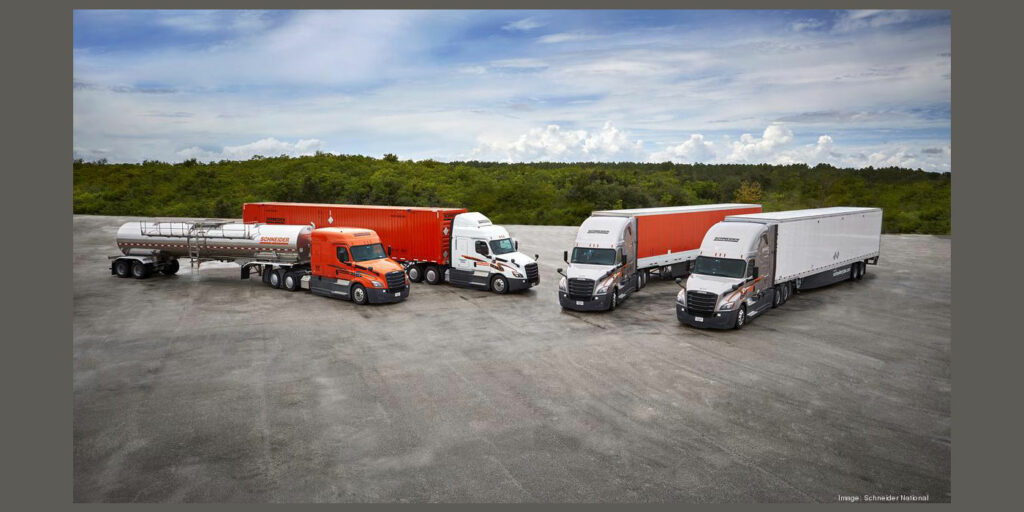 The year 2020 was the first time that fleets began to take delivery of electric trucks as part of pilot programs. Since we have (somehow) already raced past the midpoint of 2021, FE checked in with fleets to see how their experiences have been with these trucks; how the trucks have held up compared to their expectation; and whether they will consider investing further in electrification, among other burning questions.

In this entry in the series, we spoke with Schneider, which received a Freightliner eCascadia day cab in the early part of this year as part of Freightliner’s Customer Experience Program. The fleet has been operating it in its intermodal drayage routes in Southern California.

1: What are the key lessons you have learned about running electric trucks?

Rob Reich, executive vice president with Schneider, shares a few key lessons the company has taken away from running the aforementioned trucks in real-world routes. One, he says, was that getting the site set up for charging took much longer than they were anticipating.

“That’s just not something that you’re used to doing as a fleet, having to worry about charging a vehicle,” he says. “It was a great experience working through that with Freightliner and the local power company and figuring out all the steps that you have to go through to get the right infrastructure in place for charging the vehicle. That may have been the best lesson in the whole program.

“We’ve also had the chance through Freightliner’s program to be part of their Electric Vehicle Council, and so we heard from other fleets that have done some testing as well that you make the assumption, ‘I’ll be able to do this charging at this location,’ but the local power infrastructure may not support that,” he shares. “So even doing the research ahead of time is an important lesson we took away, because you can’t assume anything as it relates to the power infrastructure.”

Question 2: How have the trucks performed compared to expectations?

“We’ve been really pleased with the operation of the truck,” Schneider’s Reich says. “We got some great driver feedback that will inform a lot of the training we’ll do in the future as we deploy additional battery electric vehicles. It gave us a chance to give Freightliner some feedback directly from the drivers about usage and operation of the vehicle.

“It really performed exactly the way Freightliner told us it would. Everybody knows with battery electric, especially with these initial test trucks, that the technology will get better over time, but the range is limited, they’re a little bit heavier. So we knew that going in and so just planned appropriately. That’s one of the reasons doing intermodal drayage in Southern California was such a great place to test it, because the density of freight and just the overall density of the population there in LA really supports a test like this.”

Another important aspect has been the driver feedback, which Reich says has been positive thus far and will help them plan for further training when more of these trucks become part of the fleet.

“It’s an easy truck to drive, it handles really well, great acceleration,” he says. “So I think that helps us then plan for the future, because anytime you’re deploying new technology, you absolutely have to consider the folks who are going to be driving the truck.”

While the trucks are largely similar to the usual driver experience, there are of course some new aspects to get used to as well.

“I think the biggest difference, obviously, is the energy management,” Reich elaborates. “At the end of the day, you’re going to plug it in as opposed to worrying about heading to a truck stop to get fuel, but it’s also just learning how to manage the energy of the truck throughout the day. Obviously, there are gauges and the truck’s going to inform you about its power, but there’s also the load on the truck, and if you’re going uphill, that’s going to burn more power. As the drivers learned, they got more comfortable with the operation of the truck, and that will help us with training in the future based on their feedback.”

3: In what other applications can you see battery electric trucks becoming part of your fleet?

“I would anticipate that battery electric is mostly a day cab solution for heavy-duty trucks, because of the weight trade-off and the range trade-off,” Schneider’s Reich opines. “So, wherever you see a day cab, I think you see a great opportunity to put in a battery electric vehicle. Our take is that there are other options being developed that we’re excited about that may have a zero-emission vehicle but with a more extended range, and that could be a hydrogen fuel cell truck for example. It seems that might be the more logical solution for your medium- to longer-range options.”

4: What are the other factors that will help you decide to make a greater investment in electrification?

“The biggest factor,” Schneider’s Reich answers, “is just your overall total cost of ownership, and in considering that, you have to factor in the charging infrastructure. So, today the trucks are still quite expensive. We know as the technology improves that cost will likely come down, but it’s also expensive to install the charging systems and address the infrastructure issue, and so those two costs need to come down over time. It’s why you’re seeing all the testing in California with the government funding that exists there; it makes it more economically palatable to go bigger with electric vehicles than you might otherwise if you were just looking at the upfront cost.

“That’s going to be the challenge going forward, is how to manage that overall cost picture. And I think support from utilities and from government entities will probably be a part of that equation for a while in order to get this going. And then again, as technology improves, typically, those costs start to come down. But that will be the big hurdle: the infrastructure cost as well as just the pure cost of the truck.”

5: Have you been persuaded to invest further in electric trucks?

The fleets interviewed for this series, Schneider included, have been unanimous so far in their enthusiasm for continued investment in EVs.

“We do think the future is electric,” Reich says. “We really anticipate a lot more electric trucks in the fleet five years from now. We set a couple of our short and long-term sustainability goals, and our goal in 2025 is to have reduced our CO2 emissions per mile by 7.5% from rates last year. We think that will come from a combination of continued improvements to diesel, but also the introduction of battery electric vehicle trucks into the fleet.

“Now, our long-term goal in 2035 is to have reduced our CO2 emissions by 60% per mile. And again, improved diesel efficiency will still be part of that equation, but we absolutely see by 2035 that a sizable portion of that improvement is going to have to come from zero-emission vehicles, which are likely battery electric vehicles.”

Previously in this series: Six electric truck questions with DHE