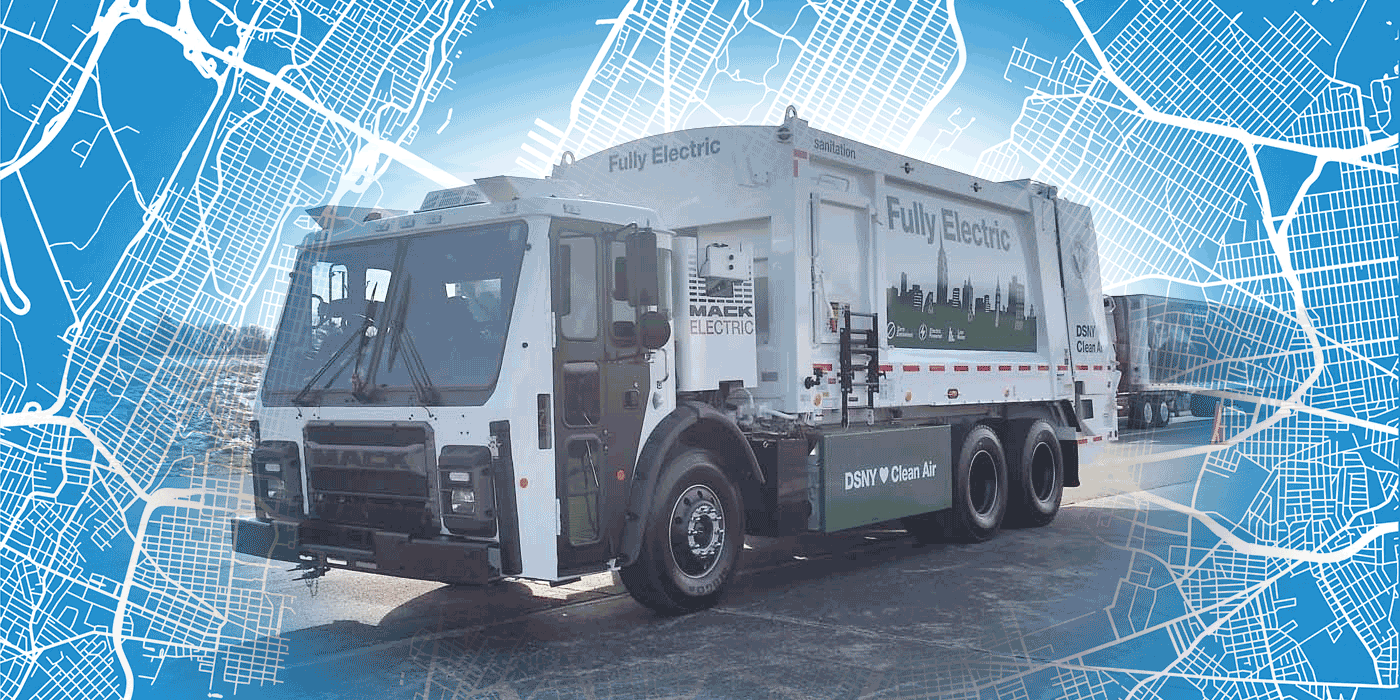 We’re all familiar with the infrastructure challenges with long-haul electric trucks, but in other applications, they can make a splash right away. Refuse is one of the most notable applications where electric trucks make sense today. When you think about how much braking (electric regen opportunity) and idling (reduced emissions opportunity) refuse trucks do, it’s easy to see where electrification would improve things.

The New York City Department of Sanitation (DSNY) is about to get the chance to test this firsthand. Mack Trucks recently gave DSNY the first model of its LR Electric refuse truck for testing on real-world routes.

The fleet will run the truck on some of its current routes in Brooklyn and report back to the OEM about the truck’s performance and potential areas of improvement.

Metrics that will be evaluated by DSNY include operating range, payload capacity, regenerative braking performance and the overall functionality of a fully electric refuse vehicle in their operation.

DSNY says that it is testing the truck with an eye toward adding more electric models to its fleet in the future. The department has a goal of reducing its greenhouse gas (GHG) emissions by 80% by 2035 (compared to a 2005 baseline).

Rocky DiRico, DSNY’s deputy commissioner, expressed enthusiasm about some of the things this truck will enable the department to do; most notably, the opportunity to run more night routes, which would cut down on both congestion in the city and the amount of time the route takes to complete.

“We worry about night collection because of the noise factor in New York City. The public is very sensitive to noise,” he says, noting that the department often gets calls from residents complaining that they were woken up by a truck. “With a truck like this, you’re not going to hear a thing. So we’ll probably be able to change our shifts and modify the way we operate because of the noise level.”

But, DiRico says, there will be plenty of challenges involved with running electric trucks—most notably in the area of charging infrastructure.

“There are going to be obstacles,” he says, “and the main obstacle is: where do I get 480 volts and 200 amps to charge this truck? I have 200 facilities and many of them don’t have 480-volt capability.” He says that he will need to work with utility companies on making this happen and will work with companies and governments that offer grants to offset the cost of installation.

If all goes well, the fleet’s contingent of electric vehicles is likely to expand.

“I expect that within six months of receiving this truck, we’ll be able to identify shortcomings and depending on what has to be done, they have to re-engineer the truck and send me back the corrected version,” DiRico says. “And if that only requires one cycle, then I’ll probably buy five or 10 trucks. So I’m looking at about a year from now having the ability to order five or 10, see how they hold up, and then from there you go to 50. Then once you get to 50, you’re qualified. You can buy 400. So that’s how we do these things—that goes for any truck. We do that incremental testing for any new product before we roll out big numbers.”

Advertisement
In this article:Electrification, Mack Trucks