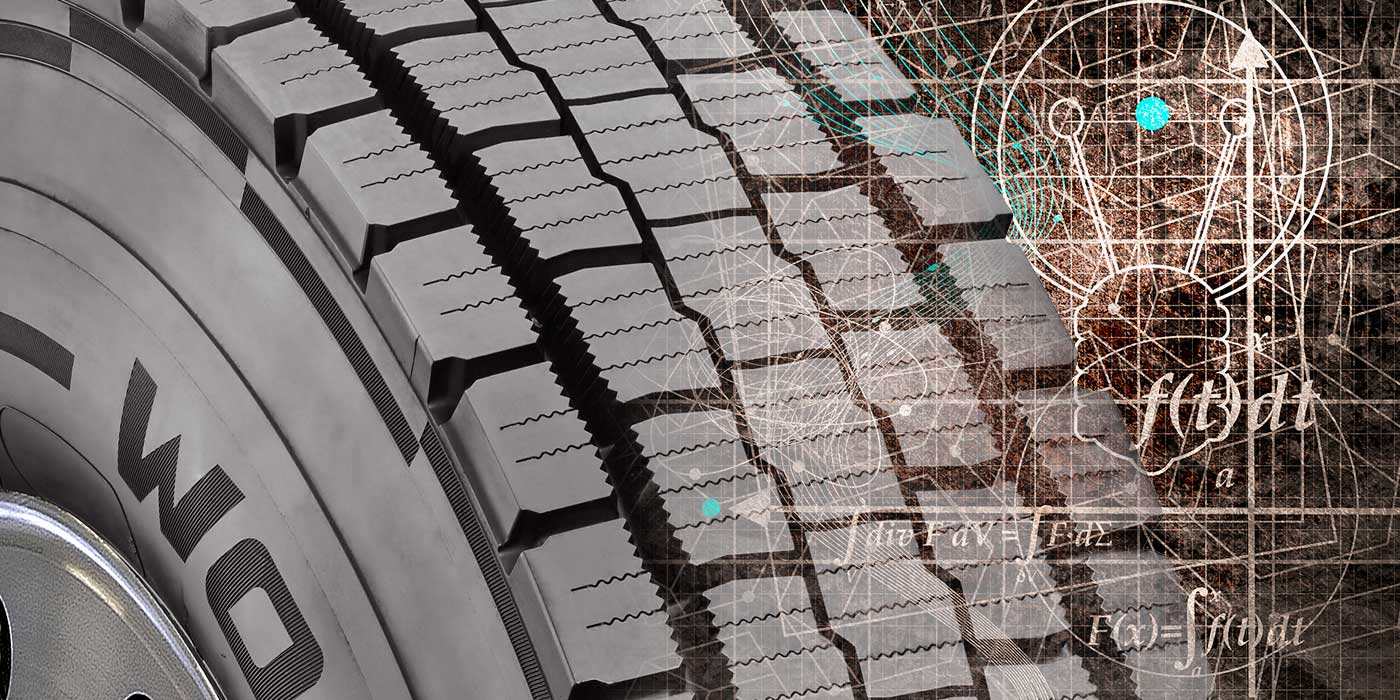 What if I told you your tire tread defines more than just the traction and rolling resistance of your tires?

This is why tire companies have tread pattern specialists on staff who know what patterns perform best in certain applications when starting a new design.

“A waste haul truck experiences a high amount of braking and acceleration, predominantly right-hand turns and a lot of debris that is hazardous to tires. On the other hand, a long-haul truck will experience higher speeds, a large amount of straight-line driving and a high expectation for fuel efficiency,” says Continental’s Marco Rabe, head of research and development for commercial vehicle tires in the Americas region. “Fully understanding the application and the range of conditions to which the tire will be exposed is critical to pattern development.”

Phil Mosier, Cooper Tire’s manager of commercial tire development, explains that when it comes to tread pattern development, Cooper’s engineers will first identify the type of truck, then the wheel position, then application, and finally the characteristics they want from the tire.

For example, Mosier says for long-haul trucking tires, Cooper tends to develop tires with a standard five-rib pattern with de-coupler rib on the shoulder for optimum performance in the rolling resistance category. For vocational applications, such as in construction, he says a deeper, four-rib tread design is a better choice to combat the high rate of scrubbing the tires will encounter due to constant starting and stopping, coupled with running in some off-road terrain.

Long-haul fleet managers: Have you noticed your drive tires wearing faster than tires on steer and trailer axles? There’s a reason for that.

“A drive axle tire has, more often than not, a deeper tread depth than a steer or trailer axle tire,” says Triangle Tire USA’s Charles Luther. “Generally speaking, the more open the tread design, the quicker it will wear. Therefore, the drive axle tire will initially wear faster simply due to the instability of the blocks when new. As the blocks wear down, the miles per 32nd inch of rubber will increase as the blocks become more stable at lower tread depths.”

“An open-shoulder design, coupled with deep tread will give the best overall traction performance,” adds Mosier, “A drive tire, in a long-haul application, is different from a steer or trailer tire since it’s designed to go straight, and have torque applied.”

Speaking of traction, you might be surprised to learn that a tire’s tread compound in many cases can have just as much, if not more, of an impact on traction as its tread pattern – more on that next month.