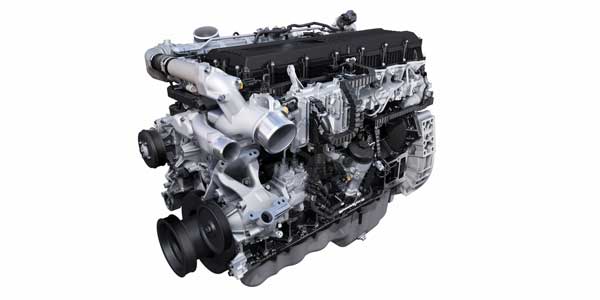 Of course, the DPF and aftertreatment system (as detailed in our in-depth feature story here) aren’t the only reasons for downtime when it comes to engines. We spoke to the engine manufacturers about other ways in which their newest engines help fleets avoid downtime.

According to Darryl Oster, assistant chief engineer with Peterbilt, maximizing reliability is the No. 1 design goal with PACCAR engines, and they approach this from two directions: planned and unplanned downtime improvement.

In terms of planned downtime improvements, Oster said that the MX engine line has the lowest scheduled maintenance costs of any heavy-duty diesel engine in the North American market, and specifically touted its 75,000-mile oil drain interval and the related savings.

To avoid unplanned downtime, PACCAR MX engines are extensively tested and validated for reliability, according to Oster. Some examples include the summer test in Death Valley, California; the winter test in Yellow Knife, Canada; the customer field test fleet; and the rapid mileage accumulation fleet. 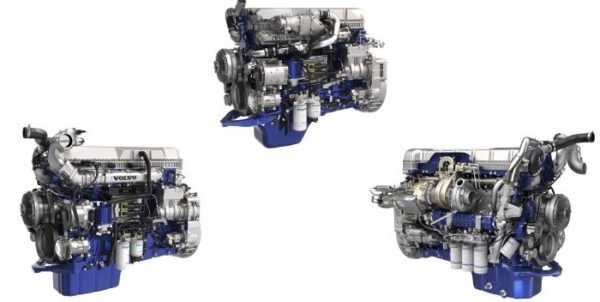 Clint Garrett, product manager for Cummins, also said that reliability was the No. 1 priority in designing the X15 engine. “Even in situations where we found a way to improve fuel economy, if the improvement indicated any negative effect on reliability, it was no longer a viable option,” he said. “One day of unplanned downtime costs more than you save with a 2% improvement in fuel economy. By focusing on reliability, we have been able to maximize uptime while still delivering exceptional fuel economy, performance and drivability.

“On the 2017 X15 specifically,” he continued, “uptime defined every single phase of development. Hardware changes included the addition of DLC rollers to reduce rolling friction and improve robustness, updated pistons, liners and rings to reduce oil consumption and the rate of oil degradation, as well as the innovative design of the latest variable geometry turbocharger to include an actuator with more than twice the torque of our 2016 ISX15. Additionally, the hydrocarbon doser and air purge system were removed entirely in 2017 based upon what we learned from our midrange products.

Jim Nachtman, on-highway marketing director for International Trucks, touted the simplified design of the International A26 engine—for example, going from two turbochargers to one. By doing this, Nachtman said, you have fewer parts that could potentially break or be in need of service, and you simplify the servicing process for the technicians, which can get the truck back out on the road more quickly.

“One of the benefits of our OnCommand Connection telematics system is what we call fault code action plans,” Nachtman mentioned. “There are over 18,000 fault code action plans built into it so that when a fault code is sent, there is already a resolution plan to aid the technician in identifying what repair needs to be made, so when the truck comes in, he knows what to do, and he can much more quickly get the vehicle back up on the road.

“We’ve also been able to extend some of the service intervals for regularly scheduled maintenance,” he added. “For example, the oil drain interval for vehicles getting more than 6.5 MPG is 50,000 miles. We’re finding that a lot of fleets already perform oil sampling and oil chemistry lab analysis of those oil samples, so we introduced a program where you can share those results with our engineers, and potentially we will approve up to 70,000-mile oil drain intervals. That’s something that goes a long way towards keeping the vehicle up on the road.” 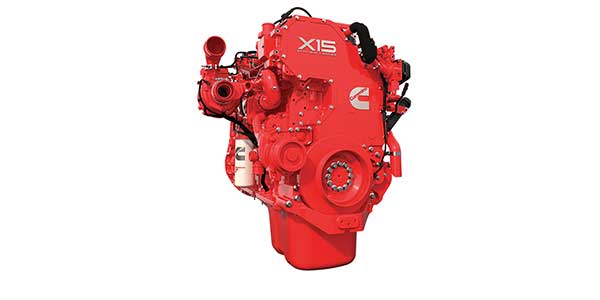 Over-the-air engine uipdates are another source of increased uptime. Offered by engine makers for the first time this year, over-the-air programming is a system of secure, two-way communication by which the engine’s software system is updated through a cellular or Wi-Fi connection while the truck is out on the road. It is currently offered by Cummins, Detroit, International, Mack and Volvo, and each of them tout its ability to reduce downtime.

“Cummins’ Connected Software Updates allows customers to update a calibration on a single engine or a fleet of engines by enabling software installation during regularly scheduled downtime for refueling, sleeping, eating a meal, etc.,” explained John Malina, executive director of sales for Cummins. “In five minutes or less, the engine is back up and running with the latest software installed. With exclusive and patented security protocols and 100% backup protection in the engine control module, we’re providing customers with a safe, seamless experience in updating their operations. The customer has avoided unnecessary time visiting a service shop as well as costs associated with both
technician labor and downtime from operations, which impacts their bottom line.”

“We have our own proprietary software in the International A26, and we’re always working on ways to improve the software and the calibration of the engine,” said International’s Nachtman. “This can improve fuel economy, for example, it may also reduce noise or reduce vibration, and certainly could potentially improve uptime of the products as well. There are a lot of improvements that we’re always implementing, and over-the-air programming allows those improvements to be applied to an existing, already-built vehicle much sooner. Any downtime-related improvements can get to the drivers sooner through over-the-air to prevent or to help prevent any potential downtime.”
Nachtman added that the software that controls the aftertreatment system is also in the engine control module, meaning that over-the-air programming can also help with updates to the aftertreatment system.