Where are we with FA-4 engine oil? 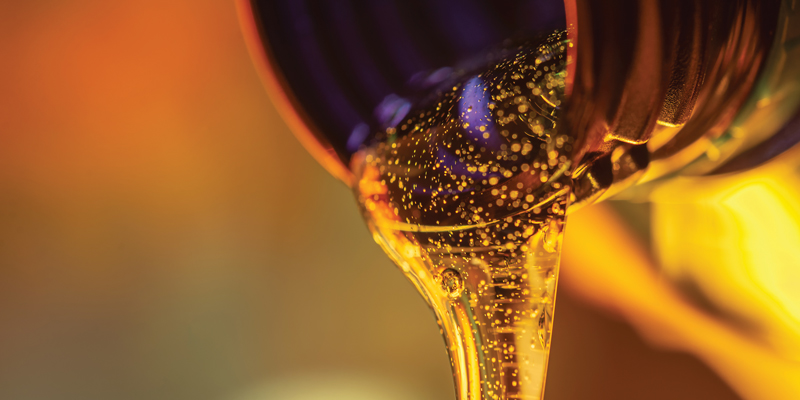 In December 2016, two new oil categories were introduced by the American Petroleum Institute (API): CK-4, which is an updated version of the previous CJ-4 category and provides greater protection than its predecessor, and FA-4, a new category that has been described by API as providing similar protection to CK-4 oils, but in lower viscosity grades to meet the needs of next-generation diesel engines.

Since there was no choice in switching to CK-4 oils, we decided to ask: How are FA-4 oils doing in real-world applications? What kind of durability have they shown? Will FA-4 be available in more engines anytime soon?

Let’s get to the answers.

For the most part, FA-4 is only approved for use in some 2017 model year engines. There is one exception: In addition to factory-filling its 2017 engines with FA-4, Detroit has approved FA-4 for use in some of its 2010 engines.

According to Corey Trobaugh, Cummins director of corporate materials science and technology, currently, the X15 and X12 engines allow for the use of Cummins-approved FA-4 oil (CES 20087). Trobaugh added that for the immediate future, Cummins does not plan to allow FA-4 oil on any other platforms such as its B6.7 or L9 engines.

FA-4 oil is an available factory fill option on the International A26 engine.

“FA-4 is suitable for use in 2017 GHG-certified engines. CK-4 is a high-temperature, high-shear oil that can be used in both new and existing engines. FA-4 and CK-4 are interchangeable while topping off and at oil changes, provided the same engine durability and oil drain interval.”

PACCAR reports that it currently does not allow FA-4 in its engines.

“We are currently testing the Volvo version of FA-4 oil, VDS 5, which is based on FA-4 but with added features,” he said.

Overall, before filling engines with FA-4, take extra care to make sure that the engine manufacturer has approved it.

How well does FA-4 protect engines?

FA-4’s calling card is the improved fuel economy it offers, and it has also been touted as being a long-lasting oil that protects the engine. Two-and-a-half years in, what has been the real-world experience?

“FA-4 10W-30 field trials for our product have proven to be as durable as their CK-4 15W-40 and 10W-30 counterparts,” says Tony Negri, commercial product manager for Phillips 66 Lubricants. “We recently performed an engine teardown on a 2014 Detroit DD13 engine with 900,000 miles which operated its entire life on our FA-4 10W-30. The results were truly impressive with very light deposits, no sludge and extremely low wear. The fleet documented fuel economy savings as well, which supports the proposition that there need not be a compromise in protection while pursuing increased fuel efficiency.”

“Citgo has conducted testing with Citgard 700 MFE Synthetic Blend FA-4 oils SAE 10W-30 engine oil with engine teardowns and oil analysis trend data,” says Mark Betner, heavy-duty lubricants manager for Citgo. “The engine inspection of a Detroit 15-liter engine at 850,000 miles and 75,000 mile engine oil change intervals indicated that the critical engine components could have been re-used and gone back in the engine for continued use. This was done in a fleet hauling full loads to and from destination points.”

Dan Arcy, global OEM technical services manager for Shell Lubricants, says that the company accumulated more than 30 million miles in testing its T5 Ultra 10W-30 line of FA-4 oil. “We did field inspections on engines that were at mileages ranging from 420,000 to 800,000 miles using our FA-4 technology and saw very similar performance to our CK-4 prototype oils,” he adds.

Navistar’s Nachtman points out another benefit that FA-4 oils offer. “When using an oil sampling program for the purpose of extending the oil drain interval, some FA-4 oils have a more advanced additive package, which can help enable longer oil drain intervals and reduced maintenance costs,” he says.

How do you get your hands on FA-4 if it fits your fleet?

“Because of the limited number of FA-4 compliant engines, the distribution network has been reluctant to stock the FA-4 products, but this will continue to change,” Citgo’s Betner predicts. “Current projections have FA-4 SAE 10W-30 oils actually exceeding the sale of CK-4 10W-30 over the next seven years.”

“Demand for FA-4 service fill has been minimal due to uneven support among the OEMs as well as worries about the possible need to carry multiple bulk engine oils,” Phillips 66’s Negri echoes. “There is interest in the category and the topic generates much conversation, but we foresee that demand will continue in a slow growth pattern for the next few years.”

What’s next for engine oil technology?

Despite FA-4’s slow adoption, the new category isn’t the end, it’s only the beginning, according to oil marketers.

“Looking into the future, fuel economy, emissions reduction and total cost of ownership, through excellent durability and optimized maintenance will continue to drive the trucking industry,” Shell’s Arcy notes. “We will also see a continued transition to lower viscosity synthetic blend and full synthetic engine oil that will help trucking fleets maximize their TCO.”

Phillips 66’s Negri says that one of the biggest concerns will be the continued effect of government regulations, such as GHG Phase II standards, which go into effect beginning in 2021.

“To that end,” he continues, “the next generations of engines will likely continue the trend toward lower viscosities, resulting in recommendations of 5W-xx and 0W-xx viscosity grades perhaps as early as the mid 2020s.”

Citgo’s Betner notes that CK-4 and FA-4 technology “is not the final step in fuel efficiency.

“Current SAE 5W-30 oils in both CK-4 and FA-4 designs are available which provide improved fuel efficiency over their 10W-30 companion products. Testing on even lower viscosities such as SAE 5W-20 is revealing positive results,” he adds.

“Just as the automotive industry has evolved, so will the diesel application continue to pursue greater overall efficiency.”