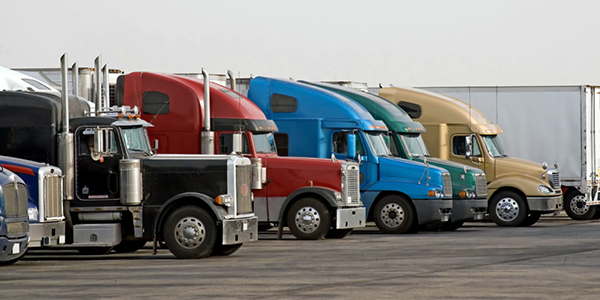 According to the survey, the same number of respondents said they pay for their trucks through cash purchase (34%) as finance through leasing (34%). Equipment acquisition strategies have become a larger area of focus recently, especially with more private fleets and for-hire carriers replacing aging trucks to meet the demand of the economy. According to research firm FTR, North American Class-8 orders for October were 43,000 units, surpassing 40,000 units for a record eighth month in a row.

In addition to the economy, last year’s corporate tax reform has also created more incentive for firms to place orders on new trucks. Fleet Advantage’s benchmarking survey revealed that nearly half of respondents (47%) say the recent tax reform and new lease accounting standards are impacting their lease versus purchase decision when acquiring new trucks. The change to the corporate tax rate, now at 21%, along with new bonus depreciation rules make leasing more favorable than purchase. Under the new FASB accounting standards, customers with Operating Leases will show a better Return on Assets (ROA), better Return on Invested Capital (ROIC), and better Return on Capital Employed (ROCE).

The majority of survey respondents (37%) said they dispose of used equipment through trade-in, followed by wholesale (33%). Equipment disposal is a significant part of lifecycle asset management, and an ineffective disposal and replacement strategy can negatively impact an organization’s bottom line on the back end of the deal. One-in-four survey respondents (25%) said they are currently receiving below-market value for their used trucks.

“Having access to the right business intelligence, as well as a consultative approach to equipment acquisition can make a world of difference to a company’s bottom line when it comes to equipment disposal,” said Brian Holland, president and chief financial officer of Fleet Advantage. “As evidenced by the heated economy and backlog of truck orders, private fleets and for-hire carriers are more aggressive today in replacing aging trucks. We’re now seeing the effects of having access to this type of business intelligence that is shifting the business philosophy of asset management more toward a lease model.”

Fleet Advantage: '25% of fleets receiving below market value on trucks'