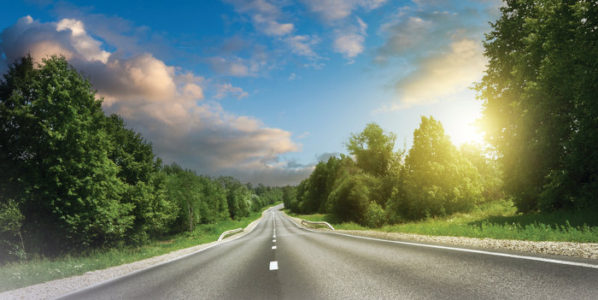 Recently, the Environmental Protection Agency (EPA) and the Department of Transportation’s National Highway Traffic Safety Administration (NHTSA) released their final Greenhouse Gas Phase 2 regulations requiring increased efficiency and fuel economy in the medium- and heavy-duty vehicle sector from 2019 to 2027. The standards include phased-in reductions of up to 25% in GHG emissions from tractors and vocational vehicles, which includes up to a 5% improvement coming from the engine.

For the full explanation of the new GHG Phase 2 regulations, read the EPA, NHTSA fact sheet by clicking here.

Many of the country’s best-known fleets, truck and component manufacturers, and industry leaders released their reactions to the Greenhouse Gas rulings.

“DTNA supports regulations which reduce GHG emissions as well as diesel consumption,” said Martin Daum, president and chief executive officer of Daimler Trucks North America (DTNA). “As we have stated through the collaborative debate on the Phase II rule, the final rule needed to provide clear, long-term targets for the entire vehicle, not just the engine. It also needed to provide enough time and flexibility for the OEMs and customers to decide themselves how to achieve the reductions in a way that is economically feasible.”

“We applaud the two agencies for doing a thorough, professional, and comprehensive assessment of the current state and potential of future technology,” wrote Mike Britt, the director of advanced engineering for UPS, in a letter. “We need and can achieve much higher efficiency in our trucks. The fuel economy targets established by the agencies are both forward looking and feasible. We believe the long lead times should allow the truck manufacturers and suppliers ample time to plan for and prepare for the implementation of the necessary technologies.”

“The Phase II standards will deliver major savings at the pump to truck owners and operators, which will in turn reduce the cost of freight movement nationwide. With these fuel savings, most truckers will recover the incremental cost of the more efficient trucks in less than two years,” wrote Siddiq Khan, senior researcher for the American Council for an Energy-Efficient Economy, in a letter applauding the standards.

“This standard grows our economy by improving the efficiency of a vital American industry,” said Nicole Lederer, chair and co-founder of Environmental Entrepreneurs, in a statement. “But the standard goes beyond saving money for truckers. It also saves money for businesses up and down supply chains, drives innovation and creates jobs in the advanced vehicle sector.”

“We urged the agencies to set standards that would achieve meaningful fuel economy improvements and significant consumer savings, and we got them,” said Jack Gillis, the director of public affairs for the Consumer Federation of America. “For a long time, an efficiency gap has forced consumers to pay the freight for inefficient shipping. These standards will save consumers money, just as other energy efficiency goals have saved families and businesses money on the total cost of owning and operating cars, light-duty trucks, and home appliances such as refrigerators and water heaters.”

In a press release, the members of the Heavy Duty Fuel Efficiency Leadership Group, an informal alliance of six of the nation’s leading heavy-duty fleets, manufacturers and logistics companies, expressed their support for the ruling, gave the first phase of the rule credit for accelerating the industry’s adoption of advanced technologies while minimizing market disruption, and stated that they look forward to even more progress on efficiency and emissions reductions for the heavy-duty vehicle sector. The groups includes representatives from Cummins, Eaton, FedEx, PepsiCo, Wabash National, and Waste Management.

However, not every reaction to the standards was positive. The NAFA Fleet Management Association was sharply critical of the standards.

“NAFA believes the impact of this rule for medium- and heavy-duty engines and vehicles is ultimately unproductive, offering dubious prospects of providing sustainable gains. Our association emphatically objects to the final rule,” said NAFA’s Chief Executive Officer, Phillip E. Russo. “The parameters of the Phase 2 rules do not take into account the realities of fleet operations. The federal government has overestimated the impact of the new standards by assuming a more robust and fuller adoption of the standards by fleets over a shorter period of time. The fact is that fleets will face increased costs for vehicles and maintenance associated with new technologies.

According to NAFA, fleet managers appreciate the importance of continual improvement in emissions, but many have seen maintenance cost increases triple the rate of inflation since 2007 as a result of government regulations. Many have experienced increases in engine, exhaust, cooling and fuel system repair costs from 2010-2014 related to engine emissions complexity.  As a result, vehicle and operational costs have risen significantly over the past 12 years.

During the rulemaking, NAFA repeatedly voiced its commitment to improving vehicle efficiency and reducing emissions. The NAFA Sustainable Fleet Accreditation Program is a pioneering movement in fleet management, emphasizing the economic and environmental benefits and overall importance of sustainability. But NAFA also repeatedly said the proposed Phase 2 standards must be affordable, must not compromise performance, and must recognize the diverse needs of companies and agencies that depend on vocational vehicles and heavy-duty vehicles.

In NAFA’s opinion, EPA and NTHSA ignored these concerns, subjecting fleets to standards and technologies for which they are not prepared and cannot afford, and spurring unintended negative consequences for the industry. Fleets will be forced to purchase technologies that are not thoroughly tested and ready for marketplace introduction, which increases costs, inefficiencies, and uncertainties to the transport segment, and could nullify the proposed intentions of reducing vehicle emissions.

Fleet Equipment will have more coverage of the Phase 2 regulations as the story develops. Until then, we want to hear from you! Have an opinion on how these new regulations will impact your fleet? Send an email to Jason Morgan, Editor, Fleet Equipment, at [email protected].