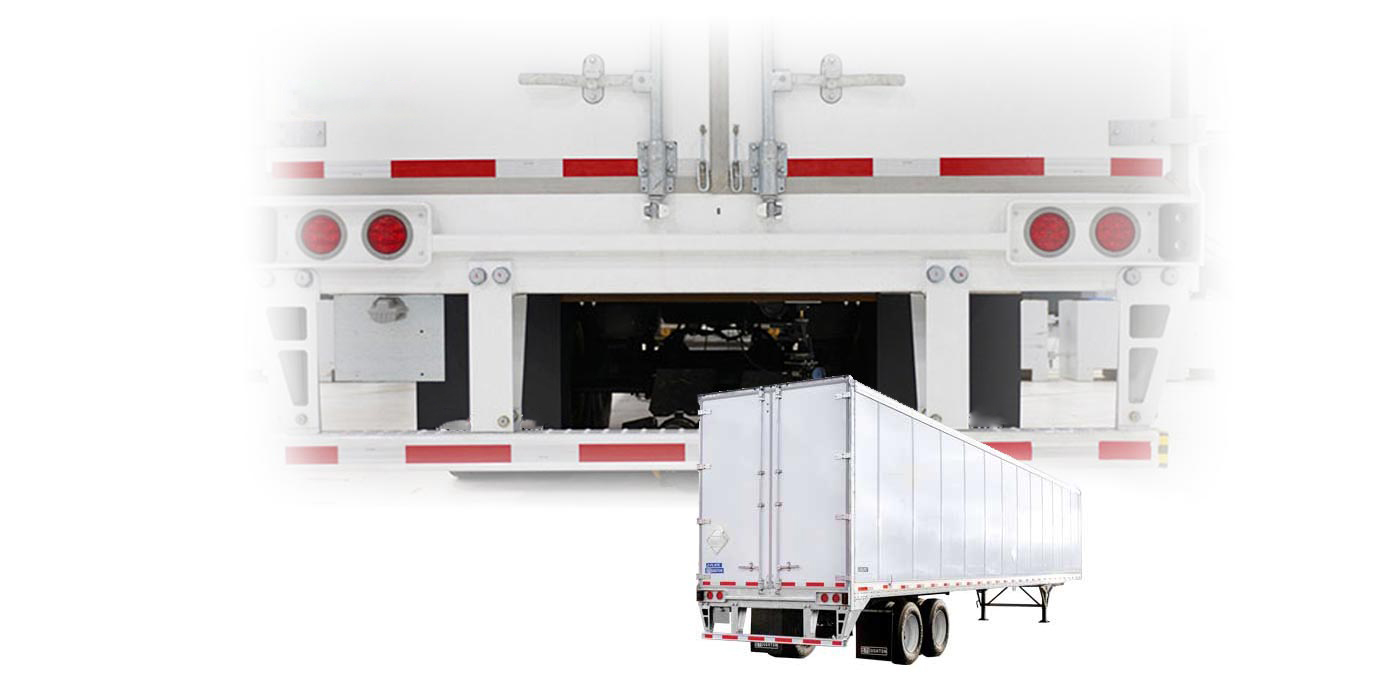 The Federal Motor Carrier Safety Administration (FMCSA) recently proposed to include the rear impact guard on the list of items that need to be examined during a commercial vehicle’s annual inspection.

Despite being a requirement on most commercial vehicles since the 1950s, rear impact guards are not yet required to be checked during an annual vehicle inspection. “This means that a vehicle can pass an annual inspection with a missing or damaged rear impact guard,” the FMCSA wrote in its Notice of Proposed Rulemaking (NPRM) on the subject.

The FMCSA’s NPRM will add impact guards to Appendix G of Subchapter B of Chapter III of title 49, Code of Federal Regulations, “Minimum Periodic Inspection Standards.”

Dan Carter, Great Dane director of product safety and compliance, says his company supports the concept of including the rear impact guard as an item to be checked in an FMCSA Part 396 Annual Inspection.

“Moreover,” he continues. “a formal requirement to inspect the rear impact guard should help operators identify potential issues that may arise, thus increasing the likelihood that damaged guards will be repaired or replaced.”

Carter says Great Dane’s rear impact guards have been designed to meet and exceed the federal regulations set forth in FMVSS 223/224. The goal for his company, he says, is achieving balance in designing rear impact guards between the resistive strength of the guard and its ability to absorb energy.

“Both of these qualities are essential in producing a safe and effective guard,” he says. “While there can be certain benefits in increasing the resistive strength of a rear impact guard – a stiffer guard tends to resist a higher impact force – a stiffer guard also results in a more abrupt deceleration of the colliding vehicle. Accordingly, Great Dane’s rear impact guard design endeavors to balance resistive strength with energy absorption.

“Our safety equipment, including passive safety equipment such as rear impact guards, is an ever-evolving and improving endeavor. Quite simply, safety is a muscle that should always be exercised,” he says.

While the rear trailer guard might appear at first glance to purely function as a safety device for the truck, Great Dane’s Carter says his company often fields requests from customers to incorporate features into guard assemblies that allow for easier operation without mitigating any of the intended safety attributes.

“Due to the location of the rear impact guard, in an area often used for entry and egress … these requests often include extra vertical members with horizontal steps, handholds and end caps,” Carter says. “Moreover, Great Dane offers optional rear impact guard components designed to protect the guard itself from damage, such as dock lock reinforcements, vertical end pieces to reduce bending, among others.”

“Including the labeling requirement in the FMCSRs does not improve safety and creates a maintenance standard that motor carriers cannot uphold,” writes Collin Mooney, executive director of the CVSA in a letter to the FMCSA. “While CVSA understands the intent is to provide verification that the rear impact guard in use, and that was installed on the vehicle, meets the Federal Motor Vehicle Safety Standard manufacturing requirements, the enforcement of the corresponding FMCSR results in violations of rear impact guards that otherwise meet all the physical requirements of the FMVSS and have no negative impact on safety.”

Mooney goes on to say that these labels are meant to confirm that a component met the FMVSS manufacturing requirements at the time of production and have nothing to do with the maintenance of the component once it is in operation.

Furthermore, Mooney’s letter suggests the FMCSA look at the Canadian inspection requirements in the Canadian Council of Motor Transport Administrators’ National Safety Code 11B and “take this opportunity to align the FMCSRs with the standard, where possible.”

The FMCSA closed comments on the NPRM March 1 and may issue a final rule at any time.