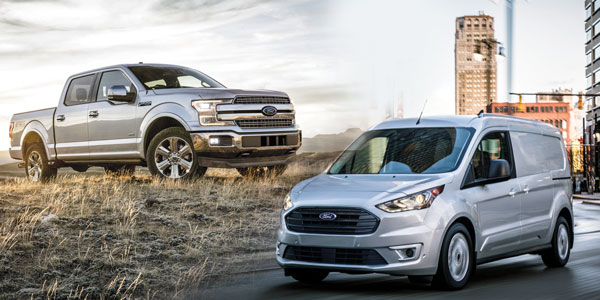 This winter, Ford made two major announcements. The first, made in December, is that the company will be offering a diesel engine option for the F-150 for the first time; the second came in February, with the introduction of the new generation of Transit Connect vans. As you read the details of these launches, you may sense a common theme between the two: giving the customer options. Whether that fleet is made up of light-duty vans or Class 8 behemoths, application is crucial to your business’s bottom line. Fleets can maximize productivity when they can choose the precise options they need from their vehicles, and it’s clear that Ford made these vehicles and engines with this in mind. 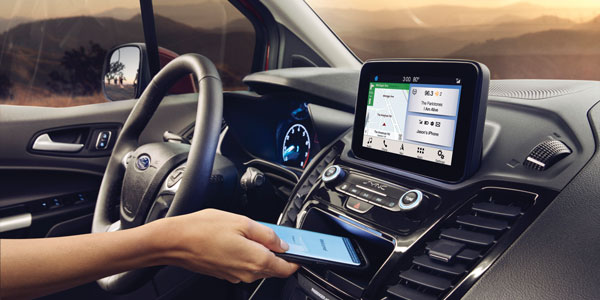 “It all starts with connectivity,” Ellenberger says. “We know that our customers are always looking to gain efficiencies to maximize everything that they do on the jobsite.”

The standard embedded modem, for example, gives you the ability to connect up to ten devices to Wi-Fi, Ellenberger notes. “For someone who uses the vehicle as a mobile office, that was another big thing: the ability to get things done without having to go back to the office. You can do it all right there on the jobsite,” she says.

Ellenberger says that having pre-collision assist technology as standard was something that Ford’s fleet customers made clear that they wanted.

“Any time you can potentially reduce accidents and minimize the downtime, and just by having the feature, reduce insurance costs, that’s a huge win for our customers,” Ellenberger notes. “In a world of distracted driving, it’s really helping to give drivers peace of mind, but also, businesses are seeing real benefits from this to their bottom line.”
In addition to the driver assist technology, Ellenberger highlights Ford’s service network as something that sets them apart. “Our Commercial Vehicle Center dealers specialize in this business and in maximizing uptime,” she says.

The options extend to the equipment choices, which start with the powertrain. Transit Connect brings back the standard 2.0L, four-cylinder gasoline direct injection engine, but has also begun offering a 1.5L EcoBlue diesel engine, as well as a 2.5L IVCT four-cylinder engine with gaseous fuel prep as a fleet-only option, for those who want to use an alternative fuel such as propane. Both the standard gasoline engine and the 1.5L diesel option come with Ford’s eight-speed transmission as standard.

“We’re expecting the 2.0L to be the majority of what people are buying, but the diesel’s great for someone who really needs that extra fuel economy—maybe a delivery-type application where you’re idling a lot,” Ellenberger says, noting that Ford is targeting a 30 MPH highway fuel economy rating on the diesel engine. “If you’re going to realize those fuel economy benefits, the diesel’s going to be a great choice.” 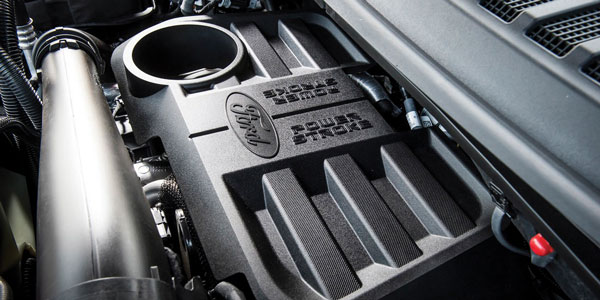 “It’s the power of choice for our customers,” says Brian Bell, the F-150 marketing manager, explaining why Ford began offering a diesel engine for the F-150 for the first time. “The F-150 is a tool for customers that they use for whatever job they need to do. And if you think about those jobs, they vary greatly. We have some customers who tow occasionally; some who tow frequently; those who haul occasionally; those who haul frequently—there’s just a wide variety, and giving them another powertrain choice will help best match the work that they do.”

The new 3.0-liter Power Stroke V6 diesel engine has a 250 HP rating, gets 440 ft./lbs. of torque, has an 11,400-lb. towing capacity and 2,020 lb. payload. Ford expects an expected 30 MPG highway fuel economy label for the diesel engine, once EPA testing has concluded. Bell notes that the diesel engine is “very much integrated” with Ford’s SelectShift 10-speed transmission, as is its gasoline counterpart.

According to Bell, the decision to begin offering diesel came about as a result of customer feedback.

“Customer feedback’s been strong that they’ve been looking for a diesel. It’s not a big group of customers that want a diesel, but there are specific customers now that really just like that diesel performance; that diesel capability. Those folks who tow frequently but still want to use the half-ton truck rather than stepping up to a higher class—the diesel’s really going to be a great powertrain for them.

“And that’s not to mention those fleets that just run diesel, like diesel, want diesel,” he adds. “Now it gives them that option in a half-ton.”

Bell estimates that the diesel engine will make up about 5% of the orders for the F-150. Bell says that this might not seem like a lot, but with a vehicle as popular as the F-150, it’s a substantial demand.

When asked for the biggest reason for customers to choose the diesel engine, Bell singles out the fuel economy and the torque.

“One of the real perks of a diesel is that you get the biggest chunk of that torque at low RPMs; the 440 ft./lbs. comes in at 1750 RPMs, so just over idle,” he says. “You’ve just got massive amounts of torque to get the load moving. When you tie that kind of diesel performance to the high-strength military-grade aluminum alloy lightweight body, it is a great choice for our customers.”

The next level: Ford increases options with the 2019 Transit Connect, the F-150 diesel engine