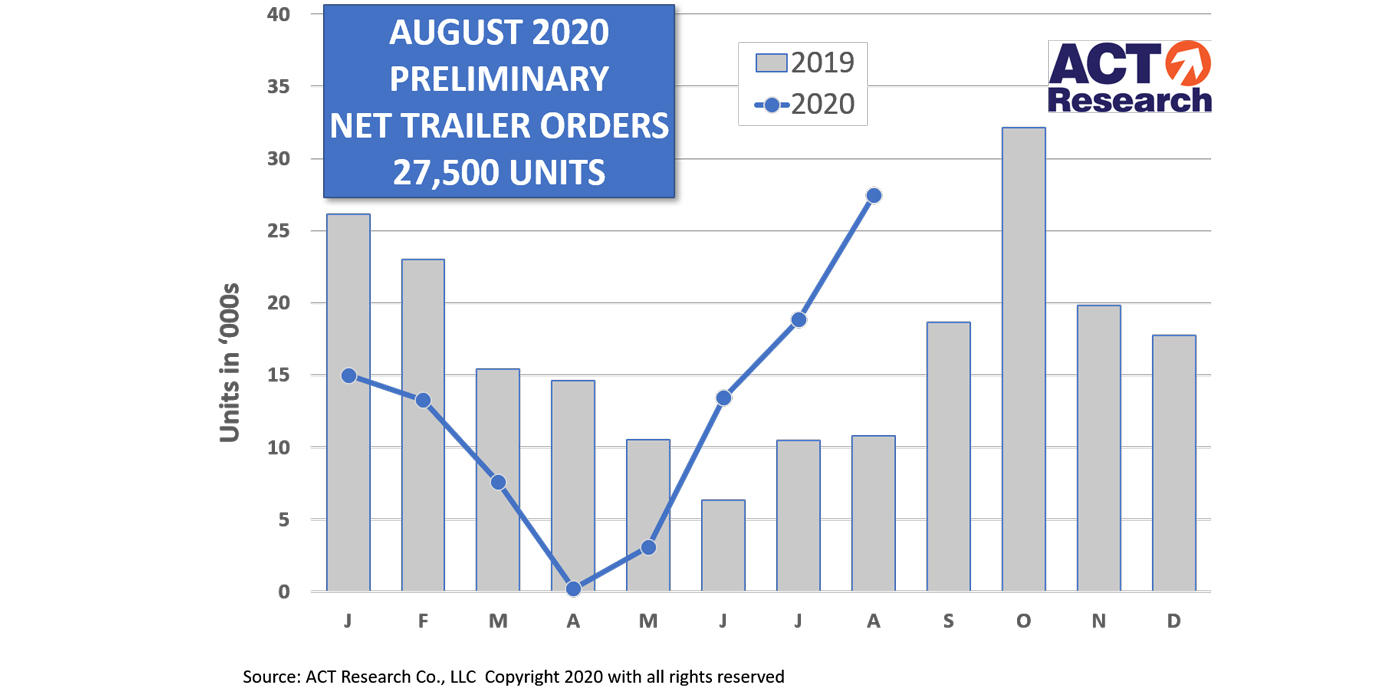 Trailer order numbers from August show continued positive momentum, according to the latest preliminary numbers from both FTR and ACT Research.

FTR reports that preliminary U.S. net trailer orders for August jumped 49% month-over-month to 28,700 units, the strongest activity since last October. August orders were 174% above the same month during the previous year, with trailer orders for the last twelve months now totaling 191,000 units.

“August’s hearty order total was a welcome and needed surprise,” said Don Ake, FTR vice president of commercial vehicles. “The volume was much higher than expected and an indication that the industry is making a surprisingly quick recovery from the pandemic. Backlogs should rise back to where they were in March, and the new orders solidify van production for most OEMs through this year. The strong August orders provide the industry with positive momentum for when fleets soon begin ordering for 2021.

“There was significant pent-up demand for van trailers coming out of the economic shutdowns,” Ake continued. “Now fleets are feeling much more confident about the freight markets and ordering trailers they would have booked in April or May, under normal conditions. There was also pent-up demand at the dealer level, with some dealers reporting record sales volumes for July and August, which are traditionally the slowest months of the year. Dealers now are placing restocking orders much sooner than expected.”

Preliminary data from ACT Research or August indicates that the U.S. trailer industry booked 27,500 net orders for the month, a 46% improvement from July and more than 150% better than the same month last year,

Before accounting for cancellations, new orders approached the 29,000 mark. Both new and net orders were the best in their respective categories since last October, ACT says.

Frank Maly, director of CV transportation analysis and research at ACT Research added, “The industry continues to improve from meager COVID-induced Q2 volumes. Discussions indicate that large fleet orders are the driving factor in recent market improvements. After very weak expectations in late spring, fleets have switched to a much more optimistic tone, supported by both improved freight volumes and rates. OEMs have adjusted their operations in response. As a result, some fleets could be becoming concerned about the timing and availability of trailers in the new year, making CAPEX commitments as a result. At current production rates, the industry order board extends into the middle of Q1 of 2021.”

New FMCSA rule takes effect for HOS
Connect with us 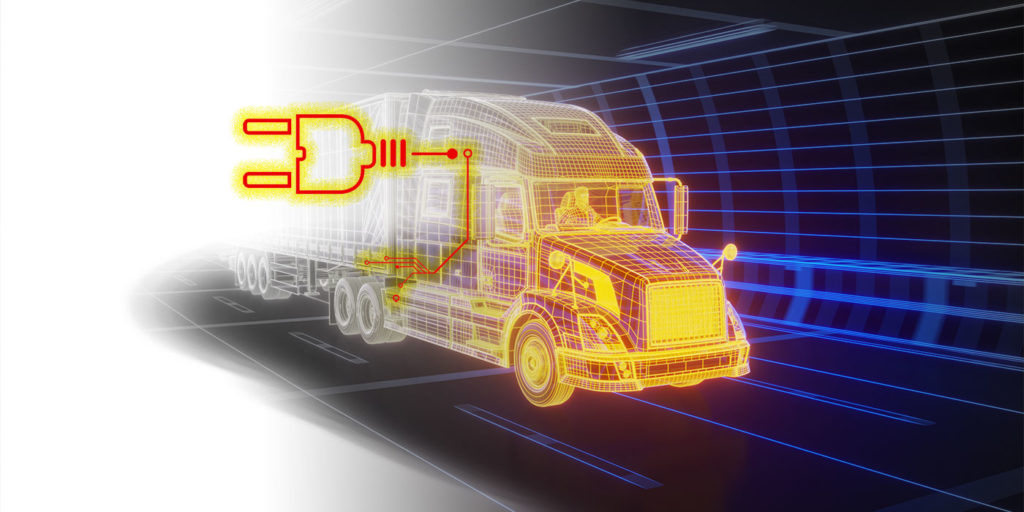 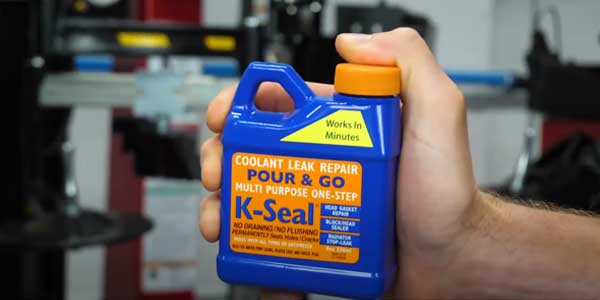