How the right heavy-duty truck tires can improve fuel efficiency 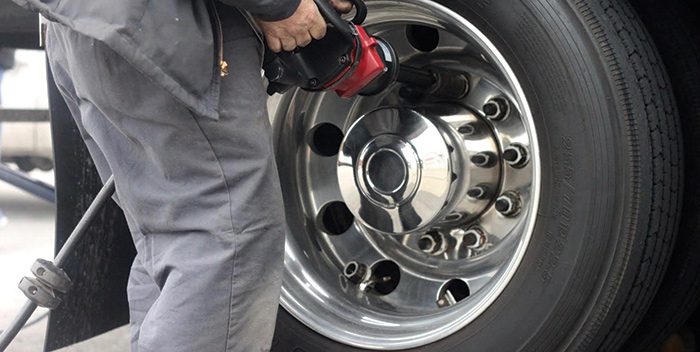 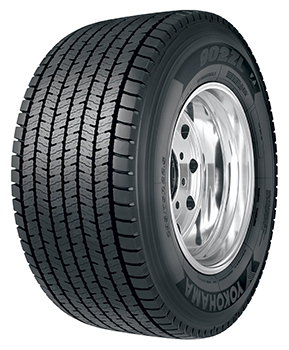 “Selecting the right tire for the right application is of prime importance,” Cowart says. “The tire’s performance must sync with the nature of the operations, drivers and their habits, driving locations, maintenance, budget and other priorities—such as fuel costs.”

She adds that the combination of tread life and fuel efficiency, while maintaining the commitment to safety, is a key pillar of environmental impact with the goal of reducing CO2 emissions, fuel consumption and waste of tires due to tread life. A long-haul application will clearly see the benefits of a rolling resistance tire in a much shorter time.”

“Within the casing design, each element is analyzed under simulated operating conditions. This allows Yokohama to accurately predict physical changes the tire will undergo during its lifetime. By being able to predict these changes, we can reduce the strain to the casing from normal stress or applied force. The result is cooler operating temperatures and greater casing life and retreadability.”

“You get what you invest in tires,” he adds. “Fuel-efficient tires may initially cost more up front; however, the return on investment is also high in terms of fuel savings, overall better performance and lower cost of total ownership. Plus, they also tend to weigh less allowing for more freight to be carried.”

“Fuel-efficient tires incorporate a variety of different elements that work together to reduce the consumption of fuel that is caused by the drag,” says Walter J. Weller, senior vice president of CMA LLC. “Tread design, fuel-efficient tread compounds, tread depth, tire weight and casing design all contribute to the fuel efficiency of a tire. Various compounds and polymers employed in the tread can reduce the rolling resistance of a tire. Silica-based compounds are one example. Base compounds that reduce heat are also used under the tread to allow the casing to run cooler. Tires that generate less heat while they are running also contribute to fuel economy. This is good for retreadability and for improved fuel efficiency.”

When asked about the advantages of using fuel-efficient tires on all positions—steer, drive and trailers—Weller says the obvious answer is that “by using them on all positions you will maximize your fuel economy. If you are really interested in saving fuel, then you could run a fuel-efficient steer tire on all the tractor wheel positions and a fuel-efficient trailer tire on the trailer positions. The downside is the original tread life will be sacrificed on the drive positions. This also is not realistic for a fleet that runs coast-to-coast or operates in climates that have a variety of weather conditions like snow.” 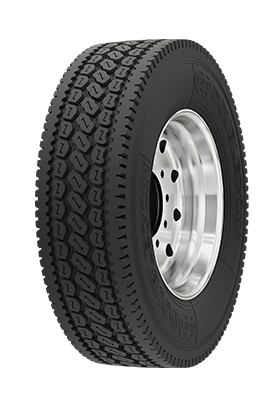 “Three main factors impact the rolling resistance in a tire: tread compounding, tread pattern design and tire structure,” says Matthew Hanchana, sales technical service manager for Giti Tire Ltd. “Tests show over 50% of the rolling resistance of a tire is generated from the tread and belt package; as such, many research hours are spent studying and improving these components. Tire companies develop tread compounding techniques to reduce the energy absorption and subsequent heat generation within the tread and belt package that, at the same time, do not compromise other important factors such as durability. Low energy absorbing materials are sometimes referred to as reduced hysteresis materials in this context.”

The tread pattern design is also an important consideration when trying to improve the fuel efficiency of a tire—streamlined ribs, blocks and lugs; good balance between cap and base compounds; shallower tread depth; and stiffening the belt package are all important considerations. Fuel-efficient tires have more of an impact on reducing fuel costs for line haul operations, but they can also positively impact fuel costs for regional fleets and on-off highway operations, notes Hanchana.

Therefore, although fuel economy has a greater impact in high-speed long haul operations, fuel economy plays a role even in regional/local and high load, on-off operations.

The tire industry is moving in the direction of developing products that are ultra-specialized to precisely meet specific service options. This being said, however, there are versatile tires that can offer a fair balance between two operating conditions if the conditions are fairly close to each other on the spectrum—medium haul and regional for instance. The fleet must be careful in defining the top and bottom ranges for a proper tire selection.

“Many fleet managers feel that the investment in low rolling resistance tires, which tend to cost more, is money well spent,” shares Hanchana. “Depending on the type of fleet operation, vehicles used, driver situation and the fluctuating cost of fuel, a fleet manager must analyze all factors affecting fuel efficiency to make an informed decision regarding fuel-efficient tires for the fleet.” 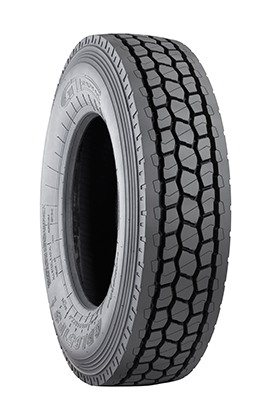 Savings on all positions

On a tractor-trailer combination, the steer tires contribute 15 to 20% to fuel economy, drive tires 30 to 40% and trailer tires 40 to 50%. Considering that trailer tires have the biggest impact on fuel economy and that trailer tires represent the biggest population in the average fleet in America, selecting the proper trailer tires for the fleet will have the biggest impact on MPG consumed than any other wheel position. Therefore, the first priority for a fleet interested in saving a significant amount of money is to start moving into fuel-efficient tires (SmartWay-verified), starting with the trailer axles and continuing with steer and drives. As previously mentioned, however, steer and drive tires do significantly contribute to a tractor-trailer’s fuel efficiency. It is important to have fuel-efficient tires on all positions.

Fuel efficiency relies on more than just the right tire. “For every 10% of under-inflation in the tires on a vehicle, a 1% reduction in fuel economy will occur, which, although small in appearance, is actually big when you multiply by tire positions, trucks in your fleet and miles run per year,” Hanchana explains. “Also, it is important to remember that rolling resistance increases with speed. For every MPH increase in speed above 55, there will be a 2% reduction in MPG. Therefore a change from 55 MPH to 65 MPH will result in a 22% increase in fuel consumption while reducing only 18% of the travel time. High speed also will end in higher thermal and mechanical fatigue of the casing, lower retreadability and potential premature failure.”