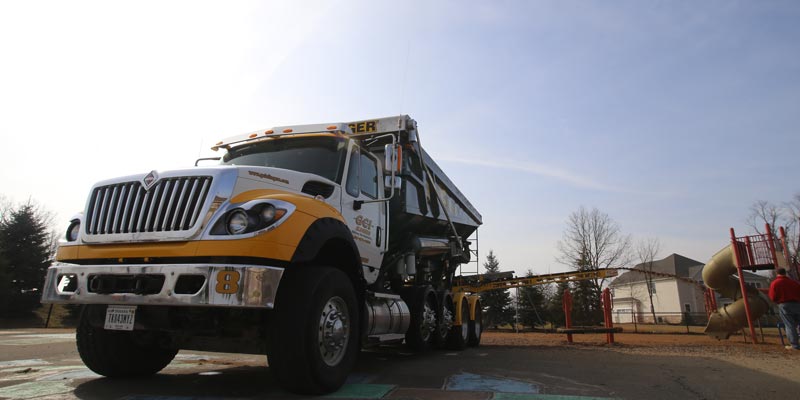 Aaron Witmer doesn’t believe in state secrets. While many fleets guard their fleet’s data and information closely, Aaron is beyond excited to share it, gushing about the various ways his fleet has been able to improve recently.

That same perspective—having all the information you can—is central to how Aaron’s fleet has increased efficiency and success in recent years.

GCI Slingers and Gravel Conveyors is a manufacturer and installer of slinger bodies for dump trucks in addition to running a fleet of trucks for gravel delivery. The company’s current business began 35 years ago when Mike Pettijohn, father of the current owner Travis Pettijohn, invented the first mobile conveyor.

GCI is now operates 21 trucks in Zionsville, Indiana, outside of Indianapolis. Aaron has been there for six years, starting out as the parts manager and advancing to his current role as operations manager.

Making up GCI’s fleet are 17 International HX models, three Macks and one Peterbilt, all with dump body configurations.

‘An astronomical amount of money’

GCI’s trucks work on residential and commercial projects, using its custom-designed gravel slinging dump bodies for precise material placement. As you can imagine, it’s a unique application that presents its own set of challenges.

In 2014, GCI began using Verizon Connect Reveal, which Aaron Witmer says has had innumerable positive effects on the fleet’s performance and cost savings.

According to Aaron, using telematics has enabled the fleet to save huge amounts of money and to nearly double its size.

How did this happen?

“We’re using PTOs on our entire fleet,” Aaron explains. “When our truck is driving down the road, it’s burning on-road diesel as it should, but when we get to a job site and we turn our PTO on, we are now heavy equipment, and we can legally burn off-road diesel. The problem is, I can’t carry both fuels; I can’t have dual tanks.

“So, the O-sensor records the PTO time. It tells me how long the PTO’s been on, how long that truck has been functioning as a piece of heavy equipment. Then at the end of the year, we can turn in all of that PTO data to get a tax credit or a tax rebate for all of that on-road fuel tax that we paid.”

When you’re tracking this information by hand with a pen on paper, the government has placed a cap on the tax credit amount that you are able to receive. When you’re tracking it with telematics, there is no cap since the numbers are easily provable. As you can imagine, for a fleet that uses PTOs as extensively as GCI does, this is, as Aaron says, “an astronomical amount of money.” In 2017, for instance, that number was north of $90,000.

And that goes back to one of the main reasons fleets make use of telematics in general—the ability to track everything your fleet is doing, and get exact data on it. In a field that relies as much on making money in the margins as the heavy-duty trucking industry, if you’re not getting the numbers exactly right, there’s no way your fleet is being as efficient as it could be. Telematics and data help you get to that point of being as efficient as you could be—which means making as much money as you can be, whether that’s small improvements here and there or, in Aaron’s case, astronomical amounts.

As important as the tax rebates are, that’s far from the only benefit GCI has seen from its focus on data-driven solutions over the past few years.

“The biggest thing for us is that we need to know costs,” Aaron says. “And costs in trucking aren’t fixed. You have to track them live. It’s not as easy as saying, ‘Well, this is a 20-mile route, it’s going to use this much fuel; it’s going to cost this much.’ You also need to know: what driver do you have on it? Is there construction in the workflow? Can our machines, which are very large, fit under all the bridges?”

Aaron says that the most important thing the fleet gets from its telematics system is transferable recorded data—and the certain knowledge that the data is accurate, which they didn’t have before.

“It helps in breakdown efficiency, towing efficiency; it even helps out with a lot of data that isn’t recorded, which is really funny. Just by installing it in the trucks and knowing that we’re going to go over it, every safety meeting, your drivers drive slower, they brake easier, they turn softer,” he shares. “It doesn’t just record them, it put the pressure of that recorded data on the people that are being recorded.

“So it lets the drivers know, not only are you being recorded, but I’m using this data, and we are going to talk about it if you are speeding or if you are driving inefficiently.”

You might think that drivers would be resistant to being recorded in this way, but Aaron said that once the drivers saw how the fleet was going to use the information, and learned to use it themselves, there’s been no resistance to it.

“If anything,” he says, “our whole company is addicted to this platform.”

“We need it,” he says. “My fleet manager pulls up his app when he’s lying in bed every morning, and he and I will start texting at 5 o’clock. ‘Hey, why aren’t these trucks on?’ Or ‘what’s going on with these?’ Or, ‘Hey, that truck’s still in the shop, was it not fixed last night?’ I mean these guys get addicted to this information being at their fingertips. It becomes such a part of your daily life, being able to have it all so easily accessible.”

GCI isn’t resting on its laurels after securing its tax rebates from its telematics devices. The fleet continues to solve problems using telematics and data every day.

And they mean every day. “Just yesterday,” Aaron shares, “we were working on the FedEx job here locally—FedEx is building their new HQ connecting Indianapolis Airport. It’s actually one of the largest construction jobs in the world at the moment.

“Obviously, this jobsite is chaotic. We had material come in at very specific times and very specific places, but there was nowhere to stage the material or have it there early. The superintendent was having a hard time with the timing. And so we actually just had him download the Verizon app to his phone, and then he could watch the trucks live on his phone, which helped him be able to schedule out his day.

“He could see where our trucks were from the pit, how close they were to the job site, and he didn’t have to go through dispatch, he could just pull up the map and do it himself. That was a pretty cool problem we were able to solve.” 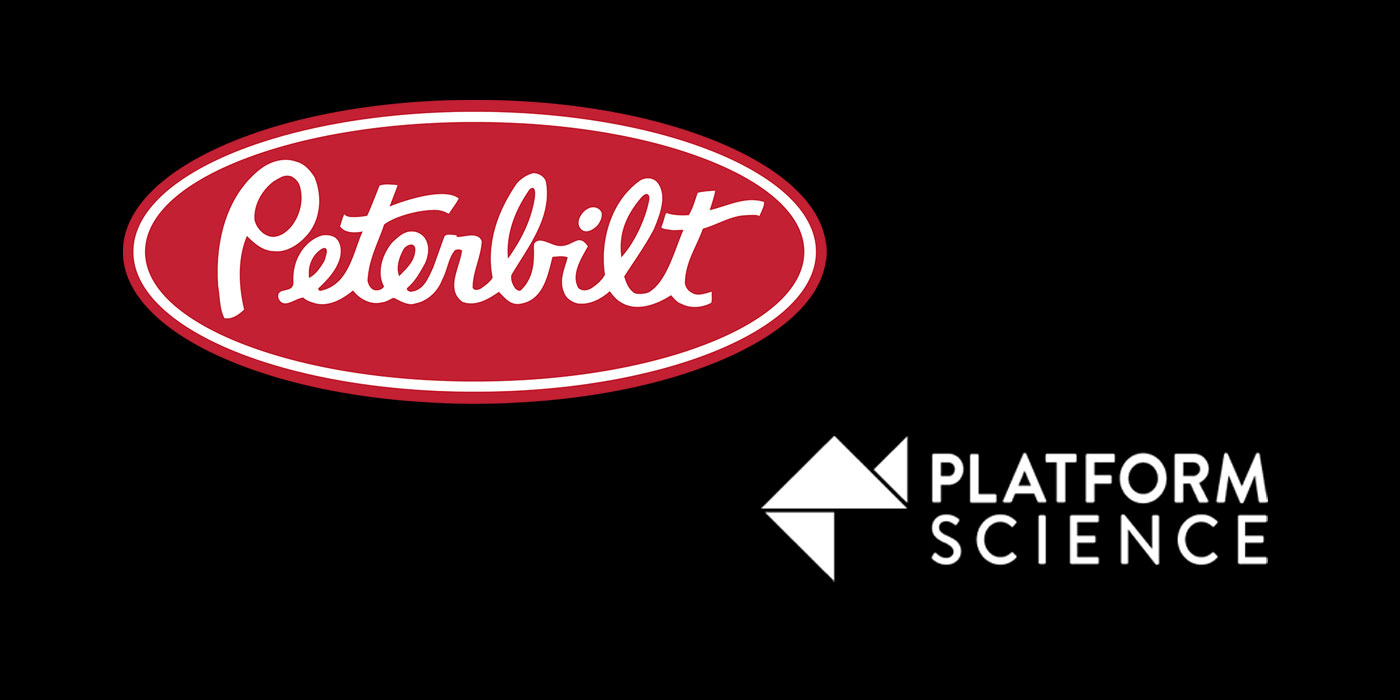