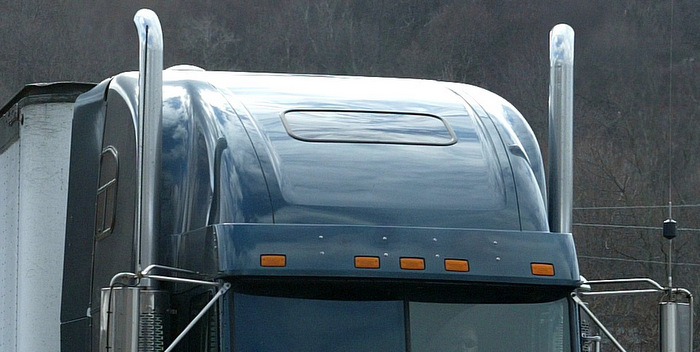 Vehicle technology related to Greenhouse Gas (GHG) emission standards are adding initial vehicle purchase costs, but in the long run, the benefits will be outweighed by projected lifetime fuel savings. Even taking into consideration the higher overall acquisition and potential maintenance costs associated with tougher GHG standards for heavy-duty trucks, the significant fuel savings these standards will lead to might be good news for the trucking industry, says Jim Sweeney, vice president of capital equipment for AmeriQuest Transportation Services.

The rules for heavy-duty trucking beginning with model year 2019 will take effect immediately following the current GHG standards that are just now phasing in for model year 2014-2018. “The 2014-2018 standards should result in significant savings and benefits over the lifetime of the vehicles and as a whole, could save owners and operators an estimated $50 billion in fuel costs,” Sweeney says. “There is no reason to doubt similar benefits will not be generated by the 2019 rules.”

Even taking into consideration the higher overall maintenance costs associated with tougher GHG standards for heavy-duty trucks, the significant fuel savings these standards will lead to mean possible good news for the industry.

President Obama recently unveiled a new plan to reduce GHG emissions that will set even tougher fuel-efficiency standards for heavy-duty trucks beginning with model year 2019 trucks. These proposed rules, which will be developed in conjunction with truck OEMs, will take effect immediately following current GHG standards that are just now phasing in, covering model year 2014-2018 heavy-duty trucks. In his speech, the president lauded the first-ever 2014-2018 GHG standards for trucks that are expected to reduce gas pollution by approximately 270 million metric tons. Under these standards, heavy-duty trucks are being required to achieve up to approximately 20% reduction in fuel consumption and GHG emissions by 2018, which will save up to 4 gal. of fuel for every 100 miles travelled, according to government forecasts.

So far, the first round of GHG emission standards being implemented has resulted in the development of enhanced engine electronics, more efficient driveline components to reduce friction, idle reduction technologies and more aerodynamic styling. In addition, improvements being put into place that are contributing to improved fuel economy comprise aerodynamics—involving roof and fuel tank fairings, cab design and lower side skirts—and enhancements such as low-rolling resistance tires and overall weight reduction of trucks and trailers.

Although the 2014-2018 standards are adding a projected $6,200 to the price of new trucks, according to the U.S. EPA and the National Highway Traffic Safety Administration, the estimated lifetime fuel savings for heavy duty trucks made in model years 2014-2018 are projected to be $79,089, with the added cost recouped in less than one year.

“We tend to agree with truck manufacturers like Daimler Trucks North America and Volvo Trucks,” Sweeny says. “Following the president’s speech, they expressed their support for additional GHG emissions standards. The 2014-2018 standards should result in significant savings and benefits over the lifetime of the vehicles and as a whole, could save owners and operators an estimated $50 billion in fuel costs.

“Of course, with change comes pain—the increase in overall maintenance costs for this new technology is undeniable—but looking at the big picture, the economic and operational benefits that come along with these initiatives seem to far outweigh the bad,” Sweeny adds.