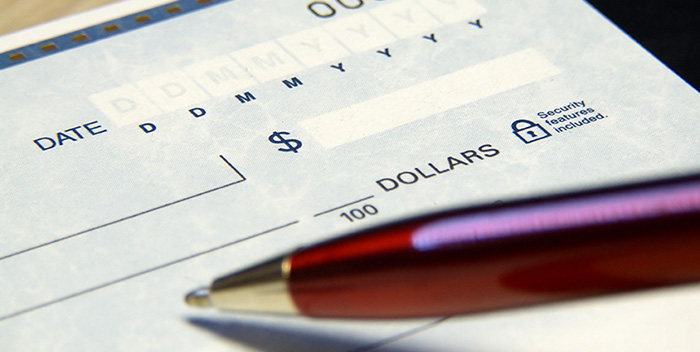 A recent fleet cost reduction meeting, requested by the president, called for our department heads to come up with three cost saving initiatives outside of the normal box. The thinking was to fire up and measure the results from each idea going forward. The real intent, in my opinion, was to see what people have not been looking at; some of the replies from difference department heads were extremely interesting.

One was to cut company’s water stock to three bottles at delivery, in addition to the six in the closet. That only worked for first week. Company cell phones, convert to personal ownership and a percentage of what their free minutes are. Convert company vehicles to personal ownership and a car allowances; not necessarily a bad idea, but under whose insurance coverage during work-related travel? International calling rate plans and a change from an internet provider to cut the cost by $100 per month was a solution for one location, while another cut back on office cleaning and truck washing. In my interpretation, all stuff that should be part of the normal day-to-day managing.

In our own department the next day, I saw a mechanic rebuilding a fifth wheel. I asked the mechanic, “What are we doing?” He replied: “rebuilding the fifth wheel.” He had it off the truck and had scrapped of the all the grease, removed all the old parts. He then had the new kit greased up like tanning oil on the beach.

So I asked a few questions, Colombo-style:

Was there a DVIR reporting excessive slop? No.

Was this a result of a PM inspection? Nope.

So what was it? A spare truck. OK, now we’re getting somewhere.

I asked him, “How we determined the need for the work?”

He said that it was almost out of adjustment and thought that we needed to do it. Later, I asked the lead foreman about the fifth wheel rebuild. He said that he wasn’t sure and that he thought it was being rebuilt.

“I think the service writer told him to do it,” he replied.

“Does it need to be rebuilt?”

I pressed him further: “Did the driver previously complain about the ‘slop?’”

“Isn’t the truck on the trade list for the 150 new trucks being delivered?”

Timing was in my favor. The service writer walked by and I asked him the same questions, and well, got all the same answers. The result wasn’t pretty: a $400 jaw kit, four hours of labor, at least, adding up to approximately $700-$800 at the end of the day.

Now it did not take long for the lead and supervisor to call the director of shop maintenance to inform him, and he had some modified body language. The good new was that I stirred up the thought process in the shop. I asked too many questions and ended up embarrassing all of us, including myself, but for good reason.

The moral of the story is that the president forced everyone in the department to find outside-the-box savings and develop internal initiatives; all the while this situation going on right under our noses. The real issue here is: Who is in control of the checkbook?

In defense of the mechanic, he is just doing what he believes is right. Following previous perceived practices of either his current employer or previous employer. How do we control the spending? Maybe the wheel did need rebuilt, or maybe not. The specs from the Department of Transportation is ½ in. of play. We identified the problem in this instance and examined the situation; this will not be talked about or brought to the cost saving initiative meeting (a suicidal move for sure, resulting in the savings of several salaried supervisors…).

In the end, there is the right way, the wrong way and the most cost-effective way to repair vehicles. My advice is to take the checkbook out of the hands of the mechanics. Sure, he knows how to fix things, but not necessarily how to manage expenses to be the lowest cost provider; so says Colombo.

Who is controlling the checkbook?