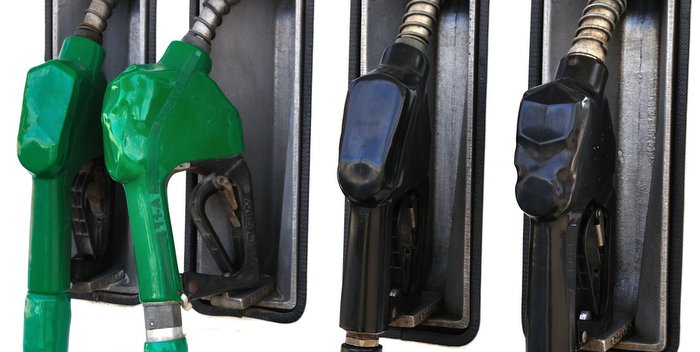 Diesel fuel contains sulfur, which derives from the original crude oil source and can still be present after refining.

Diesel fuel contains sulfur, which derives from the original crude oil source and can still be present after refining. After combustion in the engine, this sulfur forms particulates that are a primary contributor to air pollution and the cause of harmful corrosion in the engine.

Before global efforts to improve air quality and remove sulfur from fuel came about, high levels of detergent additives were a necessary component of engine oil to protect engine parts from the damage caused by sulfur. Detergency was so important that a common way to interpret engine oil performance or oil life was by measuring the level of detergents in an oil by the total base number (TBN).

The impact of sulfur on engine hardware

After combustion, sulfur from diesel fuel creates sulfuric acid that causes caused corrosive wear on the metal surfaces of an engine. Corrosion of a surface within in a dynamic system such as the cylinder wall/liner can lead to corrosive wear; surface corrosion layers are removed through sliding or abrasion.

There are three main types of acids that form in an engine:

Historically, the high levels of sulfur common in all fuels required engine oils that prevented the build-up of sulfuric acid and coated engine parts with a protective layer to reduce the level of corrosive wear. Engine oils formulated with basic (alkaline) additives react with sulfur acids, preventing the acids from reaching and attacking the metal surfaces.

There are three main categories of engine oil additives that protect against corrosion.

Fuel quality, including fuel sulfur levels, plays a big role in the requirement of the engine oil. Fuel quality can impact engine hardware, so the oil must be formulated to protect against these impacts. Using the correct measure for the way the oil performs is therefore crucial.

The level of sulfur acids created by today’s ULSD fuel are so low that the need for elevated levels of detergents that produce high TBN no longer exist. Instead, protection against organic acid corrosion has become a more necessary requirement of modern engine oil.

This article was contributed by Greg Matheson, engine oil product manager for North America at the Lubrizol Corp.

Are you retreading your truck's tires to the right position?
Connect with us