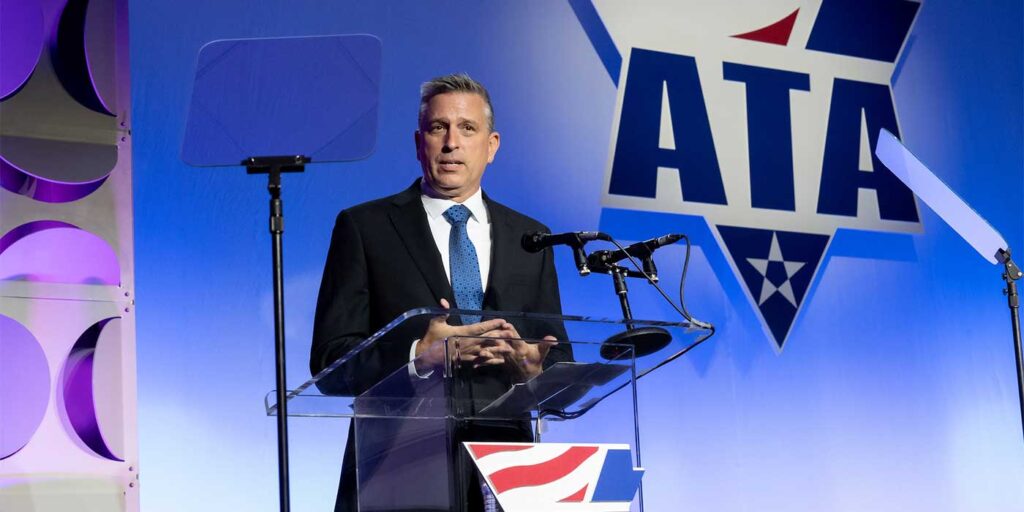 “Truckers Against Trafficking is a tremendous organization that’s helping save countless lives through its educational programs that have trained more than 1.3 million truck drivers and others in our industry how to identify and report possible human trafficking cases,” said Blake, who also serves on the TAT board of directors in addition to his role at Inland Kenworth – Phoenix. “It’s truly an honor to receive the TAT Champion Award and I look forward to continuing to work with TAT to raise awareness of human trafficking in our industry.”

In the past five years, Blake has spearheaded the effort to build two special “Everyday Heroes” Kenworth T680s and a T680 Next Gen that were sold at auction with all proceeds going to TAT. Blake received significant support from key sponsors including Kenworth Truck Company and Inland Kenworth to offset the costs to build the trucks. The “Everyday Heroes” trucks were specially wrapped to help promote the organization’s mission on the road.

TAT is a 501(c)3 non-profit devoted to stopping human trafficking by educating, mobilizing, and empowering the nation’s truck drivers and rest stop employees.