Inside axle ratios: Detailing the range of downspeeding options 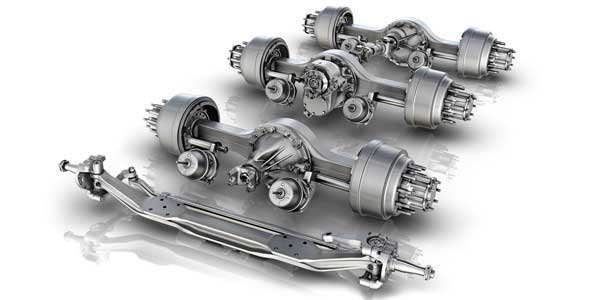 Any on-highway truck you spec today will likely employ downspeeding to some degree. The sources within this story all agree that the majority of trucks today are putting faster ratios on the road. It’s a trend being driven by increased powertrain innovation and integration, with automated manual and automatic transmissions playing a key role in the continued chase of improved fuel efficiency.

“The evolution of transmission and engine designs has allowed operation in fuel efficiency RPM range while in cruise speeds,” explained Karl Mayer, Meritor’s director of product line management, rear axles, North America. “Faster ratios are also supported through the use of automated manual transmission and torque controls on engine. Additionally, higher fuel prices in the future and pending GHG requirements for 2020 and beyond will drive additional demand for downspeeding.”

Before digging into downspeeding details, let’s make sure we’re in the same gear. Engine downspeeding is enabled through faster axle ratios that allow the engine to maintain a lower RPM—thus saving fuel—while still providing the necessary power to the axle.

Axle ratio is written as, well, a ratio, such as 2.16:1 in the case of Detroit’s fastest direct drive axle ratio offering. But what does 2.16:1 mean? The ratio is simply the number of teeth on ring gear divided by the number of teeth on pinion. For example a 2.16 ratio could have 41 teeth on the gear and 19 teeth on the pinion: 19/41 = 2.159 ratio. To make it all work, the transmission needs to be tuned to handle the engine speeds and an axle needs to be ready to accept it; faster ratios enable the engine to maintain the 200 HP needed at the wheel end despite a lower engine RPM. At its core, downspeeding is a function of the axle ratio, not axle configuration.

When spec’ing your powertrain, you need to ensure that you’re requesting the correct ratio for the application.

“If a customer specs the wrong ratio for their applications, the consequences can range from poor performance to less than expected fuel efficiency gains,” said Kelly Gedert, manager of powertrain and components marketing with Daimler Trucks North America. “The amount of fuel efficiency gained is impacted by several factors including and can vary greatly. If a customer specs the right downsped powertrain for her application and has drivers that are knowledgeable in the correct operation of these powertrains, particularly the use of cruise control, then there is a good chance efficiency improvements will be at a maximum. Conversely, spec’ing the wrong downsped powertrain for the application and drivers operating the vehicle inefficiently will lead to less than expected fuel efficiency improvements.”

“Aggressive downspeeding should be limited to long-haul customers who spend 80% to 90% in top two gears and have at least 30 miles in between stops,” Meritor’s Mayer said. “Slightly faster ratios with overdrive transmissions is more versatile in applications such as linehaul, regional and city delivery with ratios ranging from 2.64 to 4.11.”

There’s no shortcut for choosing the correct ratio, and it will be dependent on the variables within your duty-cycles. Applications outside of long-haul highway routes would generally not reap the efficiency gains of downspeeding.

“There are also limitations based on startability and gradability requirements,” pointed out Patrick Dean, Kenworth’s chief engineer. “For example, applications with heavier loads may be able to benefit from decreased engine speeds on the highway, but not be able to achieve their desired performance. Alternatively, if the truck can’t get to top gear and stay there, that is also a no-go for downspeeding. It is ultimately about engine speed. The vehicle speed, tire size, transmission gear and rear axle ratio all determine the final engine speed.”

“Axle ratios are not selected in isolation,” began Steve Slesinski, director of product planning for the commercial vehicle market at Dana Inc. “We work closely with truck manufacturers to make sure that the engine, transmission, driveshaft and axles work as a finely tuned, integrated unit to deliver the specific performance needed for any given application.

According to Slesinski, Class 8 linehaul trucks that spend most of their time at highway cruising speeds usually fall into axle ratio ranges usually between 2.26 through 3.36:1 based on duty-cycle, speed, and type of transmission. Axle ratios for heavy-haul applications operating on-highway range from 3.08 to 4.10:1. Of course, it’s important for you to work with your OEM and suppliers of choice to make sure that you select the correct ratio for your applications.

“When a fleet specs a new truck with a configuration designed to support engine downspeeding,” he said, “a good general assumption is that they can achieve a 1% increase in fuel efficiency for every 100 RPM that the engine is slowed at a given operating speed.”

“The fuel efficiency gain percentage is affected by how aggressively the customer applies downspeeding, the application, and what ratio they select,” Meritor’s Mayer said. “In a traditional scenario of operating a truck with cruising speeds of 1450 RPM down to 1125 RPM (effectively a 300 RPM decrease) the customer can expect to gain around 3% fuel efficiency. However, this can vary based on engine and application of the vehicle.” 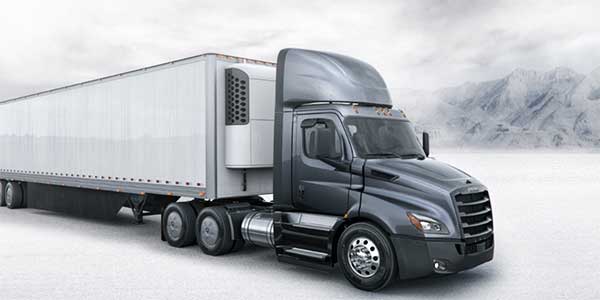 Today’s advanced engines are the heart of downsped options. Take the PACCAR engine lineup, for example. Wesley Slavin, marketing manager of on-highway for Peterbilt Motors Co., said that the PACCAR MX-13 and MX-11 sport flat torque curves and are able to achieve peak torque at much lower RPMs. “Thanks to this feature, a downspeeding truck is able to maintain good low-speed performance and startability,” he explained. “Holding speed with a lower gear at cruise will require shifting as road terrain changes.”

That’s where AMTs come in with their ability to precisely manage the gearing. “Effective engine downspeeding requires the engine to operate primarily within its peak efficiency range, which generally requires more shifting of gears in the transmission to maintain a certain RPM range,” Dana’s Slesinski said.

For every 100 RPM drop in engine speed to save fuel, the torque goes up significantly to maintain full power. In its testing of high-torque axle applications, Dana found that decreasing an engine’s RPM at cruise speed from 1450 RPM for the typical engine to 1125 RPM for a downsped engine increased torque loads in the driveline by 29%. These higher torques place added stress on the axle, driveshaft and inter-axle shaft, greatly reducing the life of these components, especially U-joints.

“If you continuously run more torque through the driveshaft and axle, it could result in premature wear,” warned Tom Bosler, director of global product planning for the commercial vehicle market at Dana Inc. “Every OEM has specific torque-handling requirements, and the proper driveshaft should be specified to match the axle ratio.”

Just as engines oils have shifted toward low-viscosity grades, so too has axle lubrication. Last year, Detroit unveiled its Axle Lubrication Management (ALM) system, which allows for a more efficient use of axle lubrication and driving additional fuel economy improvements attributed solely to the axles, according to Gedert.

During the launch of Meritor’s 14X HE tandem axle, Ken Hogan detailed Meritor’s lube management process. “The main benefit to the lube management system is that it enables our axle to lower the lube level while it’s moving at speed,” he said. “It takes the oil and runs it through some tubing and puts it out to the wheel ends, and then it holds it in place there, effectively lowering the lube level, which reduces the churning losses due to the reduced oil level in the main sump. Reducing the churning losses is one of the main contributors to the efficiency gain.”

“Meritor has noticed a trend toward lower viscosity lube which results in less friction and increased axle efficiency,” Mayer reported. “This reduction in lube viscosity can equate to a 0.3 to 0.5% improvement in overall axle efficiency. Lube manufacturers must stay focused on developing lubes that can withstand heat and have the same life to allow for 500,000-mile or four-year oil change interval.

Additionally, maintaining the proper lubrication levels within the axles is imperative. Peterbilt’s Slavin said that too much oil could create excessive churn and reduce the operating efficacy and fuel economy. “The PACCAR 40K axle, for example, has an internal lubrications system to allow for proper lubrication with less oil to reduce these churn losses,” he said.

Just a handful of years ago, the idea of axle ratios speeding up toward a future lower than 2.0:1 would have been unthinkable. Today, we stand on the edge of that reality.

“To downspeed lower than 2.0:1,” Meritor’s Mayer began, “engine and transmission suppliers are developing products that can run in 900 RPM or lower while still providing adequate performance. OEMs will need to focus on further development and testing for noise, vibration and handling, and the effects of higher torque throughout the powertrain. That said, Meritor currently has OEMs inquiring about ratios between the 1.8-1.9 range, so it is likely a ratio below 2.0 will come sooner than later.”

“Engine and transmission technologies also play a part, and Dana has longstanding collaborative partnerships with leading industry suppliers in order to take a comprehensive systems approach,” he said. “Engines need to be able to run at a slower RPM while providing the torque required to move the vehicle forward. The gap is closing in the range between clutch engagement, RPM and on-highway cruise speed. As that becomes achievable and we can automatically shift transmissions to make sure the engine is always running in a sweet spot for efficiency, lower axle ratios are feasible.

“On the other side, more widespread acceptance of current downsped options will drive accelerated adoption,” he concluded. “As fleets get comfortable running a 2.26:1 ratio, the industry will be pushing the envelope to go lower.”