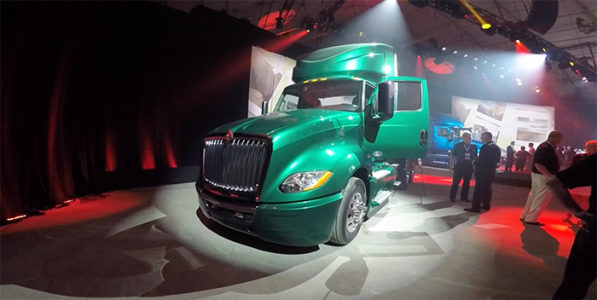 International Truck has launched its new line of Class 8 over-the-road trucks, the LT Series. According to International, the company made the needs and preferences of drivers a priority in developing this truck. 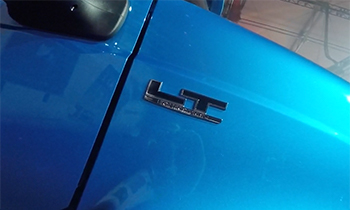 The LT Series will be offered in multiple configurations, including day cab, 56-in. low roof sleeper, 56-in. high-rise sleeper, 73-in. high-rise sleeper and 73-in. sky-rise sleeper.  It is being launched with the new 2017 Cummins X15 engine, which has HP ratings of up to 500 HP in the efficiency series and up to 565 HP in the performance series. In the spring, it will be available with the new 2017 Navistar N13 engine, a 13-liter engine that produces up to 475 HP and 1,750 lb./ft. of torque. The company is taking orders today and will begin production in late November.

“The LT series is a springboard to where trucking is going next,” said Troy Clarke, chief executive officer of Navistar. “We’re entering a period of revolutionary change. These changes will fundamentally change how freight is moved and how vehicles are operated, and as a result, your needs will change as well. I believe companies that win in the next decade are the ones that embrace these advancements, that see this rapid change not as a threat, but rather as a disruptive force for good, and an opportunity to get better faster. Navistar is committed to being on the right side of this change.”

The Bendix Wingman Advanced collision mitigation system comes standard with every model in the series, and is also available with the optional Bendix Wingman Fusion and Meritor WABCO OnGuardACTIVE systems. According to the company, the LT Series provides fuel efficiency that is 7% better than the company’s most recent fuel economy leader, a 2017 ProStar with the Cummins ISX15 engine.

Other features of the truck, according to Navistar, include:

“We will set a new standard in the Class 8 on-highway market,” said Bill Kozek, Navistar’s president of truck and parts.

Advertisement
In this article:International Trucks, Navistar