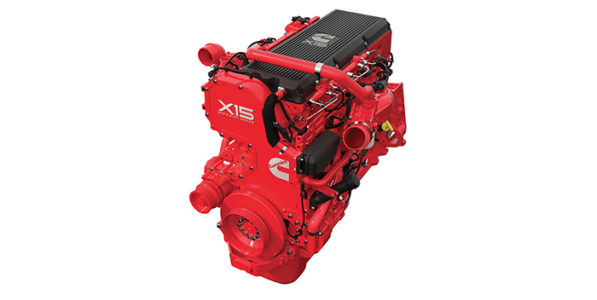 Jacobs’ and Cummins’ engineers worked together to optimize the performance of the engine brake, and according to the companies, the 2017 X15 capitalizes on the optimization of the VGT and the braking cam to deliver approximately 10% additional braking power at engine speeds under 1,700 RPM, compared to that of the 2010 ISX15. At a typical engine speed of 1,500 RPM, drivers can now rely on 450 HP of braking power to provide confidence and driver control while in traffic or descending a hill. The engine brake in the X15 Performance Series will deliver a retarding force of up to 600 HP of braking at 2,100 RPM, the company said.

“Cummins was Jacobs’ first engine brake customer in 1961. Over 55 years later, we continue to innovate through collaboration among our engineering teams using all engine systems available to maximize engine braking,” said Steve Ernest, vice president of engineering and business development for Jacobs. “When the pioneers and global leaders of engine brakes combine efforts with world- class diesel engine designers, we drive constant innovation and evolution of technologies that deliver performance and value to the customer. With the Cummins X15, equipped with an integrated Jacobs Engine Brake, truckers will experience safer travel and the improved comfort they demand, while reducing the wear of foundation brakes, downtime and service costs.”

Heavy-duty: FTR’s May Shippers Conditions Index falls sharply in May but remains high