Hundreds of thousands of fans rely on NASCAR’s fleet of 24 trucks to move personnel, inspection equipment, tools and timing and scoring systems to events nationwide.

Doug Kaufman has been with Babcox Media since 1987 serving in a variety of editorial and publishing roles and titles. He is currently publisher of Engine Builder. He also has been editorial liaison between Babcox and the National Association for Stock Car Auto Racing (NASCAR) for the past 12 years. Doug has a Bachelor of Science in Journalism from Bowling Green State University and remains a committed MAC enthusiast.

When you’re at the mercy of the weather, scheduling your fleet vehicles’ movement can be a challenge. And when you’re dealing with a perishable product, it’s critical that your trucks get from place to place with time to spare. 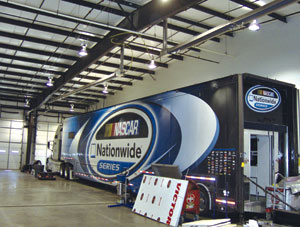 Keeping his fleet in nearly constant motion, Robert “Buster” Auton insists handling the movements of up to 24 trucks in no big deal—but hundreds of thousands of NASCAR fans would vehemently disagree.

Based in Conover, N.C., northeast of NASCAR’s Charlotte operations, the NASCAR Transportation office is located in the former race shop of NASCAR Champion Dale Jarrett. It includes a 29,500-sq.-ft. area for housing all of NASCAR’s transporters.

“We have 24 trucks (tractors and trailers) between the various series,” Auton says. “We’ve run Mack since 1975 and Freightliner since 2006. We just renewed our contract with both companies to continue our relationship.”

Auton says his vehicle lineup includes a variety of Mack tractor models, production years 2004, 2006 and 2008. In addition, NASCAR just took delivery of a new lineup of 2011 Freightliner Coronados. “Everything for the national series is a sleeper cab, but the regional series use Freightliner SportChassis models,” he explains.

Surprisingly, even criss-crossing the country to tracks in Florida, California, New England, Texas and Michigan (as well as dozens of others), NASCAR official trailers generate relatively low mileage.

“It may sound hard to believe, but we only put on about 60,000 miles each year,” explains Auton. “We just turned in some ’06 model trucks that had only 200,000 miles on them—some didn’t even have that. We’re certainly not wearing them out, and it’s a lot of work to switch the trucks out…a lot of money, too. 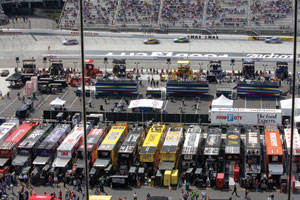 “We have a program with Freightliner to replace those tractors every two years,” he says. “But if we haven’t used them up, we’re just as likely to keep them. We’re just getting used to them at two years!”

The new tractors feature technology designed to help improve NASCAR’s operation, says Auton. “Our new trucks are cleaner and greener. Each Coronado has a built-in selective catalytic reduction (SCR) system to not only bring NOx and particulate matter down to acceptable levels, but also to help improve fuel economy. The way technology is going, it’s hard to tell where it will end!”

Auton started his career with NASCAR 37 years ago. “I started out as a truck driver and official. Then, when (legendary Pace Car driver) Elmo Langley died, I started driving the Pace Car at the races, too,” he says. “NASCAR’s fleet operation was nothing like we have today. Back then we had one truck for the Cup Series and one truck for the support series then known as Late Model Sportsman. We had just one truck going to all the races—but the key difference is we had fewer races and DOT regulations weren’t as strict.”

Today, Auton must coordinate travel schedules for teams of drivers. “Any race more than 1,800 miles away, we have to send 2 drivers. To keep within regulations, they can only drive 11 hours and then have to take 10 hours off. Otherwise, it’s pushing it to get where we need to be without having to leave two or three days early.”

A purpose for everything

Each of the trucks has a specific purpose. The “Oval Office” is NASCAR’s version of the principal’s office. This is the one you’ll hear about during a race when the announcer says “He’ll be called to the trailer.” Confiscated parts are kept there and drivers, owners, crew chiefs and team members are sent there after the race for any disciplinary conferences.

The “Radio trailer” holds all the radios that race officials use during the weekend. In addition, Mike Helton, NASCAR’s president, has an office there. The trailer also contains a conference room for meetings.

An additional “Conference trailer” contains a large conference room for meetings and office space for several high-ranking officials, including the race director, to work in. Also, NASCAR feeds a couple of hundred people each week, so there is an actual kitchen with two chefs.

The “Safety Liaison” trailer is used for officials to train safety workers and investigate cars/trucks that are involved in any accidents.

The setup for the other series is similar, but on a smaller scale.

The beginning of this season’s travel schedule was as follows, Auton says. “Two drivers left from Conover on Monday, Feb. 21. They drove to Phoenix, and then the extra driver flew back home. The driver who worked Phoenix started driving to Las Vegas Motor Speedway on the Monday following the Phoenix race. He then stayed in Las Vegas during that race. Another driver flew back in on Saturday, everyone got a good night’s sleep and then the team started driving home Sunday right after the race.”

Auton says Mother Nature will occasionally make his job even more challenging, but has so far restrained herself from causing him to have a no-show. “Even when races are rained out, we stay until we DO get it in before we head on down the road. In certain situations, we’ll bring additional help in—and I’ll even get in the truck if it’s needed.”

Shop team
Once back in Conover, Auton says his team (which includes one other shop person) will restock the supplies in the Featherlite trailers and make minor repairs as needed. “Thanks to NASCAR’s relationship with the OEMs, most regular maintenance is handled by local dealers,” Auton explains. We’ll do some of the smaller stuff—replacing lights and the like—but the major stuff, including oil changes, will be done at the dealer. Trailer repairs are handled by Featherlite.”

Although his shop staff numbers are small, Auton says the people he works with at all levels of the transportation department are dedicated professionals. And he’s doing what he can to be sure they continue to get the most out of their jobs. Working with Freightliner, he recently gave his drivers an educational opportunity.

“Freightliner recently took us down to its factory. The gave us a lot of in-depth information about the new truck’s operation and how to get the most out of what it can offer. The guys who went learned a lot about the vehicle they never would have known,” says Auton. “Truck drivers are often used to just getting in the truck and driving it—their job is just to get it from point A to point B and back. To be able to give them more information about the entire operation is a good thing.”

In a sense, drivers are not only representatives of NASCAR but of Freightliner, Mack and every company involved with NASCAR. Auton sees increasing recognition of this fact from his drivers.

“That’s something that’s been coming up more and more often,” he says. “Our guys want to know more about the business, so that tells me they’re getting enthused about learning. Let’s face it—you learn every day, no matter what it is you’re doing.”

In typical understated Southern style, Auton says his job is simple. “My job is basically the coordinating of getting equipment where it’s needed. It’s just moving stuff from here to there. To me, it’s no big deal.”

He admits however, that when you’ve been doing the job as long as he has, you learn that a crisis is usually never as bad as it may seem. “A different situation may arise that you’re not expecting. When it does, you just go out and take care of it. Sometimes it seems natural to you but it can still be a challenge, and that’s good. I like a challenge. All of our guys have been with us a long while. We have very low turnover and I think it’s a great place to work. I still love to come to work each day.”

This, he says, is the way it is throughout the NASCAR organization—hardworking people doing what it takes to get the job done. “It takes a lot of people working together to do what we do each week. I’m just a small spoke in the wheel.”

Advertisement
In this article:Fleet Best Practices

Keeping the show on the road 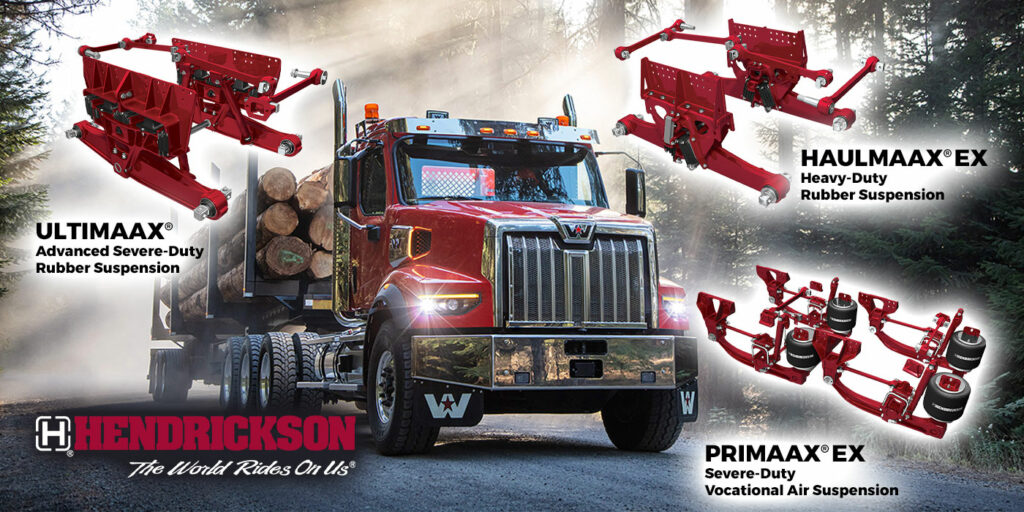