The right coolant, coolant filter stand between you and repairs 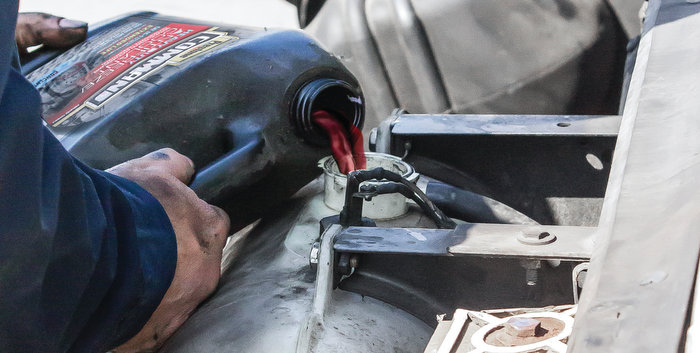 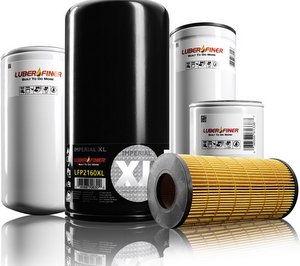 The biggest factors surrounding engine coolant are maintaining engine temperatures, assisting in emission control and being plagued by chemical and particulate contamination, says John Gaither, director of heavy-duty engineering for Luber-finer. In addition, he notes, they often must handle rust, silicate drop out and scale, which is caused by an unbalanced system and needs to be filtered out if the coolant is not being changed.

Gaither explains, “Cooling systems are a closed circuit from the water pump to the engine to the radiator. Coolant filters are by-pass type filters, they take a portion of the pump output and direct it through the coolant filter, which in most cases, has an orifice to control said flow. It is important to know which type of coolant is in your radiator and match it to the correct coolant filters. Standard coolant typically requires ‘charged’ coolant filters with supplemental coolant additives [SCA]. Long-life organic acid technology [OAT] coolants use filters that remove contaminant but do not have a chemical charge. Charge intervals also need to be understood as they may impact filter changes.”

Colin Dilley, Ph.D, director of technology for Prestone Products Corp. says, “There is confusion around which coolant should be used, their advantages and why are there different costs and colors. New trucks typically come with nitrated organic acid technology [NOAT], yet to save on initial cost of purchase, that coolant is topped up with inorganic additive technology [IAT] conventional or IAT with SCA. Both these coolants have inhibitors that are used up much faster than those in a NOAT or OAT.”

Dilley goes on to say, “Heat is controlled by the mix of glycol and water, if it is the wrong mix, the amount of heat removed is changed and engine will not run optimally. However, if step one (4Cs) is wrong, then the cooling system is compromised and heat exchange cannot occur as engineered. Then even with the right percentage mix, optimum cooling cannot occur.” 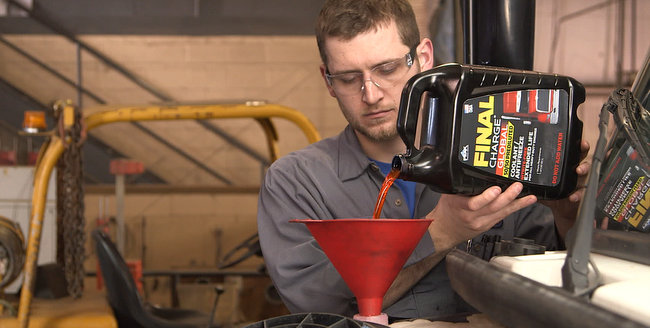 Marty Martinelli, national account sales manager at PEAK Commercial & Industrial, states, “The challenges today are about the higher coolant temperatures due to the addition of exhaust gas recirculation [EGR] valve. Because today’s diesel engines are equipped with EGR coolers to cool exhaust gases with engine coolant before they are recirculated back to the combustion chamber, coolant at the EGR cooler is at the highest temperature. Boiling of the coolant in EGR cooler can lead to internal coolant leaks. Pockets of air resulting from improper coolant fill procedures can lead to increased heat, increased corrosion, degraded coolant and ultimately the premature failure of the EGR cooler.”

He goes on to say that coolant systems need to be properly de-rated during filling procedures. Most OEMs, today, require the use of equipment to vacuum fill or pressure fill the system to help eliminate entrapped air. In addition, there is silicate precipitation (drop out) due to overdosing of SCAs. This reduces aluminum protection and decreases heat transfer. Other problems include aluminum flux left in radiators from manufacturing. When this flakes off, it exposes bare aluminum and causes rapid silicate depletion.

Martinelli notes, “40% of all engine downtime is coolant system related, so with that in mind, a solid coolant management program is imperative. Protecting your cooling system with conventional SCAs is a well-established and proven program, but a single over-the-road tractor on a conventional system requiring regular SCA maintenance will spend between $300 and $500 every 500,000 miles in parts and labor.” He believes that today’s extended life coolants also have a proven track record, require little to no maintenance and are recommended by all heavy-duty OEMs. “The idea is to get to a single coolant and a single maintenance program that is easy to implement throughout their shops,” he says. “The coolant also needs to be readily available over the road. A fleet needs to understand the cost of ownership, which ultimately affects their cost per mile.” He also cautions fleets to be aware of the confusion of coolant technologies at the shop level, which can lead to SCAs being added when not needed or SCA not being added to conventional coolant thinking it’s an extended life coolants [ELC] technology. 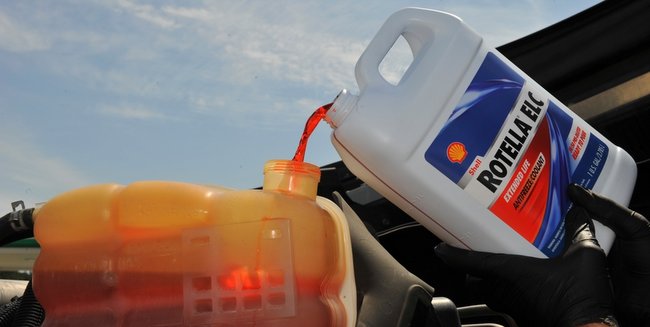 Stede Granger, OEM technical manager, Shell Lubricants, says, “We believe that the biggest factor to be concerned about is probably contamination in today’s ELCs. ELC-type coolants such as Shell Rotella ELC require very little extra maintenance when not mixed with conventional silicate type coolants [commonly referred to as green coolant]. Once the ELC coolant is significantly contaminated, ELC performance benefits are compromised and it should be maintained as conventional silicated coolant.”

Granger reports that, currently, a high number of new trucks are factory filled with an ELC type coolant. If these trucks are maintained with a similar or good quality ELC coolant, then the truck owner/operator should expect to see many years of good cooling system performance. He suggests that SCA packages should not be used in ELC coolants but notes that they are mandatory for conventional silicated coolants. TMC RP 329 type A or B should choose SCA packages so that it matches with the coolant SCA type that is defined.

Be sure to check out all of our coolant and filtration feature coverage.

Prestone Products’ Dilley encourages fleets to follow TMC guidelines and good maintenance schedules, which dictate reaching that coolant life. When buying coolant, he says look for quality. “Cheap fluid, especially with poorly recycled glycol base will eventually cause corrosion and leakage and heat exchanger blockage technology,” he says. “Match a modern coolant to a modern engine. Go with a NOAT/OAT for longer coolant system life. Also, test the coolant.” 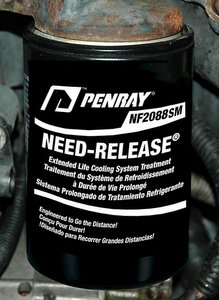 Mike Tourville, director of marketing for Evans Cooling, says “Engine heat is a big factor by itself—and the ability to control metal temperatures, especially under extreme operating conditions, heavy loads, high altitudes and high ambient temperatures. EGR cooler failure and related maintenance issues make this more challenging. Various coolant technologies have been introduced in recent years to minimize maintenance problems, but the different types of coolants such as long life, OAT or hybrid organic acid technology (HOAT) technology, along with the need to use SCA can become confusing to the user. We believe there are a few advantages of a water-based coolant, which include a lower cost, more availability and easy replacement. Water provides superior heat transfer as long as it remains in its liquid state.”

Steve Muth, chief chemist for Penray, agrees that engine heat is one of the biggest factors related to coolant filters. He says, “Engine heat is important and appears to be part of the problem especially with CNG engines. Higher heat loads on the coolant, especially due to high EGR rates, are also a factor. Another important issue is extended maintenance intervals. A filter has to last longer because it won’t be checked as often.”

Fleets should expect coolant filters to last 100,000+ miles before replacing. When buying replacement filters, “Fleets should use synthetic or glass filter media—cheaper cellulose ones don’t hold up. If the filter contains maintenance chemicals, make sure it matches the coolant chemistry and maintenance program.”

PEAK’s Martinelli reminds, “Due to government mandates, the future of cooling systems includes phasing out EGR and replacing it with SCR technology, which will allow the engine to be run at a hotter temperature thereby increasing MPG. This technology also reduces the NOx, a pollutant that is increased when the engine runs hotter. So having maintenance free-coolant with the heat transfer benefits of extended-life OAT corrosion inhibitors is the coolant for the future.