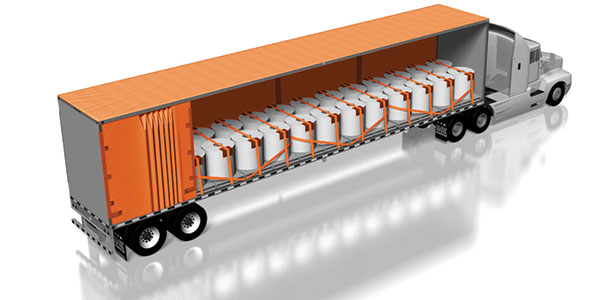 Kinedyne introduced two new products at the North American Commercial Vehicle show: a load-rated curtain-side system and a double-decking system designed specifically for curtain-side applications. The curtain-side system opens and closes quickly, but is engineered to restrain lateral cargo movement, the company said. A load-rated curtain gives a trailer the combined advantages of flatbed access and a van’s walled structure. The double-decking system maximizes load density, allowing loading and unloading access of both cargo levels from the sides and rear, and all of its components conveniently stow in the trailer to avoid loss or damage.

The load-rated curtain-wall system has a reinforced structural profile, and the company says it is suitable for trailers up to 53 ft. With rapid access on both ends, the cargo space can be opened and closed again quickly. Possible applications include palletized cargo, double-decking, rack-mounted goods and the transport of beverages, the company suggested.

“Popular in Europe, load-rated curtains become part of a vehicle’s overall load securement system. They save time, weight and fuel, while providing sideways restraint to otherwise fully secured loads up to the curtain’s stated rating,” Paul Wolford, vice president of sales and marketing for Kinedyne, said. “Our rated curtains will display their load rating as either allowable weight per pallet width, allowable weight per pallet space or total payload of evenly distributed pallets across the entire deck space. Forward and rear cargo restraint must still be provided by headboards, tailboards and other traditional load securement methods.” 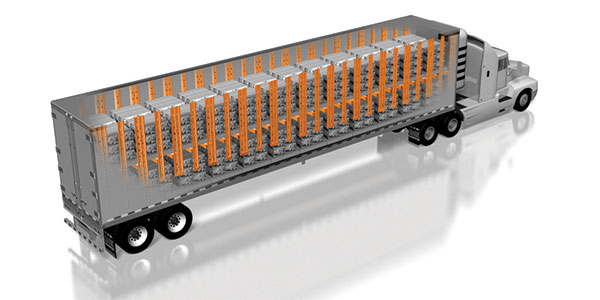 The double-decking system enables users to optimize the cargo capacity of Kinedyne’s load-rated curtain-side system. The system accommodates cargo of varying dimensions and heights and can support between 13,000 and 24,000 lbs. on the second loading levels.