A look back at year one of the ELD mandate 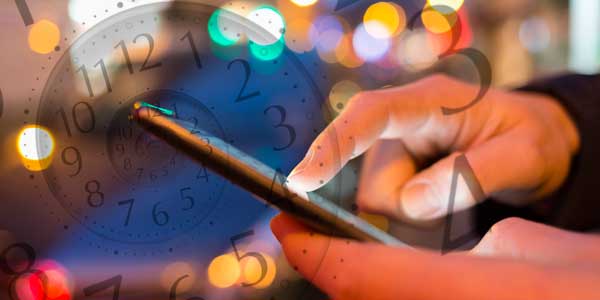 When the Federal Motor Carrier and Safety Administration (FMCSA) published the ELD Final Rule in 2015, fleets and carriers had two years to prepare for the switch from paper logs to electronic logging devices (ELDs). Despite this timeline, many in the transportation industry weren’t fully prepared for the December 2017 deadline and experienced culture shock about the realities of operating with ELDs. Now, more than a year later, most of the growing pains around the new technology have dissipated and a few key trends and challenges have emerged.

Adopting ELD solutions was a bigger challenge for some fleets than others. Many put off research, implementation and training until the last moment, while some bought and installed equipment, but didn’t use it. There was a prominent misconception that simply having an ELD solution physically in the truck meant compliance, but that’s not the case.

Another shock came when many fleets and carriers realized they had been misinterpreting HOS rules all along—in some cases, for years. Many assumed they’d been operating in compliance, but the difference was that with paper logs, some errors were overlooked. Once regulations and rules were hard coded and set in stone through ELD systems, the devices clearly identified discrepancies between carriers’ interpretations of the laws compared to what the FMCSA intended.

Looking ahead to 2019, it’s likely data culled from ELDs will be used to show the realities of how HOS regulations affect carriers and reexamine the current FMCSA rules. This process is already in place. Data points shared with the FMCSA and Department of Transportation are being used to re-evaluate some current HOS rules, such as special consideration placed on revising the current mandatory 30-minute break for drivers after eight hours of continuous driving.

Some of this initial ELD shock has, thankfully, worn off as drivers are trained on and become more comfortable using the systems, and managers and leaders become more confident and diligent in their compliance. The FMCSA has seen fewer violations since the ELD mandate rollout, with 1.22% of drivers with at least one violation dropping to .55% in October 2018 compared to October 2017.

Another ELD trend seen in the past year is that it’s leveled the playing field for carriers. Before 2017, the reality is that smaller carriers often got away with some HOS violations while using paper logs, as managing and monitoring HOS compliance often fell to office administrators or supervisors, who were already busy and sometimes didn’t catch errors. But with hard-coded ELD devices, all carriers, no matter the size, run within the same set rules, making shipping rates more consistent.

In 2019, this leveled playing field will influence how carriers and shippers do business going forward. With the ELD mandate and driver shortage shrinking carrier capacity, carriers will have an opportunity to make decisions about the shippers they work with, which will play an increasingly important role in their profitability.

While the transportation industry continues to adjust to the mandate and more of the culture shock wears off, it’s important to prepare for the December 2019 AOBRD deadline as early possible. Carriers should work closely with their providers to ensure a smooth transition, from holding regular trainings to staying on top of software updates While the transition between AOBRD and ELDs should happen more easily this time around, it’s up to fleets and carriers to apply the lessons earned from 2018 into a comprehensive migration strategy for a seamless transition.

This article was contributed by Oswaldo Flores, safety and compliance product manager for Teletrac Navman.