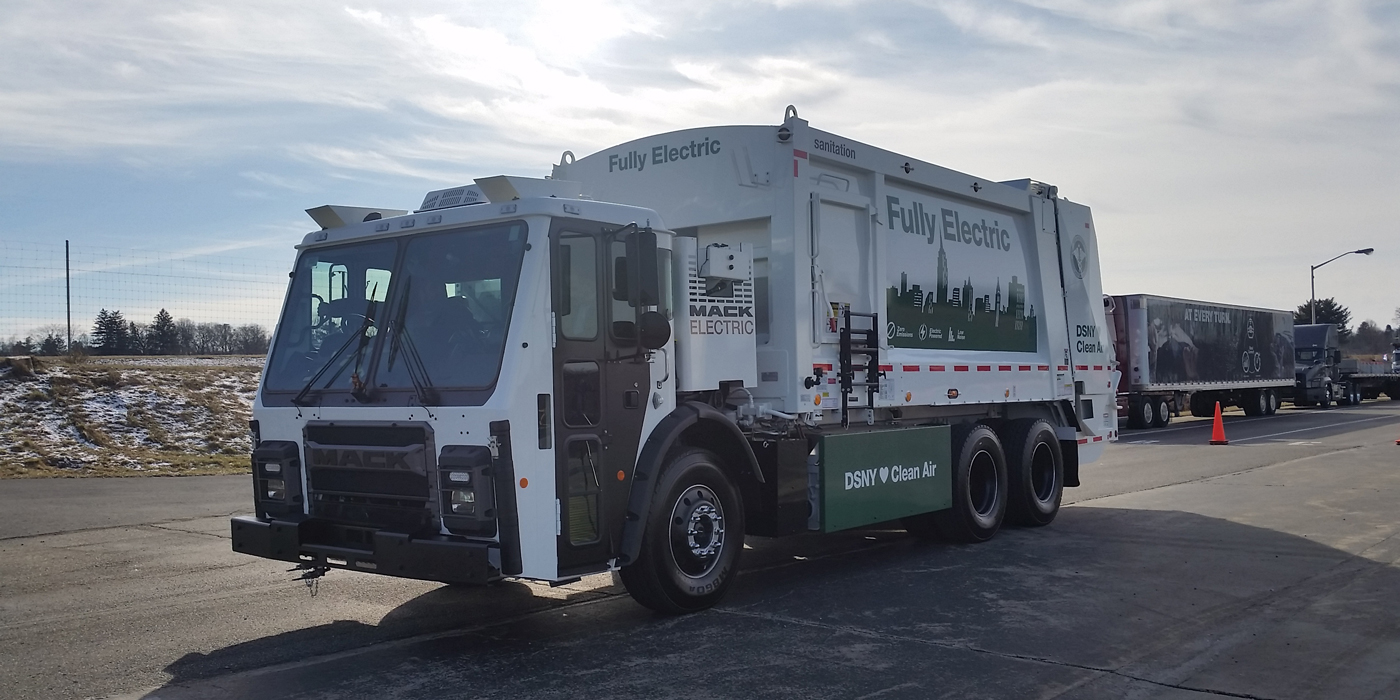 The New York City Department of Sanitation is testing the truck with an eye toward adding more electric models to its fleet in the future.

At a recent event at their Allentown, Pennsylvania Customer Center, Mack Trucks demonstrated the first model of its LR Electric refuse truck. The truck will now be transferred to the New York City Department of Sanitation (DSNY), where it will begin testing on the city’s refuse routes in order to gain real-world insights into the truck’s performance.

DSNY will base the Mack LR Electric demonstration model at its Brooklyn North 1 garage and test it on a local collection route. Several vehicle performance metrics will be evaluated by DSNY, including operating range, payload capacity, regenerative braking performance and the overall functionality of a fully electric refuse vehicle in their operation.

“There is no tougher testing ground than the city of New York for a truck like this,” said Jonathan Randall, senior vice president of sales and marketing for Mack Trucks. “By doing this, what becomes commercially viable as a result will address the needs of the entire customer base.”

DSNY says that it is testing the truck with an eye toward adding more electric models to its fleet in the future. The department has a goal of reducing its greenhouse gas (GHG) emissions by 80% by 2035 (compared to a 2005 baseline).

“We’ve already made some progress but we have a lot more to do, and we can’t do it without this electric truck,” said Rocky DiRico, deputy commissioner of DSNY.

The LR Electric is based on Mack’s existing LR refuse truck, but with an electric battery and motors taking the place of the typical diesel engine. Specs for the truck include two 130-kW motors that deliver a combined 496 peak horsepower and 4,051 lb.-ft. of torque available from zero RPM. A two-speed Mack Powershift transmission harnesses that power and puts it to the ground through Mack’s S522R 52,000-lb. rear axles. The truck features four NMC lithium-ion batteries (lithium nickel manganese cobalt oxide) that are charged via a 50kW, SAE J1772-compliant charging system. All accessories on the Mack LR Electric model are electrically driven through 12V, 24V and 600V circuits.

Advertisement
In this article:Electrification, Mack Trucks