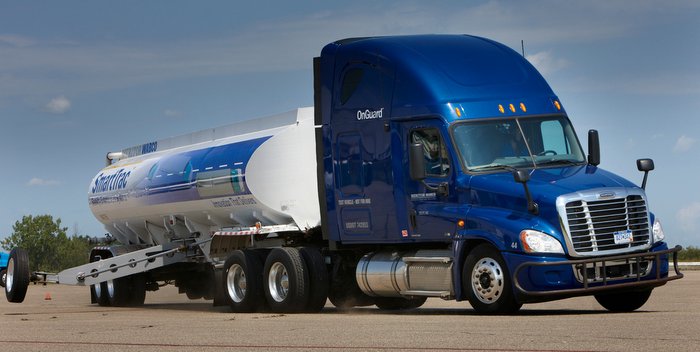 Citing 2013 data on crashes involving large trucks, Van Steenburg indicated that the increase from 2012 was less than half that in the prior year. In addition, the 2012 to 2013 change in fatalities in large truck crashes was just half a percentage point compared to 4.3% growth in the previous 12 months.

In other words, while the number of events involving large trucks was still rising in 2013, the rate of increase had slowed. In some respects, that may be seen as a positive development, but there are several unanswered questions about crash statistics.

One of those is about Compliance, Safety and Accountability (CSA), the FMCSA’s safety measurement and reporting initiative. In comments filed with FMCSA in March, the American Trucking Associations (ATA) urged the agency to make a common sense change to CSA by removing crashes trucking companies and their drivers did not cause.

“ATA identified the inclusion of all crashes, regardless of responsibility, as a serious shortcoming of the Compliance, Safety, Accountability system over five years ago,” the trucking group said. “It is illogical, and a poor use of scarce enforcement resources, to label carriers as unsafe based on crashes they did not cause.”

Currently, ATA said, FMCSA insists on using all crashes against carriers, even ones the commercial vehicle obviously did not cause. “Merely being struck by another motorist does not make one more likely to strike others,” the association pointed out, adding that the goal of CSA should be “to identify the predictive value of crashes in the same way the agency does with violations. Crashes that a commercial motor vehicle driver did not cause are not indicative of the motor carrier’s propensity to cause a future crash.”

Since FMCSA only has enough resources to audit 16,000 trucking companies (3% of the population) annually, the agency must identify and select those that cause crashes, not those struck by others. FMCSA already removes such crashes from consideration when assigning a company’s official safety rating after an audit, but refuses to make a change to the publicly available CSA data intended to reflect safety performance.

“FMCSA’s failure to address this real flaw is especially egregious in light of its push to make CSA scores easier for the public to access and its encouragement that the public make decisions based on what they know to be faulty information,” said ATA President and Chief Executive Officer Bill Graves. “We have raised this issue and Congress has raised this issue. It is time for FMCSA to do what it knows is right and make this common sense change.”

Mitigating collisions with the latest in safety systems